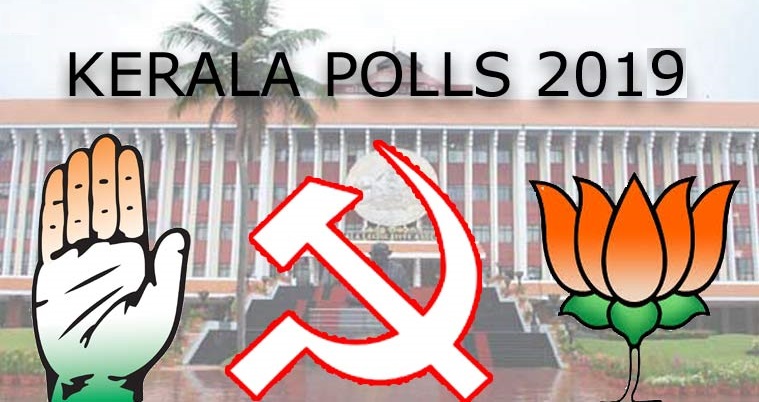 The announcement was made here by Kerala BJP President P.S. Sreedharan Pillai in the presence of BJP national Secretary Satya Kumar and George himself.

The 67-year-old George, who represents the Poonjar assembly constituency in Kottayam district, was a member of the erstwhile Kerala Congress, then Kerala Congress faction led by former State Minister P.J. Joseph, then moved base to the party of now deceased K.M. Mani before floating his own party.

In the 2016 assembly polls, George recorded his seventh electoral victory with a margin of over 27,000 votes, defeating candidates put up by the three political fronts in the state.

Meanwhile, the CPM has no issues with the NSS and don’t expect enmity during election time, said CPM state secretary Kodiyeri Balakrishnan in an interview to an online site. Don’t have any issues with the NSS and don’t think they will take such a stand during the election time. I think the NSS leadership has given the right for their activists to take an independent t decision, he said.

Kodiyeri welcomed the open stand taken by the NSS now. They have publicly announced that they have taken an equidistance approach. The NSS had taken a stand on the Sabarimala issue and they are firm in it.

However, the NSS which had impleaded itself in the Sabarimala case right from the beginning had also filed a review plea. There is no change in the stand taken by them and are firm in it. So, we don’t have any hostility towards them. Let them stick to their stand. They have filed a review plea in the Supreme Court. The government has decided to abide by the decision taken by the apex court on the review plea filed. The CPM has no hostility towards the NSS, he said.