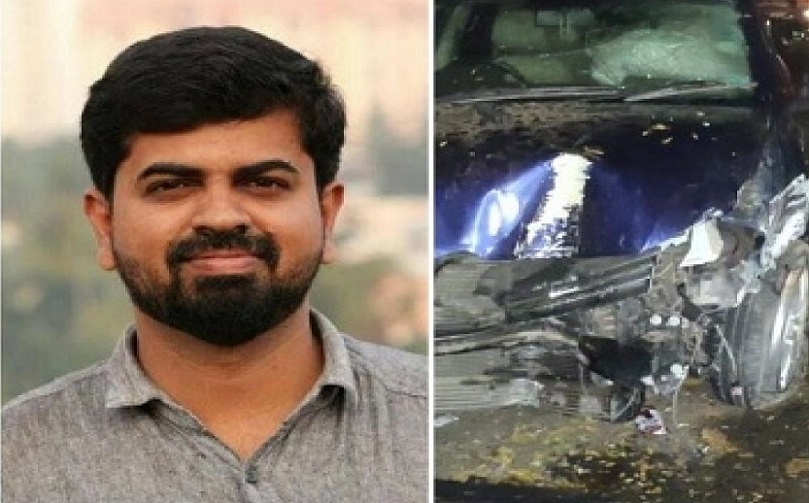 Thiruvananthapuram Aug 15: The Kerala cabinet today decided to provide a government job to the wife of a senior journalist, who was killed after being hit by a car driven by IAS officer Sreeram Vekitaraman last week.
After chairing the cabinet meeting, Chief Minister Pinarayi Vijayan told reporters here that the wife of late K Muhammed Basheer would be appointed in a suitable post at the state-run Thuchath Ezhuthachan Malayalam University in Malappuram, in accordance with her qualification.

A financial aid of Rs.6 lakh would also be given to his family-two lakh each to his mother and two children, he added. Basheer (35), the Thiruvananthapuram bureau chief of Malayalam daily “Siraj” was killed on the spot when the luxury car driven by the IAS officer, allegedly in an inebriated condition, had hit him in the wee hours of August 3.

The government’s solace to the family comes a day after the Kerala High Court had dismissed its plea seeking the cancellation of the bail granted by a magistrate court here to Venkitaraman, who was arrested for alleged drunken driving that caused the death of the journalist.

Dismissing the government’s plea, the high court said there was no need for the officer”s custodial interrogation in connection with the case.

It also observed that there was no material evidence to suggest that the IAS officer was drunk while driving.

The IAS officer was arrested on August 3, hours after the luxury car driven by him allegedly in an inebriated condition while returning from a private party knocked down Basheer, killing him on the spot.

Venkitaraman was later remanded to 14 days of judicial custody but a magistrate court had granted him bail later.

The government had, on August 6, suspended the officer, who was serving as the survey director. A Special Investigation Team (SIT) has been constituted to probe the case.