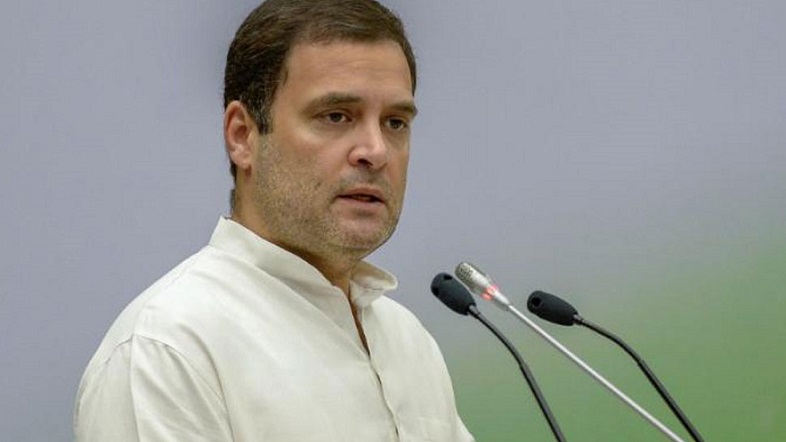 New Delhi Aug 15: Congress leader Rahul Gandhi has written to RBI Governor Shaktikanta Das, urging that the moratorium on repayment of crop loans be extended to December 31 for farmers in Kerala in the wake of floods in the state.
The number of dead in the Kerala floods is 95, as per government figures, and over 1.89 lakh people displaced by the deluge since August 8 have taken refuge in 1,118 camps, some of which were visited by Gandhi, the Lok Sabha MP from Wayanad, on Monday.

In a letter to the Reserve Bank of India (RBI) governor, Mr Gandhi said Kerala has witnessed the worst floods in over a century and the devastating impact of the floods is further compounded by the inability of farmers to repay agriculture loans on account of widespread crop loss, and extensive damage to other productive assets.

External factors such as the sharp fall in global commodity price of cash crops have also adversely affected the ability of farmers to bounce back, he said.

“Kerala has witnessed a tragic spate of farmer suicides in the aftermath of banks initiating recovery proceedings against helpless farmers under the Securitisation and Reconstruction of Financial Assets and Enforcement of Securities Interest Act, 2002 (SARFAESI Act),” the Congress leader claimed.

“Despite the demand from the state government and opposition parties to extend the moratorium on repayment of loans to December 31, 2019; the state level banker’s committee has refused to consider the demand.

“I request the RBI to take measures to extend the moratorium on repayment to December 31, 2019,” he said in his letter to Shaktikanta Das.

The Congress leader on Monday had visited flood-affected areas in his Wayanad Lok Sabha constituency in Kerala, including worst-hit Puthumala, and assured all help to those hit by the calamity to rebuild their lives.

As per the official data, 1,057 houses have been completely damaged and 11,159 partially destroyed in the floods.