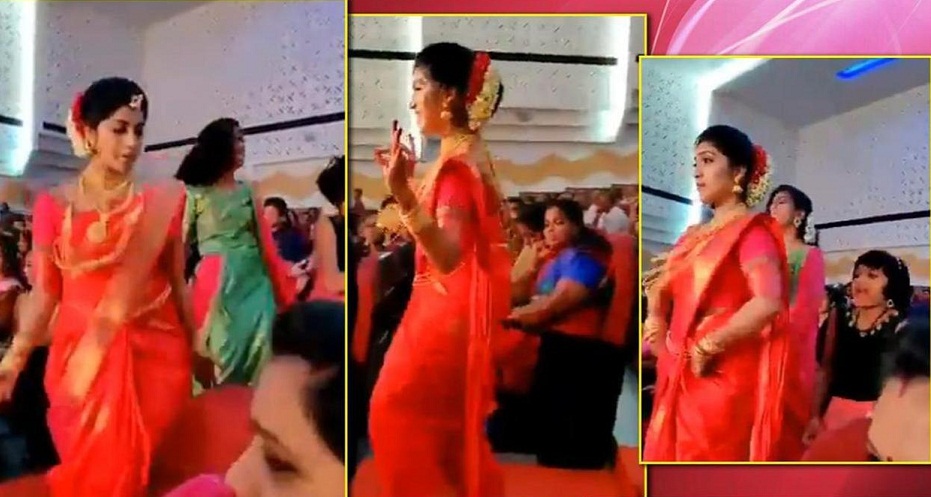 IDUKKI Feb 5: A bride in Kerala has surprised her groom and wedding guests by ditching the conventional bridal entry walk in favour of a fun dance. A video that has gone viral online shows the bride – identified as Anjali by Manorama Online – dancing with her bridesmaids.

In the video, Anjali, resplendent in a red saree, shakes a leg to the song Malaiyiru as her guests watch. She continues dancing to the song as she walks up to the stage.

According to Manorama Online, Anjali’s aim was to surprise her husband-to-be, Varun.

Anjali’s dance video, which was reportedly filmed at CR Auditorium in Kannur, first appeared on Facebook, where it has collected more than 76,000 views.