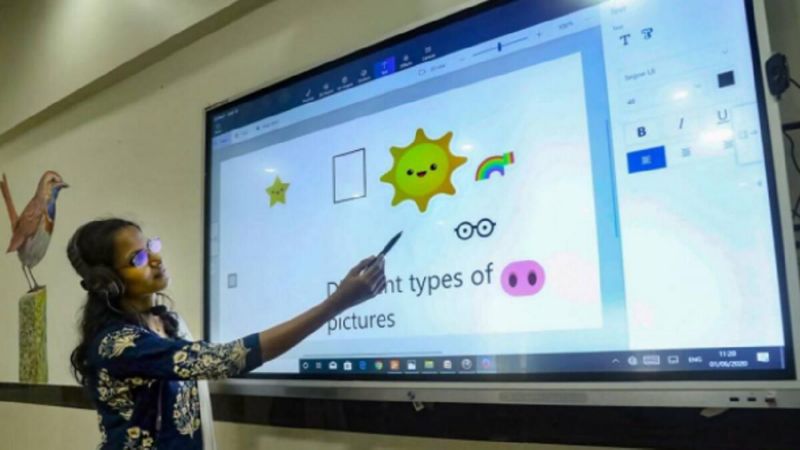 Thiruvananthapuram Oct 12: Kerala has become the first state in the country to have high-tech classrooms in all public schools, Chief Minister Pinarayi Vijayan said on Monday, describing it as “a proud achievement”. Making the announcement through a video conference, he said with the upgradation of all classrooms to international standards and setting up of Hi-Tech IT labs, children in the state have access to learn and grow with the help of advanced learning systems. Over three lakh digital equipment, including laptops, projectors, webcams and printers, have been provided as part of the project.

“Kerala has become the first state to have high-tech classrooms in all public schools”, giving a huge boost to the education sector, Mr Vijayan said. The government took special interest in providing education and presented before the world, a Left alternative, “a Kerala model of education for our future generations,” he said.

“It was the firm decision of the government to make education accessible to all sections of society. Now, all the children in the state have access to the opportunity to learn and grow with the help of advanced learning systems. It’s a proud achievement for the state,” the chief minister said.

As part of the mission, currently a total of 42,000 classrooms from Classes 8 to 12 have been equipped with laptops, projectors and screens and networked with school studios. It has been ensured that all lower primary and upper primary schools have at least one smart classroom with a computer lab, an official release said. All 16,030 public schools in the state are now equipped with 3,74,274 IT equipment; including 1,19,055 laptops; 69,944 multimedia projectors; 23,098 projector screens; 4,545 LED TVs; 4,578 DSLR cameras; 4,720 Full HD webcams and 4,611 multi-function printers along with high speed broadband internet connectivity to 12,678 schools, it said.

Mr Vijayan said the issue of loss of an academic year due to COVID-19 was averted with the help of online classes and the schools in the state will open once the conditions become conducive. However, online classes were not an alternative to classroom learning. “We were forced to do it due to the pandemic. When the situation returns to normal, schools would reopen,” the Chief Minister said. The state government had on October 4 said that in the light of the severe spread of the virus in the state schools were not likely to open at this juncture.

Mr Vijayan said the equipment has five-year comprehensive onsite warranty and insurance and to address complaints, a web-portal and call centre was also functional. He also informed that at least 1,83,440 teachers were given special training as part of implementing the digitisation mission. The Public Education Rejuvenation Mission was to transform schools into centres of excellence. This had been made possible to a large extent with concerted efforts of peoples representatives, local self-government institutions, parent-teacher associations, former students, and individuals, he added. – PTI