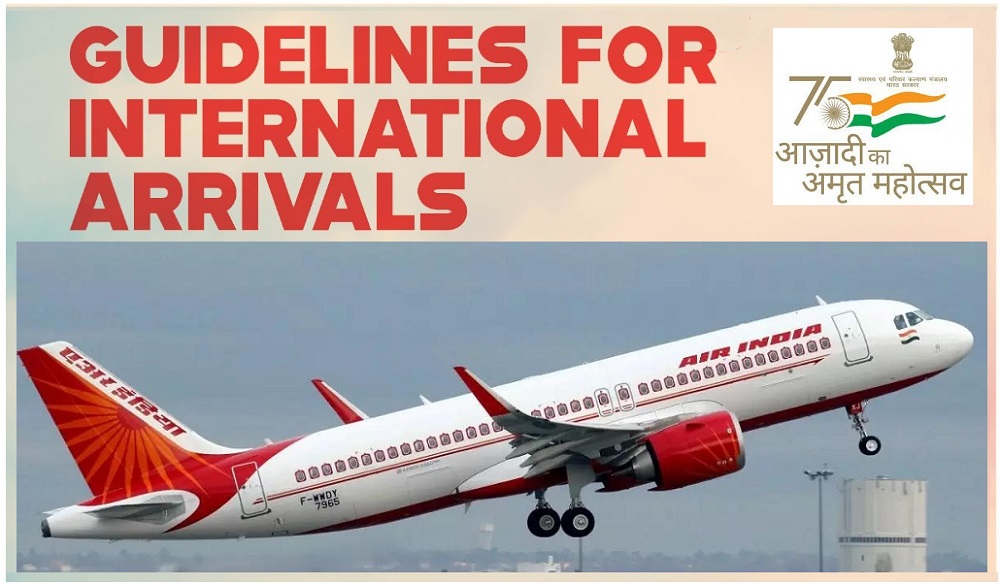 NEW DELHI Nov 26: Scheduled international flights to and from India will be resumed from December 15, the Civil Aviation Ministry said today (26th November 2021).

Due to the COVID-19 pandemic, scheduled international flights have been suspended in India since March 23 last year. However, special passenger flights have been operating since July last year under air bubble arrangements with around 28 countries.

The Civil Aviation Ministry wrote a letter to aviation regulator DGCA asking it to take “further necessary action” for the resumption of scheduled international flights.

If a country wants to operate scheduled passenger flights to another nation, a bilateral air services agreement has to be negotiated to decide how many airlines, ports of entries and total flights (or seats) weekly can be allowed between the two.

The Directorate General of Civil Aviation (DGCA) issued a formal notification about the resumption of scheduled international passenger flights after the receipt of the Aviation Ministry’s letter.

The countries that the Health Ministry has identified as not “at-risk” of COVID-19 will get “full capacity entitlements according to the bilateral air service agreements”, the Aviation Ministry noted. In a circular on Friday, the Health Ministry has put countries in Europe, including the United Kingdom, and South Africa, Brazil, Bangladesh, Botswana, China, Mauritius, New Zealand, Zimbabwe, Singapore, Hong Kong and Israel under the ‘at-risk’ category.

The Aviation Ministry said if a country has been identified to be “at-risk” of COVID-19 and has an air bubble agreement with India, then “75 per cent of pre-COVID scheduled international flight operations of Indian or foreign carrier whichever is higher or a minimum of seven frequencies per week subject to availability of entitlements under bilateral agreements will be permitted”.

For a country that has been identified to be “at-risk” of COVID-19 and does not have an air-bubble agreement with India, then only “50 per cent of bilateral capacity entitlements or 50 per cent of pre-COVID operations of Indian or foreign carrier, whichever is higher”, will be permitted.

Under an air bubble agreement between the two nations, airlines of both countries can operate special flights between their territories with certain restrictions.

The Aviation Ministry said on Friday: “The seats under air bubble arrangement which have already been sold by airlines, which are more than the capacity entitlements under bilateral air service agreements available with the airlines, will be allowed to be operated till December 14, 2021.” “Such airlines will restrict their operations to capacity entitlements enter bilateral air service agreements available with airlines with effect from December 15, 2021,” it added.

All scheduled international flights will have to strictly adhere to the Union health ministry’s protocols for international travel issued on November 11 this year, it mentioned.

The decision to re-open scheduled international passenger traffic comes amid concern over the B.1.1.529 strain first detected in South Africa and since in Botswana, Israel and Hong Kong.

Germany and Italy have joined Britain in banning most travel from South Africa as governments scramble to stop the new variant.

Researchers are still trying to confirm whether this makes it more transmissible or lethal than earlier variants. – PTI