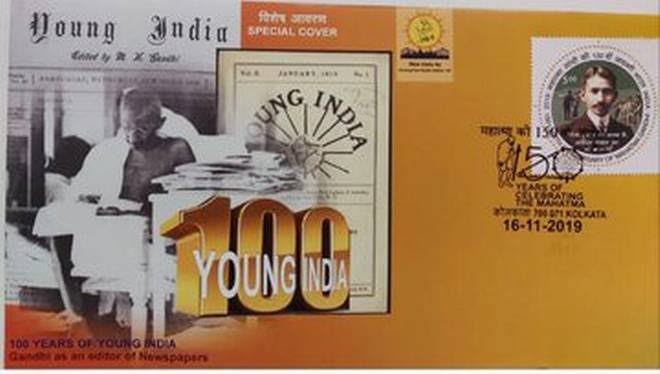 “Young India”, a weekly journal, was published by Mahatma Gandhi from 1919 to 1931 to propagate his ideology of Satyagraha and non violence.

The philatelic exhibition is being organized by the West Bengal circle of India Post from November 16 to 21, a statement issued in Kolkata said.

A “Gandhi gallery” was inaugurated at the General Post Office in Kolkata and a special cover on “Calcutta Tramways” was released inside a moving tram in the presence of senior officials of India Post and state transport department, it said.

Special philatelic covers on “Poets of Bengal”, “Sports Legends”, “Writers of Bengal”, “Melodies of Bengal” and on legendary film personalities of Bengal, Rituparno Ghosh and Suchitra Sen, will be released, the statement said.

A letterbox painting competition will be organized for the children to make them aware of the role of ubiquitous letterboxes that dot the streets, it added.- PTI