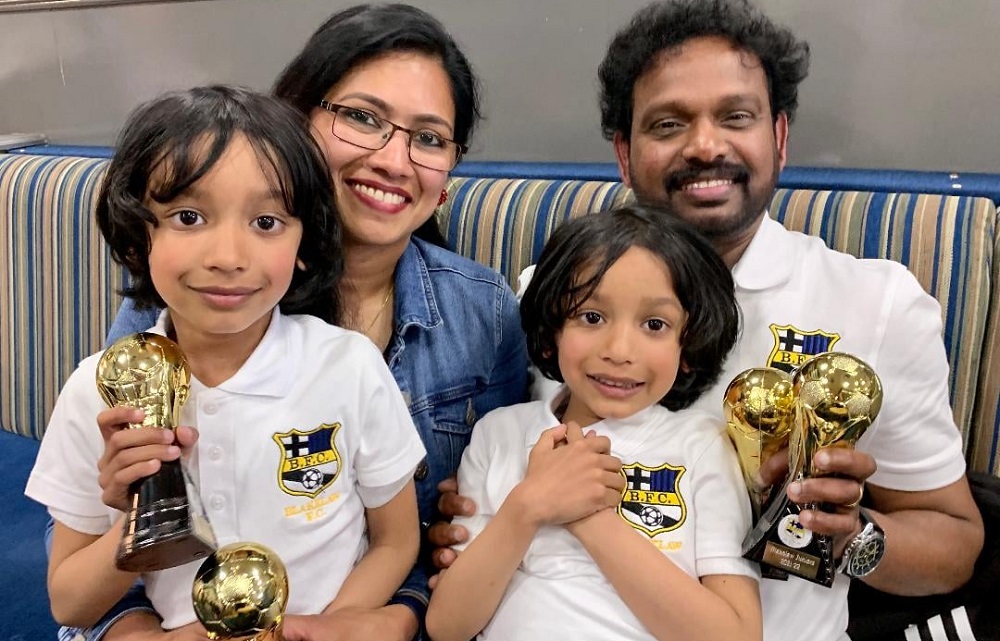 LONDON May 7: As news of the May 5 local council elections trickle in, here is a news of a Keralite who has won the contest from the Blakelaw ward of Newcastle Council with a huge margin.

Labour Party will has won the majority in Newcastle Council elections.

Juna Sathian works as Senior lecturer (Physics) at Northumbria University. Previously she was Honorary Senior Lecturer at Imperial College London. She did her college educaiton in Kerala and followed it up with further studies at Queensland University of Technology, Australia-PhD Physics.

Juna is from Pala in Kerala and married to Sathian Unni from Chalakudy. The couple have two children and settled in Newcastle.

Juna Sathian has been in the news recently when she started the Clean Community Clean World Facebook page in 2021 with her two sons Milan Sathya, 6, and Milind Sathya, 6, by going to Blakelaw park and picking up litter. Clean Community Clean World campaign is an initiative to clear up our green spaces beat plastic pollution and promote litter picking amongst school children. Every Saturday, Juna’s two boys are joined by their friends from Hilton Primary Academy and sometimes include children from other schools.

Even this morning when this website spoke to Juna, following her win yesterday, she was out picking litter with her two children alongwith others as part of her Clean Community campaign which she is very much keen to take forward for a clean world and better tomorrow for the future.

This website wishes Juna all the best in her future endeavours and also for making all Keralites proud of her achievement and efforts for a better tomorrow.