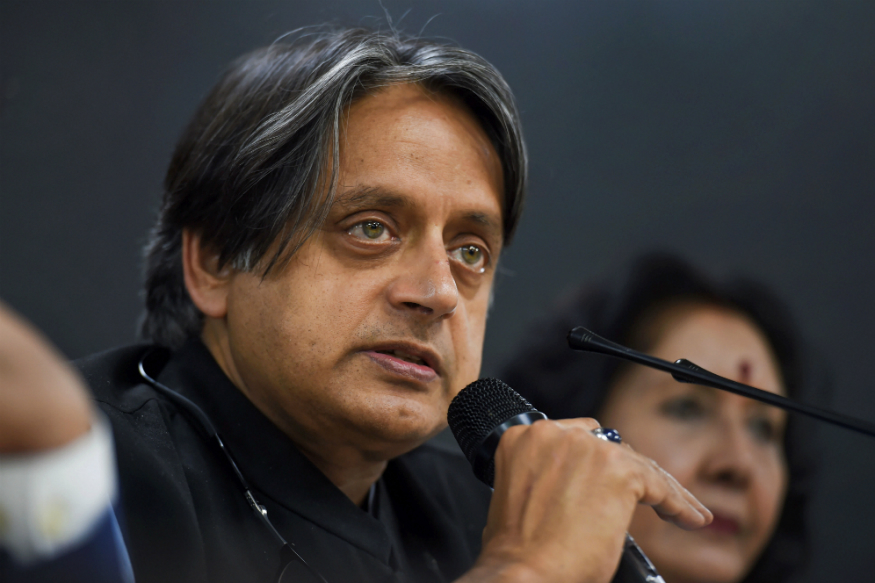 New Delhi Feb 24: The Congress must fix its leadership issues on top priority to address the growing perception among the people that the party is “adrift”, senior leader Shashi Tharoor said on Sunday and asserted that resolving the uncertainty over a long-term president was crucial for the party’s revival.
In an interview to PTI, Mr Tharoor also said that it was up to Rahul Gandhi to take a call if he wishes to return as Congress chief, but if he does not change his earlier stance then the party needs to find an “active and full-time leadership” so that the party can move forward as the nation expects.

The Thiruvananthapuram MP, who last week renewed his call for elections for the Congress Working Committee (CWC), said the process of electing some members of the party’s highest decision-making body will usher in a dynamic leadership team with a credible mandate to work together to address the organisational challenges.

Asserting that the Congress is the indispensable national alternative to the “divisive policies” of the BJP, Shashi Tharoor said, “The immediate cause of worry for many of us is that there appears to be a growing perception in the eyes of the public that we, as a political entity, are adrift.”

This is naturally driving some voters towards considering other political options and the most recent example of this was seen in Delhi, where the voters chose to side primarily with the AAP and to a smaller extent with the BJP, leaving the Congress with naught, he said.

“This is where the compelling case for urgently addressing this perception in the eyes of the public comes from — and for that matter, changing the attitude of the media, which is repeatedly writing us off dismissively,” Mr Tharoor said.

“But for us to do so, we do need to fix our current leadership issues. We need to start with a longer-term, as opposed to interim, Congress president, as well as the ”elected” membership of the Working Committee,” the former Union minister said.

Mr Tharoor said he is an advocate for free and transparent elections within the party for these positions as such a process would significantly add to their credibility and legitimacy.

The CWC found an excellent interim solution in Sonia Gandhi, but the party cannot indefinitely keep depending on and burdening a president who had only just relinquished the job less than two years ago, he said, adding that it is neither fair to her, nor to the voters.

He also said the repeated question of ”Gandhi or non-Gandhi” as party president was “missing the wood for the trees”.

“The larger concern and the need of the hour is to find a new president and leadership, and I am confident that if we do so through a participatory, transparent and democratic electoral process internally, the workers will at the end of the day throw their might and energy behind whoever emerges as the winning candidate,” he said. – PTI