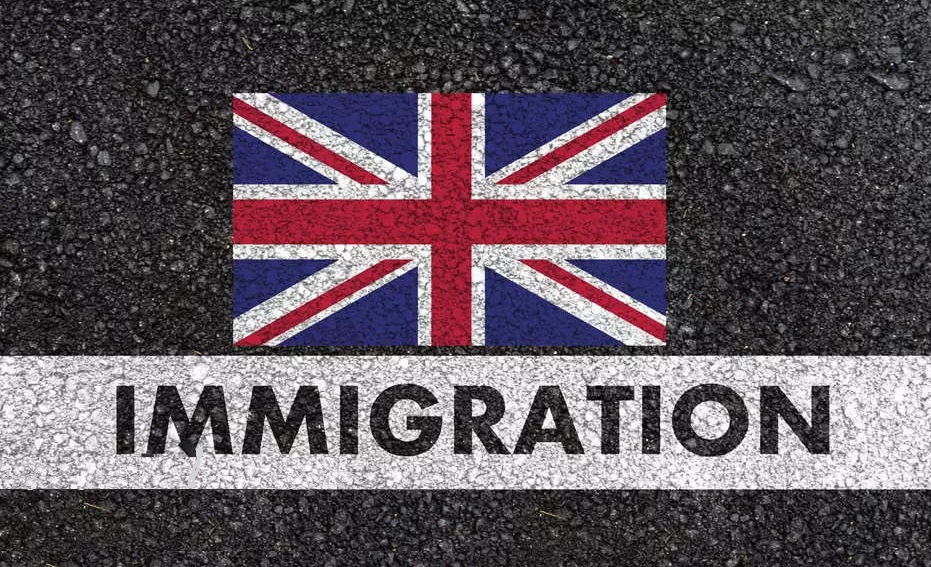 LONDON Oct 11: Business leaders have accused the British government of putting the blame on them for the supply chain and staffing crisis in the UK. They want the government to allow more immigration to plug the one million job recruitment gap.

But in his speech to the Conservative Party, Boris Johnson said a high-wage, high-skilled economy was being created in the wake of Brexit and the pandemic and that the country cannot keep relying on immigration.

In response, Federation of Small Businesses (FSB) national chair Mike Cherry said that the prime minister’s vision did not “match the current lived realities of small businesses and sole traders”.

Earlier this week, Lord Wolfson, the boss of the retailer Next and a Conversative Peer, said that overseas workers were the only way to solver labour shortages.

The government, which has fast-tracked 10,000 visas for European drivers and agricultural workers, wants an end to low skilled immigration following Brexit and the end of EU free movement of labour in the UK. The UK has also granted around 5.4 million EU citizens the right to stay in the country.

Boris Johnson and other ministers have called on businesses to employ or train British workers, which owners say is easier said than done.

There are over a million job vacancies currently advertised in the UK and British people have traditionally shunned lower paid jobs in care and agriculture, two sectors which have come to depend on migrant workers.

In a private meeting, a government minister commented that with over a million people unemployed and five million on benefits – like universal credit – it makes no sense to keep importing low-skilled staff from overseas while taxpayers pay for people to stay at home.

Matching job vacancies with unemployed people is a challenge. Employers want the right skills and experience as well as staff in the right location to fill job vacancies.

As a former employer, I found it extremely difficult to recruit people from the local Job Centre, which helps unemployed people find work. Candidates seemed unmotivated to take jobs and frequently failed to show up for an interview. Most were stuck in the so-called ‘benefit trap’ where they were financially better off on benefits than they would be taking a job.

Staff shortages are causing wages to rise sharply, with HGV drivers being offered up to £70,000 per annum and farm worker salaries soaring.

The higher wages, as well as rising fuel costs will have to be passed on to consumers leading to fears of a return to stagflation – high inflation combined with low growth.

Inflation has hit a 13-year peak and could reach 6% according to markets. Germany and America are also experiencing rising prices as oil and natural gas costs increase.

Reckless money printing on an industrial scale has always led to inflation from pre-war Germany to modern day Venezuela and Zimbabwe.

Higher inflation is good news for investors holding assets such as property and stocks which have reach record levels.

Investors are still piling into high priced stocks and properties like the party’s never going to end! Remind you of anything?

This week, another Chinese property company, appropriately named Fantasia Holdings, defaulted on interest payments following the Evergrande debt crisis. Could this be the tip of the iceberg and the next property and debt bubble?

If China goes down, it will take the rest of the world with it!

If you not worried because you don’t invest in stocks and shares or property, look at your pension fund.

There has never been a better time to stay informed and educate yourself on financial matters.

The KEY to building and KEEPING wealth is financial education.

Millionaires and millionaire habits have been studied and documented at academic levels for the last hundred years. Bestselling books, like The Science of Getting Rich and Thinks and Grow Rich, were written almost a century ago. I have also published my own book on how people get wealthy and how some lose it all – Yes Money Can Buy You Happiness.

We know exactly what the millionaire and billionaire habits and traits are, as success leaves tracks. All you need to do is follow their tracks to become wealthy and financially free!

If you would like to learn more about investing and managing your money, become a professional property investor, or would like to be financially free without working any harder, watch this free on demand training.

I will give a special free gift which can help you to immediately transform your finances when you attend the online training.

Click on this link to watch the free training now https://bit.ly/3wLWqx2