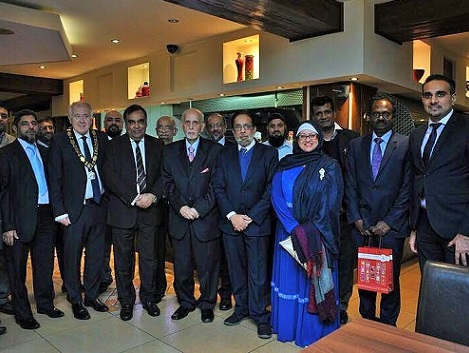 The Deputy Mayor of Newham, Cllr Ken Clark formally welcomed him on behalf of Newham Council.

Deputy Mayor, IMF President, Mr. Shamsuddin Agha, Newham Chair, Mr. Saeed Mohmed and other eminent members of Indian community in Newham held a civic reception for High Commission officers along with delegations from Indian origin Mosques, Temples and Gurdwaras who were in attendance along with local Councillors and other dignatories.