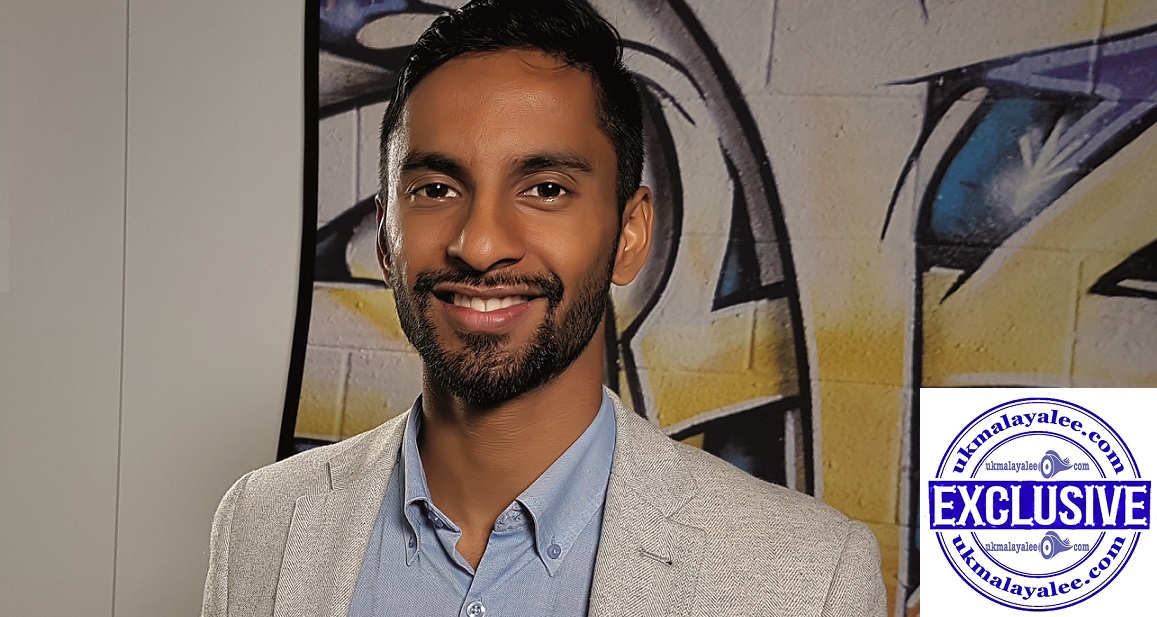 Bobby Seagull is a familiar name among the British TV audience and as a columnist for the Financial Times. The avid Maths enthusiast, who is a teacher and writer, is a household name with Maths students at school or university. Keralite Bobby Seagull rose to fame after appearing on BBC’s University Challenge, which has a viewership of 2.4 million. University Challenge in 2016-17 was intensely focused on Canadian Eric Monkman of Wolfson College, Cambridge and Indian-origin Londoner Bobby Seagull of Emmanuel College, Cambridge.

Bobby again hogged the limelight when he went on to win the Celebrity Mastermind telecast on BBC One. He received the trophy from the famous British host John Humphrys.

Bobby reviews newspapers for BBC Breakfast and is a columnist for the Financial Times, propagating the beauty of Mathematics.

His latest book, The Life-Changing Magic of Numbers shows how maths shapes everyday life using examples from a range of areas including cooking, sport and finance. His book reached the top 50 bestsellers on Amazon UK. He also write puzzles for BBC Radio 4 and hosts his own podcast Maths Appeal.

Bobby believes in the growth mindset principle that everyone can achieve competence in anything they want with hard work over a period of time.

During the time of Covid he is producing daily videos for his YouTube Channel, hoping to “help motivate our children through these difficult times”.

In a brief tête-à-tête Bobby shares about his latest projects and about his challenges with Balagopal, editor of www.ukmalayalee.com. 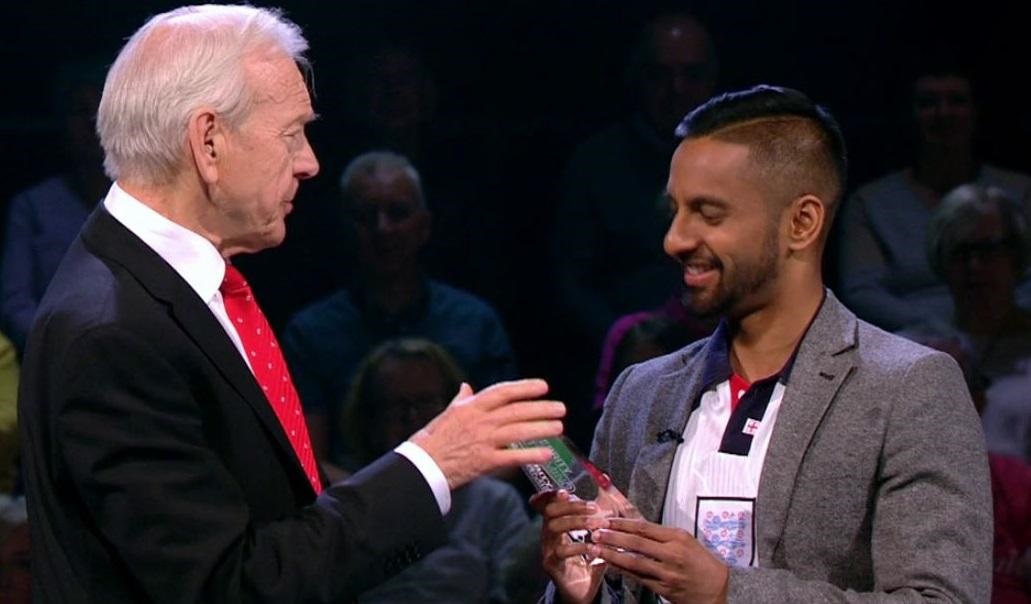 Bobby receiving the trophy for winning the Celebrity Mastermind in 2020

Q: So, it’s another joint project between the two fierce rivals on Britain’s TV Quiz show. How do you both balance rivalry and friendship?

During our TV quiz match, we both wanted to win for our team. But as soon as the match was over, we were friendly again, a bit like Nadal and Federer being positive after their tennis matches! We have become extremely good friends. Whenever Eric visits the UK from Canada, he will visit my family and sometimes stay over. We have this habit of doing the daily newspaper quiz in the Times together.

What is special about our friendship is that while we are competitive, we want each other to succeed. Both of us enjoy sharing knowledge with each other.

Eric was very supportive of my recent victory on the BBC One quiz show Celebrity Mastermind. I won the trophy on my topic of England at football World Cups. On the back of that, I was invited to take part in a quiz against England manager Gareth Southgate and beat him in a quiz about England!

Q: Can you please tell us about the new project Monkman And Seagull’s Genius Adventures? Were you both also surprised with some of the facts which you had to encounter or came across when the programme was being made? What makes it interesting for the viewers?

The new series is three 1 hour episodes exploring Britain’s scientific inventions an discoveries from 1750-1900 from the chronometer to the discovery of oxygen, to steam trains and the discovery of the electron.

What makes the show interesting for viewers is that they are learning about science and history, but having lots of fun at the same time. We have quirky conversations in our car journey discussing what would happen if humanity had been the size of a mouse, to demonstrating how a steam engine works through the form of a dance!

In the late 19th century, Victorians came down with a severe case of “fern fever”. There was a craze for fern collecting and hence fern mania. Imagine Pokemon Go combined with madness for the Beatles – this was both of them combined!

Fern patterns became so trendy that the motif appeared in textiles, pottery, paper, teapots and even gravestones. But closer to home, the pattern on a custard cream biscuit is a fern. Check it out the next time you eat one! You’ll never look at a custard cream in the same way again after this TV series.

Science has the power to change our lives for the better. But it has to be managed responsibility. Better food management systems and vaccinations have increased the length and quality of lives for many people.

However history has taught us that scientific advancement can come at a price. With the advancement of atomic theory, we had the development of the nuclear bomb and the untold destruction it bought to citizens of Japan in World War 2.

I actually spoke to the World Economic Forum about how maths has helped us understand Covid-19. While understanding exponential growth rates and logarithmic curves can help scientists to tackle Covid-19, there is a strong element of getting the public to abide by policies of lockdown.

Even if a small minority of the public do not follow guidelines, then countries will have further waves of Covid-19. Combining good science and good clear communication of what the science means to the public is very important. 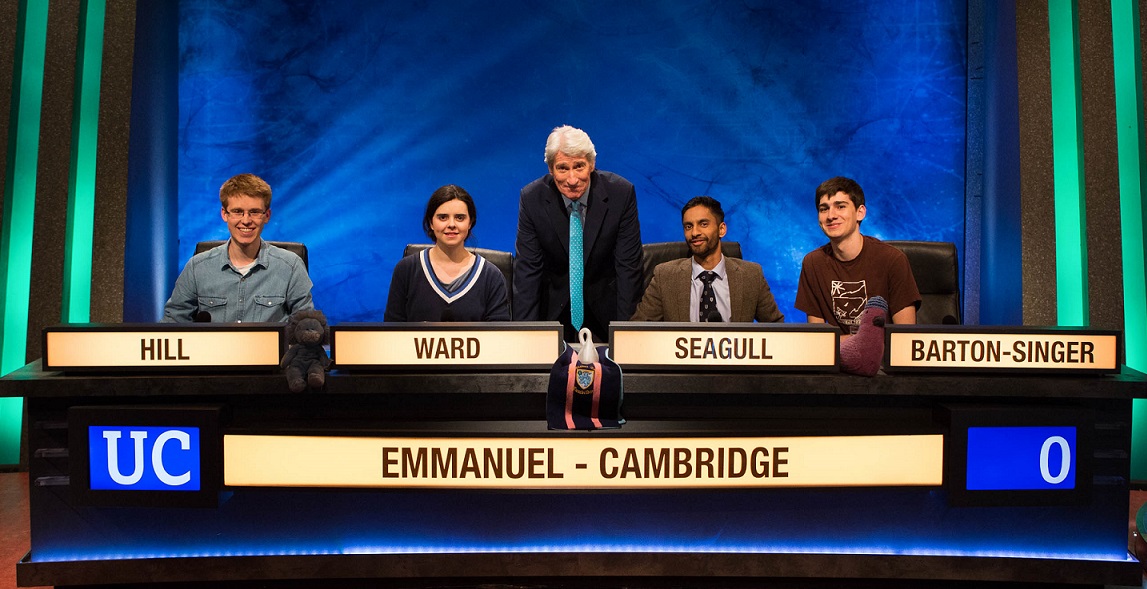 Q: In your views how can we address Covid or how can we redefine education in the face of Covid?

Covid has resulted in the vast majority of students being educated online at home. Using technology will not replace the physical presence of a teacher but it can mean that you can reach a wider audience.

I myself have started delivering lessons online in trying to reach students during these difficult times. Every Monday, Wednesday and Friday at 10am, I do #MathsWithBobby sessions for students aged 4-14 on the Explore Learning Facebook page.

Strictly Come Dancing champion Oti Mabuse asked me to join her Home Festival programme. She and her friends deliver online programmes to keep the family entertained such as dancing, cooking and singing lessons.

I am their teacher and deliver classes on History, Geography and Science for children. I also run bi-weekly quizzes in aid of the NHS called #QuizForNHS. Every Wednesday 8pm is a football quiz and Saturday 5pm is a family quiz (www.justgiving.com/quizfornhs).

Q: Tell us a bit about your education and background. Where do you live in the UK now? What are your current roles and responsibilities at work in a nutshell? What made you choose your current career path?

I am born and bred in east London, living in East Ham (London Borough of Newham). I studied for my GCSEs at St Bonaventure’s Catholic Comprehensive School in Forest Gate, Newham, under the headship of Ofsted Chief Inspector Sir Michael Wilshaw.

I won an academic scholarship to study for my A-Levels at the world-famous boarding school of 19 UK Prime Ministers Eton College, being in the school year above Prince Harry.

I studied Maths at Oxford University for a year and did a Maths and Economics degree at Royal Holloway University of London. I worked as a Trader in investment banking (Lehman Brothers and Nomura) and qualified as a Chartered Accountant (PwC).

I am also the co- founder of OxFizz, a national award-winning educational social enterprise. I have changed careers to move into education. I completed my Post Graduate Certificate in Maths Education and Masters in Masters in Education (specialising in Maths) at Cambridge University.

I am currently doing a Doctorate in Maths Education at Cambridge as well as teaching Maths part time at secondary school level in East London. 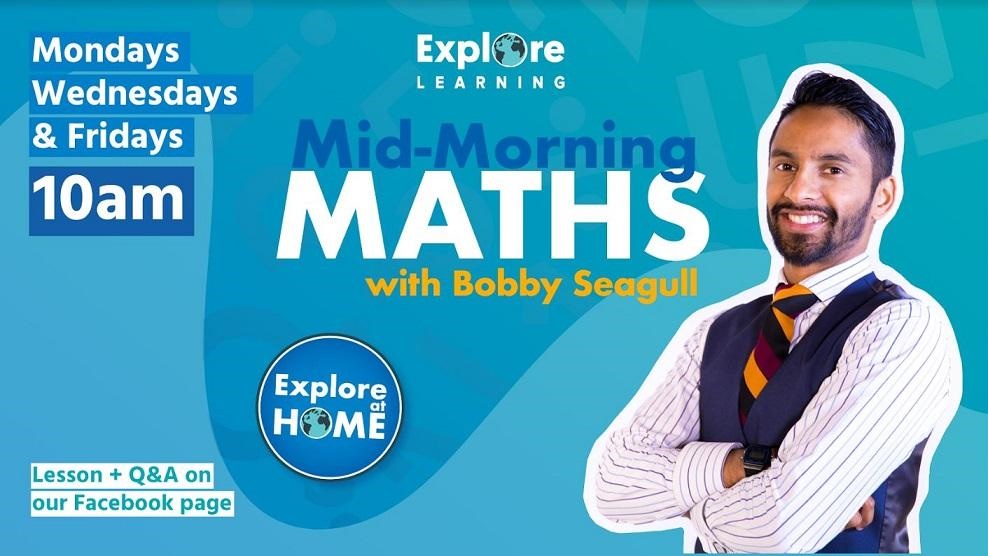 Q: Where in Kerala does your family come from? How much are you in touch with your culture?

My father’s family are from Allepey and Kodungallur. My mother’s side are from Kackottumoola in the Quilon district. I’m very proud of my Kerala and Malayalee roots, making it a point to let people know when they ask me about my background.

My parents watch Malayalee channels such as Asianet and Kairali TV, so I keep up to date (at least in the background) with what is happening back home. My Malayalam speaking still has a lot to improve and it is my ambition to be fluent in the language one day! 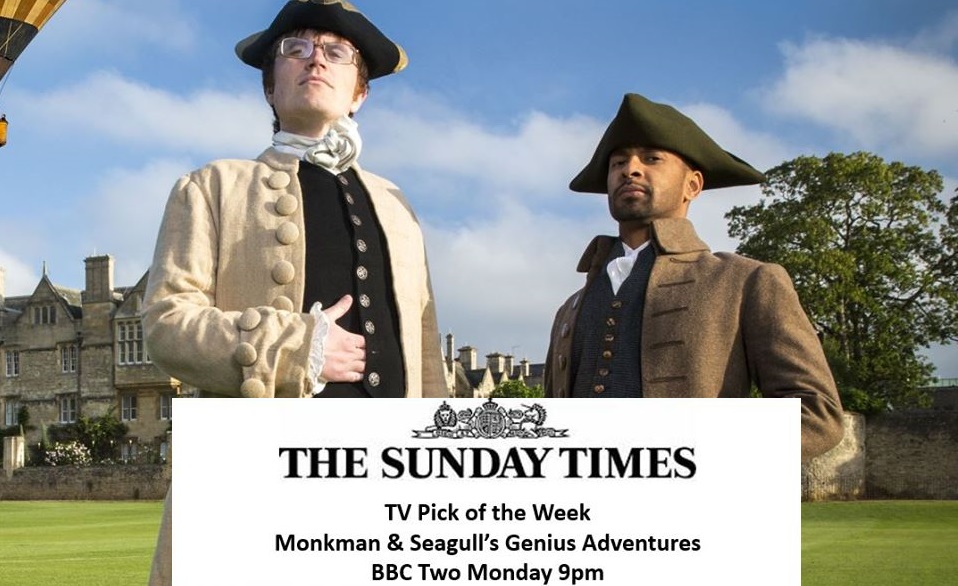 Q: What was your experience of Cambridge University as a minority student?

Cambridge is actually a very diverse place, with many students coming from around the world – America, Europe and Asia. They want to attract the brightest and best minds, wherever they are from the planet.

However there aren’t enough south Indians in Cambridge and I would encourage more of our best students from our Malayalee communities to consider applying to Cambridge. In Cambridge, if you have something to offer intellectually, you will always find friends.

Q: What was your experience of being the ‘best University challenge Captain’ ever, as you’ve been labelled in the media?

It has been a recent ambition of mine to be on the so-called hardest quiz show on TV, University Challenge. Being captain of a Cambridge University team, Emmanuel College, has been an honour too.

I was surprised by the generally overwhelming positive response by the public, social media and traditional media. I didn’t expect there to online articles in the Metro and the Daily Mail about me the day after and even public petitions to get me to become a TV presenter! I quite enjoyed hearing Radio One talk about me the day after –mixing my TV introduction into a popular chart song!

I think the public enjoyed my positive, upbeat manner combined with my knowledge – this helped to contribute towards me trending on Twitter! 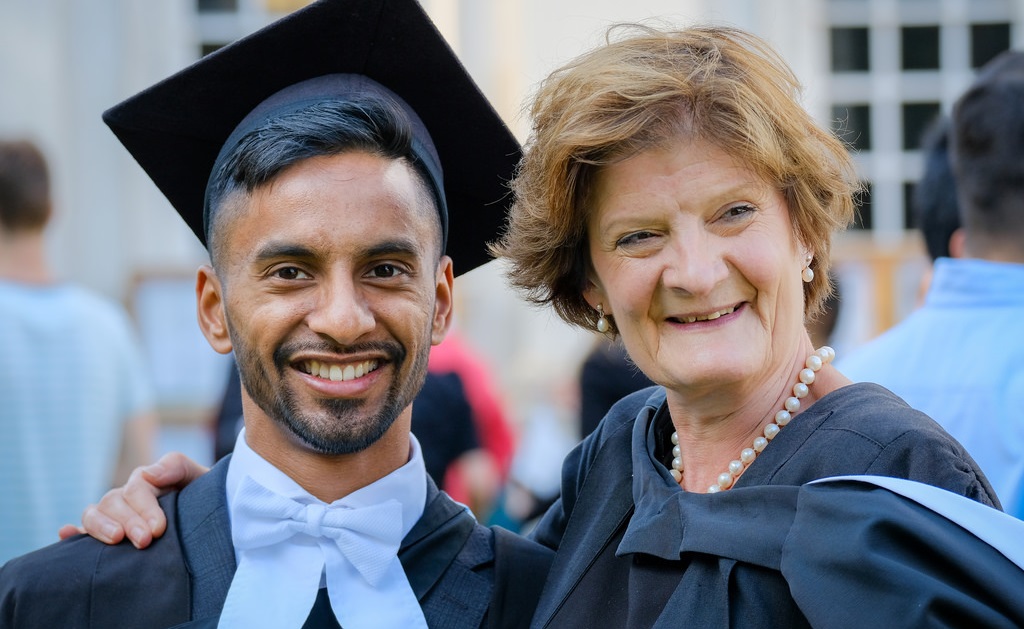 Q: What other hobbies and interests do you have in your spare time?

I’ve always enjoyed reading books to learn more about the world that we live in. Music is also a great way for me to relax – I listen to an eclectic mix, from Mozart’s classical music to the latest chart hits by rapper Stormzy!

Q: Do you think that young Malayalee kids are in touch with their heritage and culture? What do you think can be done to increase youth participation in Malayalee culture?

I think that we can do more as a community to encourage our young kids to keep in touch with our Malayalee roots. This is a responsibility of each and everyone in our community.

Learning Malayalam is a start, and I encourage all British Malayalee parents to teach their children their mother tongue, and visiting Kerala every so often is important too.

There should be networking events for young people to take part, perhaps driven by the young people themselves. Our young British Mayalees do socialise and do contribute to the wider British society, but they can do both – be both British and Malayalee at the same time.

Q: What are your aspirations for the future?

My ambition is to be someone that can inspire others to pursue education. As a teacher in the classroom, I can do this directly. However my public work as a TV presenter, journalist, author and ambassador means I can communicate the importance of education to wider audiences.