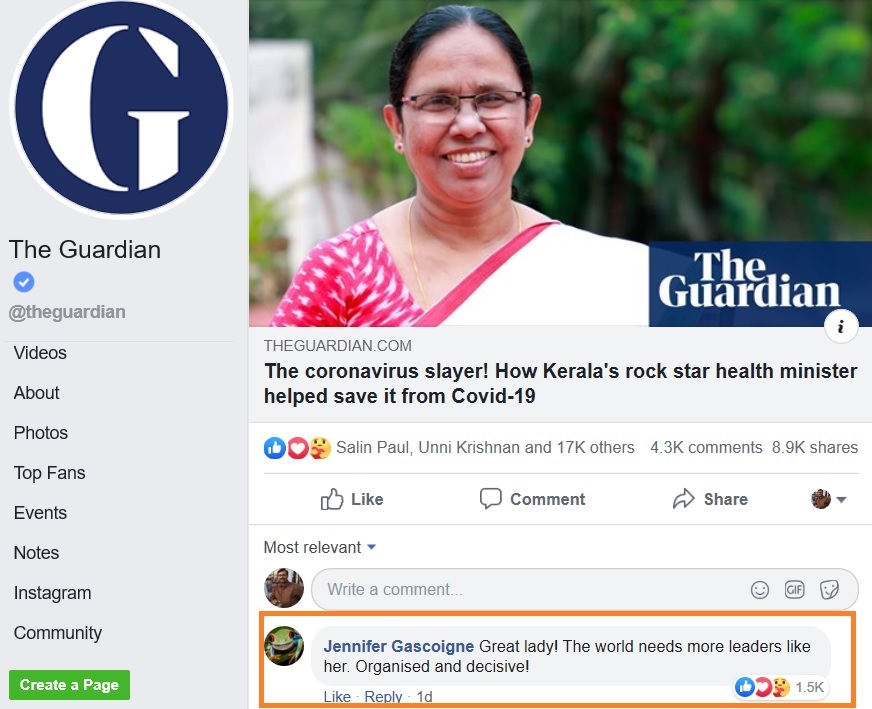 LONDON May 16: Finally the Guardian newspaper has written positive about Kerala and its health sector. Keralites were peeved when it published a news where it quoted some tourists in India narrating some unapalatable news about the health situation in Kerala.

The comments by those tourists, which was quoted by The Guardian newspaper, were later unfounded when they were all treated for Covid and returned to the UK.

Those tourists later retracted on the statements they made and they sung praises about Kerala and its health sector. They went on air to thank the Kerala government, the health sector and the health minister KK Shailaja.
However, one gripe remained with Keralites all over the world. 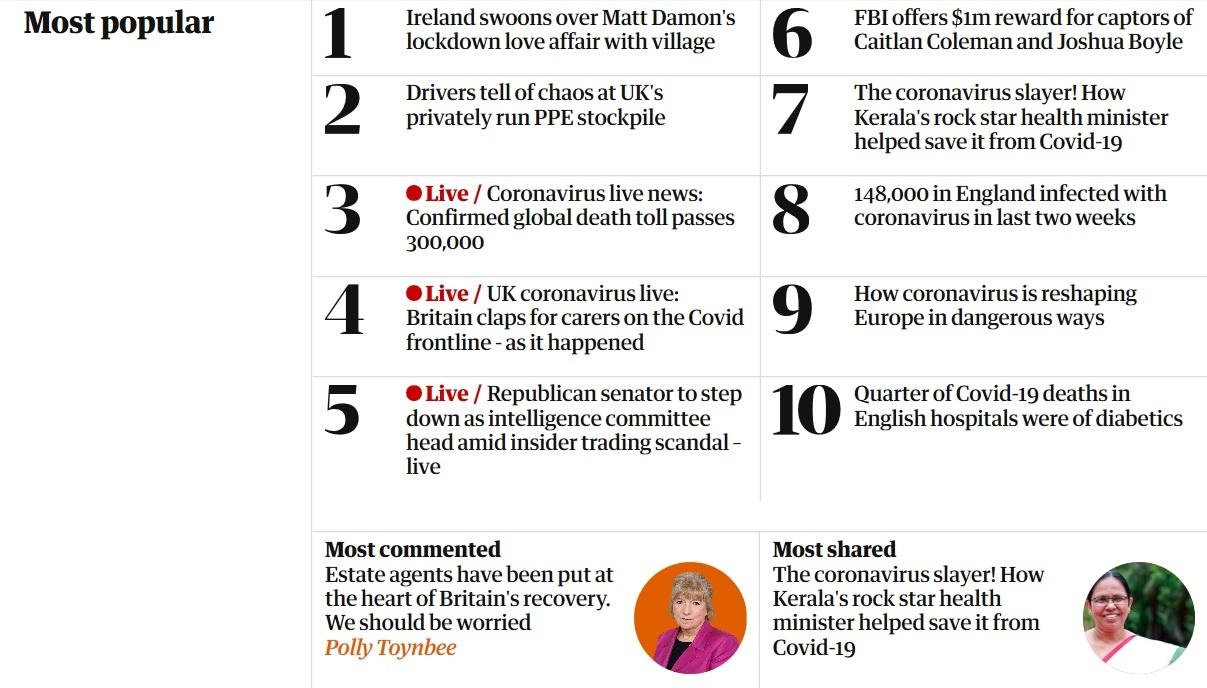 Keralites, the most literate people in India, who regard The Guardian newspaper as one of the topmost voices in the fourth estate, never were willing to forgive for what The Guardian carried as something derogatory to them and their health sector.

Finally the day of reckoning came when The Guardian probably couldn’t shy away from a news which kept knocking on the footsteps of their editorial team. “The world wrote about KK Shailaja but why are we not writing?” the editor may have had second thoughts.

Another email from this website to The Guardian was too probing with questions on whether they wish to speak to share with its readers on how Kerala was addressing Covid-19. 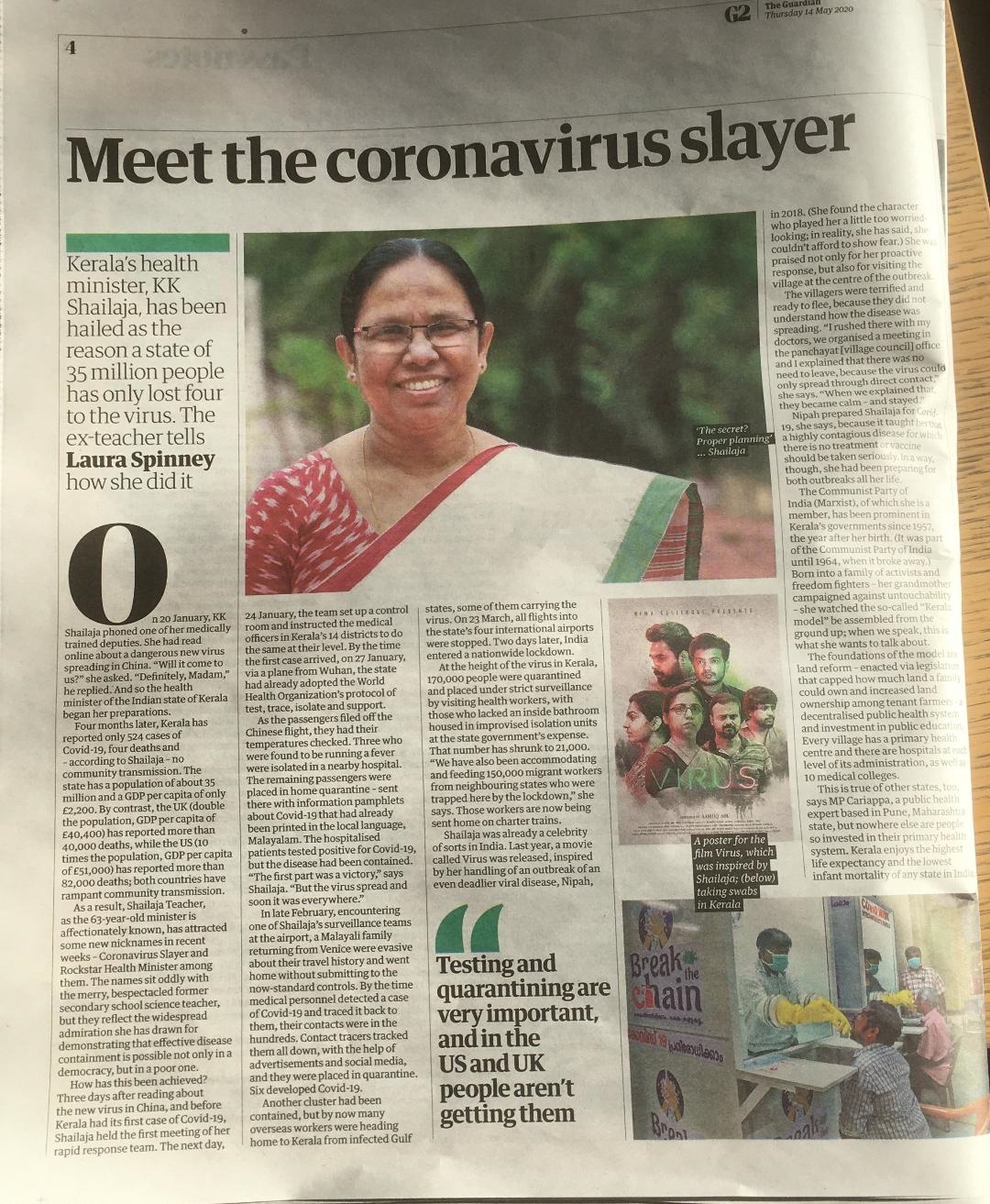 Following a couple of weeks silence Guardian has come out with a full page article on Kerala Health Minister KK Shailaja.

It is not surpirsing that the newspaper must have known that there isnt much to edit rather than much to learn from the minister from the small south Indian state which was able to address the Coronavirus affecting its people.

The news was also received overwhelmingly by the people in the UK. They took on to comment on The Guardian Facebook with with some hoping KK Shailaja to be their health minister.