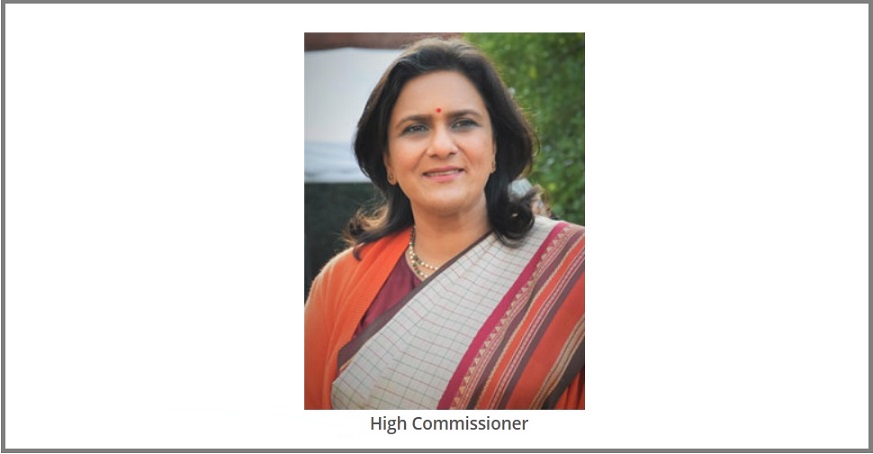 By A Staff Reporter.

Gaitri Issar Kumar took over from Ruchi Ghanashyam, who left her position in May 2020.

She was previously Ambassador of India to the European Union, Belgium, and Luxembourg. Her previous assignment was as Additional Secretary to the President of India.

In  an interview with Diplomatic World she had said that India’s diversity can be compared to the diversity of the member states of the European Union. She said that India is free for all to practice their own religion, propagate his own culture and live in the way he or she wants.

“The one things that unites everybody is the fact that they are Indian. We are proud and tolerant of each other: that is why democracy has succeeded in India”, she said.

Gaitri Issar Kumar, of the 1986 batch of the Indian Foreign Service, has served in various capacities at the Ministry of External Affairs, Government of India, New Delhi and its Missions abroad to promote India’s political, trade and economic as well as cultural cooperation with friends and partners – bilateral and in multilateral fora.

At Headquarters, she was Head of the Americas Division, Establishment Division, Finance Division, Director, Northern Division in charge of Nepal and Bhutan and before that, Under Secretary for Maldives and Myanmar. In Bangalore, she served as Regional Passport Officer, Karnataka.

She has studied German and Portuguese languages and has a working knowledge of Nepali and French. She is fluent in Hindi and Punjabi.

She is married to Sachit Kumar. They have two daughters.

This website wishes Gaitri Issar Kumar a wonderful time in the UK where she is able to better what her predecessors had done for the diaspora.