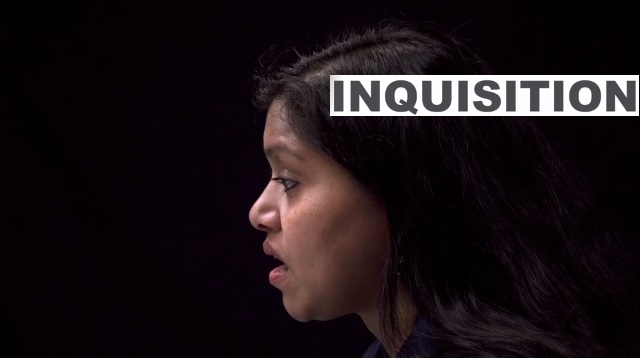 INQUISITION: Documentary on victims of flawed TOEIC tests to be launched on May 21 in London. Nidhin Chand, a UK Malayalee was too a victim of the tests.

LONDON May 17: Award-winning filmmaker Tim Langford will give life to a short documentary which tells the story of five students who have been victims of the flawed TOEIC tests.

The launch of the short documentary titled “Inquisition”, will be held on Tuesday 21 May from 6 to 8pm at the Attlee Suite in Portcullis House in London.

The event is mostly targeted at journalists and politicians who can help the campaign, either by promoting the issue in the media or lobbying the government in Parliament.

After the film showing, there will be a panel discussion involving prominent politicians, lawyers and journalists who are involved in the campaign, as well as affected students.

The National Audit Office (NAO) has launched an investigation into the Home Office’s decision to accuse about 34,000 international students of cheating in English language tests of English for international communication (TOEIC) and will scrutinise the thinking behind the subsequent cancellation or curtailment of their visas.

More than 1,000 students have been removed from the UK as a result of the accusation and hundreds have spent time in detention, but large numbers of students say they were wrongly accused.

Over 300 cases are pending in the court of appeal as hundreds attempt to clear their names. MPs have warned that this immigration scandal could be “bigger than Windrush”.

The National Audit Office (NAO) has been making preliminary inquiries into the government’s handling of the issue since the beginning of the year, and has now announced that it will proceed with a formal investigation. The body is expected to report its findings in late May or June.

“In 2014, a BBC Panorama documentary drew attention to fraud in the UK student visa system, including widespread cheating in English language tests. The Home Office revoked student visas where there was evidence of cheating, but its decisions have come under renewed public and parliamentary scrutiny in the wake of the Windrush scandal,” the NAO said.

Undercover filming by the BBC in 2014 showed clear evidence of cheating in two test centres where international students sat the test of English for international communication (Toeic).

Reporters showed the footage to Theresa May, then home secretary, who said she was shocked, and promised to take action.

The scandal involves the requirement for some UK visa applicants to pass a test of proficiency in written and spoken English.

One of the approved tests, TOEIC, was provided by US-based firm ETS at a large number of test centres across Britain.

Campaigners have questioned the software used to ascertain the cases of cheating in the spoken module of the test in the wake of the BBC TV expose in 2014.