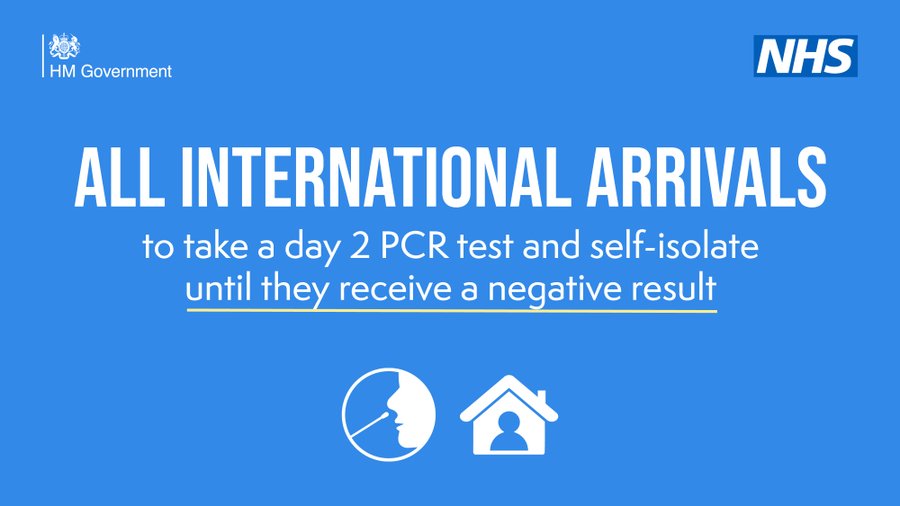 LONDON Nov 27: Prime Minister Boris Johnson held a press conference at the Downing Street this evening and announced a raft of new restrictions following report of two cases of the Omicron variant been detected in Nottingham and Brentwood, Essex.

Flanked by Professor Chris Whitty and Sir Patrick Vallance, Prime Minister confirmed new, temporary measures to respond to emergence of UK cases of the Omicron variant. Measures are precautionary, and will be reviewed in three weeks.

All arrivals to UK must take a PCR test on day two after landing and isolate at home until they get the result;

All contacts of someone infected with the Omicron variant must self-isolate for 10 days;

Facemasks and coverings in shops and on public transport will be compulsory;

Seven countries in southern Africa have been put pon the UK’s red list. Those who arrived in the UK from those countries must go into hotel quarantine.

The Prime Minister also refused to rule out a lockdown at Christmas when pressed by reporters.

Sir Patrick also hinted at the need for more restrictions if the Omicron variant is very transmissible.

COVID UPDATE: All international arrivals entering England must take a day 2 PCR test and self-isolate until they receive a negative result. pic.twitter.com/BuQcUzkFMb

International efforts are now underway to gather as much data and information as possible about this new variant, with more detailed information expected over the next three weeks. It is due to South Africa’s extensive surveillance system and transparency that the UK has been able to have early warning of this new variant and begin collecting data.

Travel restrictions have already been implemented to slow the spread of the variant and protect our borders. From 04:00 Sunday 28 November South Africa, Botswana, Lesostho, Eswatini, Zimbabwe and Namibi, Malawi, Mozambique, Zambia, and Angola will be added to the UK’s travel red list.

COVID UPDATE: Face coverings will become compulsory on public transport and in shops. Not including hospitality. pic.twitter.com/pq3TdftcOB

The vaccination programme and test, trace and isolate system continue to be the most effective way of reducing transmission, along with practicing good hygiene, keeping spaces well ventilated, and wearing a face covering in enclosed or crowded spaces.

He was briefed by the officials about the new Covid-19 variant, during the review meeting to ease international travel restrictions.Modi was briefed about the global trends on Covid-19 cases.

The officials highlighted that countries across the world have experienced multiple Covid-19 surges since the onset of the pandemic, a Prime Minister’s Office (PMO) statement said.

During the meeting, the officials briefed the prime minister about the new variant of concern, ‘Omicron’, along with its characteristics and the impact seen in various countries, the PMO said, adding that its implications for India were also discussed.

Modi spoke about the need to be proactive in light of the new variant. He said that in view of the new threat, people need to be more cautious and take proper precautions like masking up and maintaining social distance, according to the PMO.

Modi highlighted the need for monitoring all international arrivals, their testing as per guidelines, with a specific focus on countries identified as ‘at risk’.

He also asked the officials to “review plans for easing of international travel restrictions in light of the emerging new evidence”, the statement said.

India has also added several countries to the list from where travellers would need to follow additional measures on arrival, including post-arrival testing for infection.

“He also directed officials to work closely with state governments to ensure that there is proper awareness at the state and district level. He directed that intensive containment and active surveillance should continue in clusters reporting higher cases and required technical support be provided to states which are reporting higher cases presently,” according to the PMO statement.

Meanwhile, the Kerala government on Saturday said a vigil has been sounded in the state in view of the presence of Omicron, a new variant of the coronavirus, reported abroad, but as of now there is no cause for concern in the state.

Health Minister Veena George said the state has taken all precautionary steps as per the guidelines of the Centre and surveillance would be strengthened in all airports.

Urging everyone to follow the COVID guidelines strictly, she also said those who have not been vaccinated yet should take the jab at the earliest.

The Health Department conducted review meetings and preventive measures have been strengthened based on that.

According to the central guidelines, all passengers arriving in the country from abroad should undergo an RT-PCR test within 72 hours and upload it in the concerned portal.

Those coming from the countries mentioned in the central guidelines would be closely monitored, the minister said, adding that such people should take the RT-PCR test again at the state airports.

The suspected samples of the passengers coming from these countries would be sent for genetic testing for virus variants, she added.