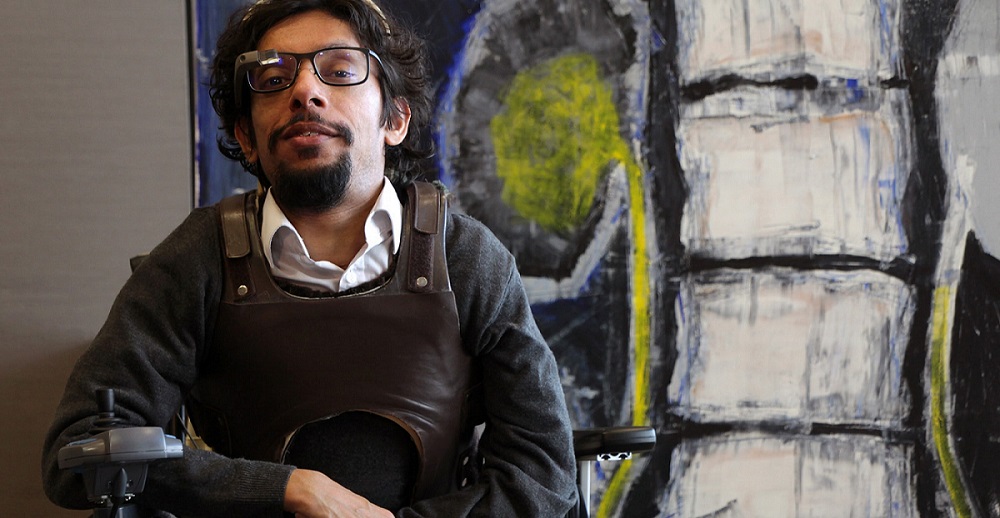 LONDON Oct 14: Davey Jose was just two years old when he was knocked over by a car and sustained a C1/C2 incomplete spinal cord injury. But his condition never stopped him from pursuing his twin passions of computer programming and painting.

In spite of several medical and physical challenges Davey Jose went onto become an artist, Mathematician, technologist, inventor, short-film maker and juggles this working full-time in finance (from mergers & acquisitions, trading to research).

He read mathematics and computer science at Trinity College, University of Cambridge. However, art played a major part of his life.

In 2019 he exhibited 18 oil paintings as part of his 1st solo exhibition, Living with Spinal Cord Injury, at the National Spinal Injuries Centre (the spiritual birthplace of the Paralympics), inspired by Leonardo Da Vinci’s anatomical drawings.

The 18 oil on canvas collection inspired by Leonardo da Vinci, depicts amazing images of the body and a personal perspective of what it feels like to live with a spinal cord injury with the emphasis on Hope, Strength and Recovery.

The exhibition was filmed in Virtual Reality (VR) to allow visitors unable to see the collection in person – to be able to view them in 3-D VR on The Infinite Art Museum StreamVR store. The short film was selected in the VR Film Competition at BIAF, Korea 2019 – one fellow finalist was an Oscar Academy Award winner from Disney.

Davey’s exhibition was also hosted at the British Library by his brother Bobby Seagull (teacher, author & BBC presenter) for an event celebrating the 500th anniversary of Leonardo Da Vinci. 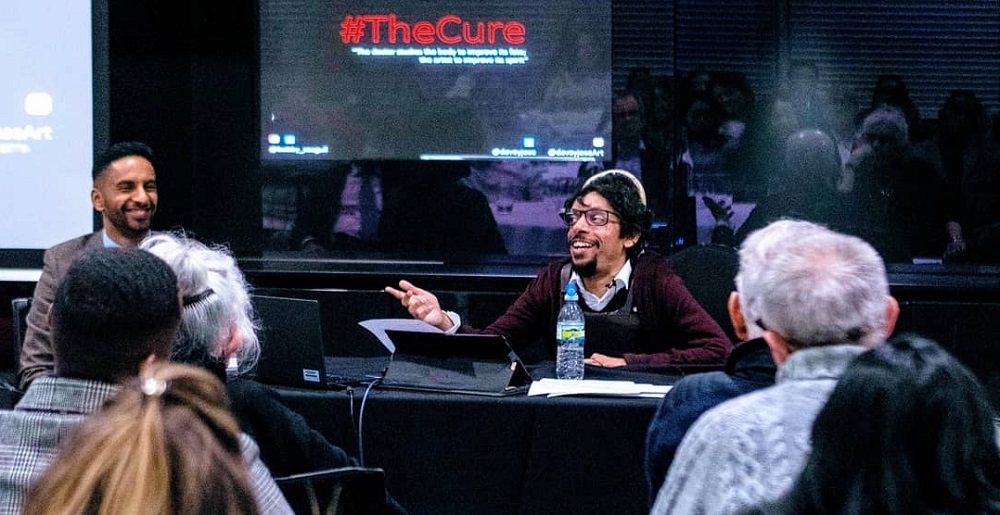 Kirsty Wark and Brenda Emmanus will be presenting this year’s Royal Academy Summer Exhibition, a show with challenges like no other in its 252-year history. Postponed into the winter months and forced to contend with the realities of social distancing, this is certainly an exhibition to remember.

Filmed both before and throughout lockdown, this documentary features artists such as this year’s co-ordinators Jane and Louise Wilson, Brian Eno, Cornelia Parker and rising star Joy Labinjo.

Along the way, the film charts the journeys of three members of the public who have submitted art for consideration in this year’s show – which ones will see their work share space on the walls with the likes of Grayson Perry or Tracey Emin.

One thought on “Knocked over by car aged 2: Lived with spinal cord injury: Davey Jose’s art work to make debut on BBC 2 on Oct 17”