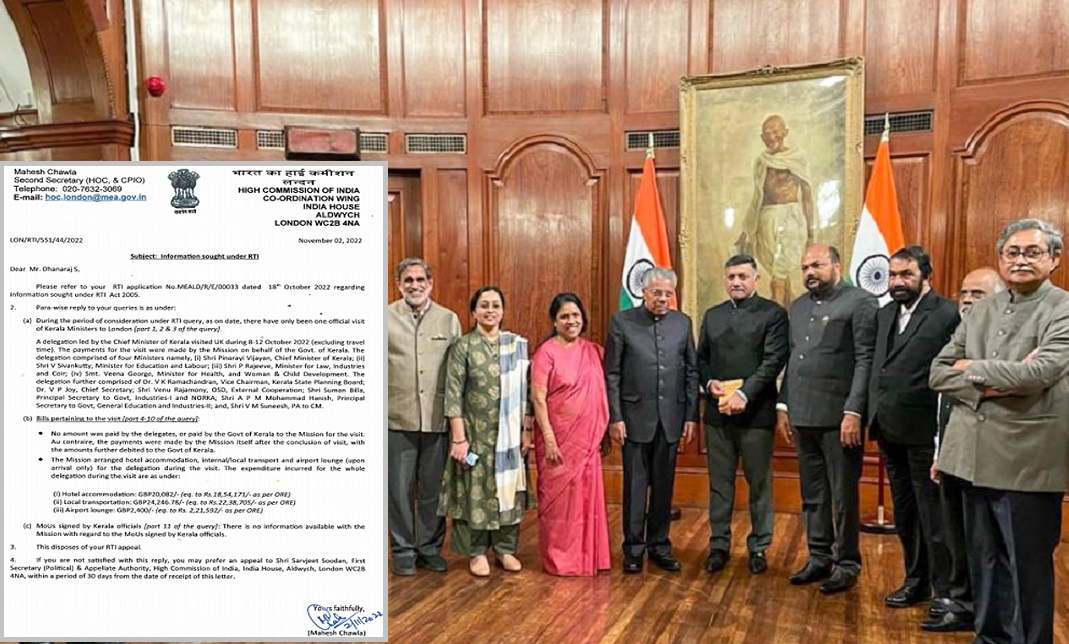 LONDON Dec 3: Kerala Chief Minister Pinarayi Vijayan and his delegation spent around Rs 43 lakh (around £43,000) during their trip to London from October 9 to 11, according to a Right to Information reply received by a Kochi native S Dhanarajan from the Indian High Commission in London. According to the reply the money was spent on travel, hotel accommodation and food in London.

Chief Minister Vijayan, along with three other state ministers and top officials, was in London from October 8-12 during which all the expenses were met by the Commission on behalf of the Kerala government.

A detailed split up shows an equivalent of Rs 28.54 lakh was paid for the hotel accommodation while the local transportation cost Rs 22.38 lakh and at the airport lounge it came to Rs 2.21 lakh. 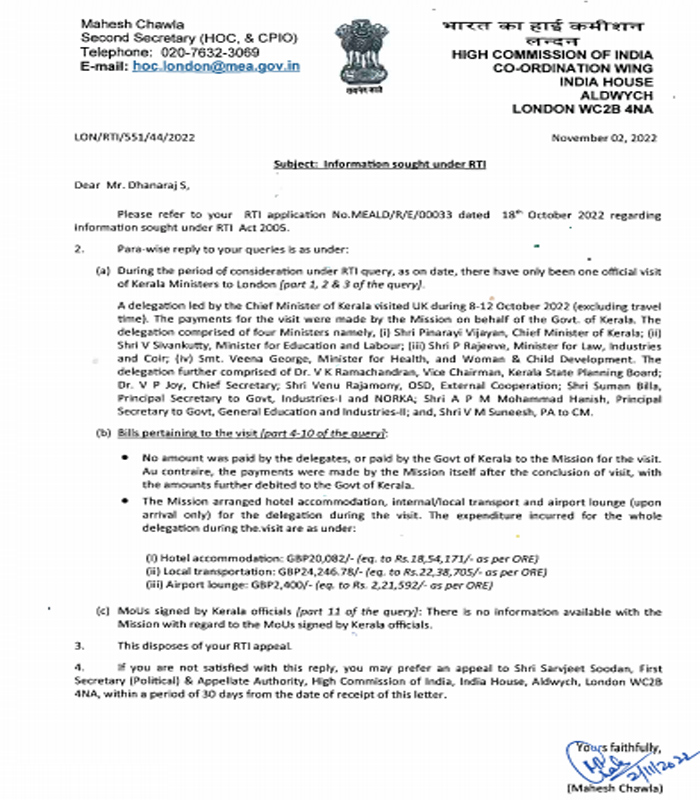 The Commission office stated that they have no information on the MoUs signed during the visit and also pointed out that no amount was paid by the delegates or the Kerala government to the Commission’s office.

Vijayan was accompanied by his wife, daughter and grandson and among others, wife of State Education Minister V. Sivankutty was also there.

However, the expenses of the family members were met personally.

Meanwhile, BJP’s Kerala president K Surendran said the data obtained through RTI from the Indian High Commission in London has revealed that the chief minister, his family, ministers and other team members had spent Rs 43.14 lakh in London for accommodation, food and travel. He called it a mystery that the government has not released the details of the trip of the chief minister and his team.

Stating that Rs 43.14 lakh was just the amount spent in London, the BJP Kerala chief said once the details of the expenditure in other countries come out, everyone will get the whole picture of the government’s prodigality.

Surendran said the chief minister, his family and other team members were on a tour when the state government was not able to find money even for daily expenses, under these circumstances, it is the responsibility of the government to explain to the people what benefits the people got from the Chief Minister’s foreign trips. He said that the Pinarayi Vijayan Government has indulged in such extravagance when the government is paying salaries and pensions by taking loans.