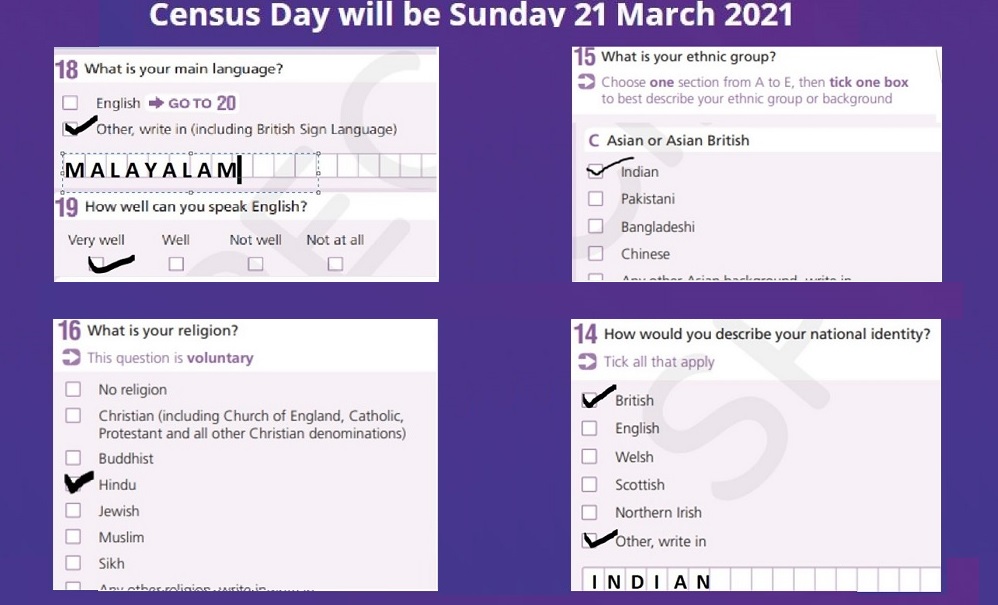 LONDON March 5: Participating in Census is very important for the Malayalee community in the UK. The data collected will determine how we as a collective number can influence the decision makers and vice versa.

For instance listing your mother tongue can ensure that future vital messages from authorities will recognize sizeable number of people fluent in a language and will get information conveyed in that language for better understanding.

The same way need for a Temple, Church, Mosque or Gurudwara will also be looked at if there is sizeable population of that community needing the facility.

All this information is then passed on to local authorities and charities so they are better informed as to how to provide services.

Your representatives will also be invited to certain major decision affecting the communities and thus you become part of the decision making of this country. Therefore, it is important that association members educate the community and reiterate the importance of completing this form for the benefit of each and everyone.

All households in England and Wales will be required to fill in this year’s Census on Sunday, March 21 2021. 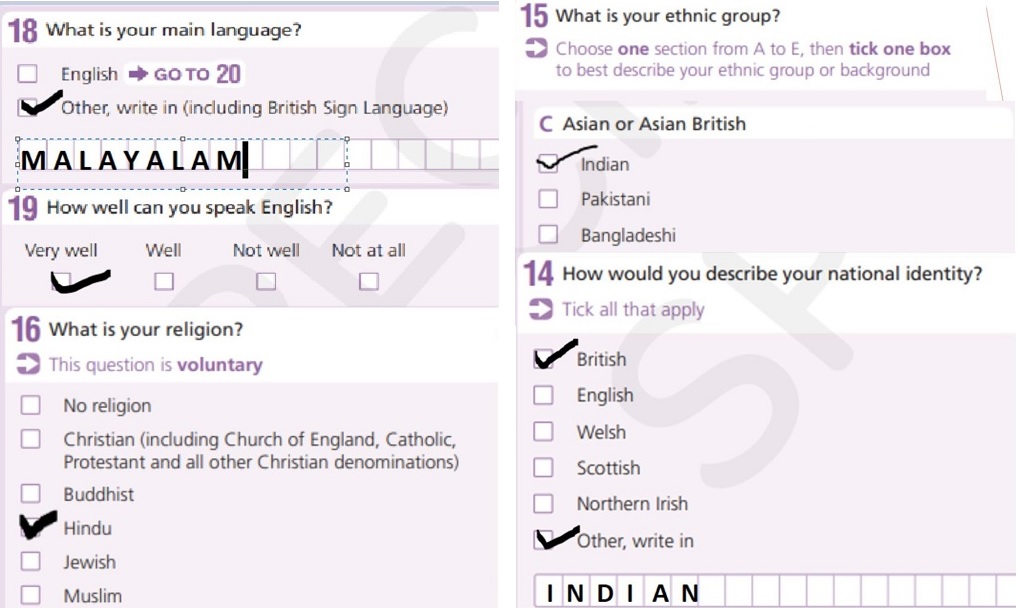 Every 10 years the Office for National Statistics (ONS), the recognised national statistical institute of the UK, conducts a survey to calculates key figures about who lives in the country. The first official Census was carried out in 1801.

The 2021 Census is digital-first with people being encouraged to fill out the survey online. You will be able to complete the census using your mobile phone or tablet.

You can find the Census on census.gov and will need your unique 16-character access code to begin. Click Here

Your 16-character access code will be a combination of letters and numbers and is found on the letter that will be sent to you in the post in early March.

The Census Act 1920 makes it compulsory for everyone in England and Wales to take part in the census. The Act makes answering the questions mandatory and repeated failure to complete it could result in a fine of up to £1,000.