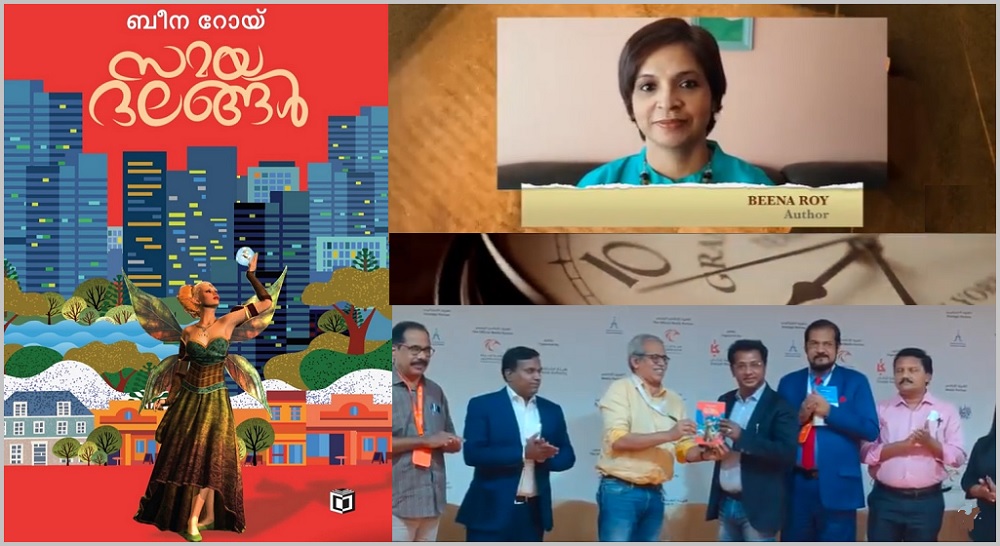 KENT Dec 7: Malayalee poet and writer Beena Roy from Kent has published her first novel “Samayadhalangal” in the UK.

The official launch of her book took place at the Sharjah International Book Fair last month. The book launch took place with a copy of the book presented by writer PN Hafeez Mohammed to writer and narrator Banna Chennamangallur. The novel is published by Kairali Books, a leading Malayalam publishers in India.

The prose language of this novel captivates the reader in poetic form through the beautiful life moments narrated with the background of rural England. Over time, the novelist has been able to merge the “timelines” of man-made living experiences with the reader.

According to writer Sukumaran Periyachoor “Samayadhalangal” is a qualitative novel that guides the reader to realise the peak of creativity.

Beena is familiar to Malayalees in UK through her first two collections of thought-provoking poems. The first collection of her poems “Crocusinte Niyogangal” was published by the London Malayala Sahitya Vedhi. Her second collection of poems “Petrograd Padunnu”, which was termed as ‘Creativity of Humanity’ by PK Gopi, was published by Kairali Books.

Beena is an accomplished writer who has written ten songs for two albums. The release of ‘Brindavani’ in 2018 and the second album ‘Indeevaram’ released in 2020 were highly acclaimed. The songs in Indeevaram are sung by Vijay Yesudas and Roy Sebastian. Both albums were released by Garshom TV.