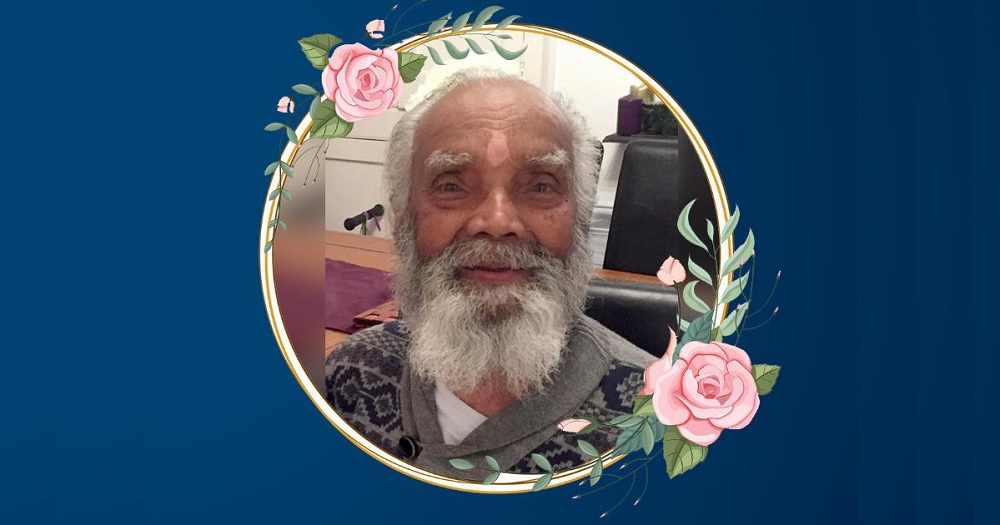 LONDON Oct 8: Gurusamy P Sreedharan (91) of Caledon Road in East Ham in London passed away peacefully on Wednesday 7th October 2020 at his home. With the passing away of Gurusamy P Sreedharan, believers of the Hindu faith in the UK will lose one of the ardent devotee of Lord Ayyappa.

The worship of Lord Ayyappa in the UK was initiated in the year 1980 by Gurusamy P Sreedharan in the abode of Lord Murugan temple located in Eastham, London.

Gurusamy P Sreedharan was loved and respected by the Hindu devotees all over the UK as he continued to inspire them through his devotion, wisdom and innumerable services rendered to Swami Ayyappa.

In due course it was the desire of Gurusamy to make everyone participate in the daily bhajans and he did so with the devotees gathering for the bhajans in front of Lord Ayyappa idol at the temple premises. The then chief priest of the temple Siva Sri Kailai R Naganathasivam appreciated his work and gave his complete support for the induction of Mandala Thiruvizha on 26th December (Boxing Day) and to be followed every year.

It was the desire of the Gurusamy to make everyone participate in this great function from the very grassroots. With this idea in mind, they went to every devotees and collected small amount of money to the extent of the money required for the function.

This being a first of its kind in London, UK, gave an opportunity to the local residents to meet each other under one roof in the name of Lord Ayyappa.

With immense support extended to him by the temple trustees and devotees, Gurusamy conceived the idea and formed Sree Ayyappa Seva Sangam shortly. Aftermath following the revered footsteps of Gurusamy, devotees and certain group of people joined together and decided to conduct monthly pooja on every first Saturday of the month at Kensington Primary School, London.

In order to accommodate them the Sree Ayyappa Seva Sangam looked ardently to build a separate temple for Lord Ayyappa near the East Ham locality, despite their hard efforts and lack of amenities they couldn’t find one near the place. Subsequently the temple was built in East Acton with grandeur and the construct was well crafted with 18 divine steps.

Due to some hassles the Sree Ayyappa Seva Sangam was left with no option rather than to vacate the place within few months and moved to the Gujarati temple located in Harrow as other temples hadn’t allowed the Ayyappa vigraham (statue) as they did already had one. Aftermath the devotees continued to conduct monthly pooja both at Kensington and Harrow.

His holiness Swamiji Sreedharan who is a sanyas was a good old friend of Guruswamy Sreedharan from the early days they spent in Singapore. Both of them took spiritual path and Swamiji renunciated his life to attain sanyasam and served people with spiritual needs in Malaysia and Singapore.

Subsequently Gurusamy moved to London touched by the overwhelming support of the devotees. Swamiji Sreedharan used to make frequent visits to London to give his divine blessings to devotees who throng him and guided them in a sanctum path.

A certain group of devotees insisted Swamiji to make one of his visits in the year 2007 to formally unite and merge the devotees from all over the UK and he conceptualized the idea of building a proper temple anywhere in London to accommodate ayyappa devotees and initiated to construct a temple in Masons avenue, Harrow, London

In the beginning there was only make shift temple in a thatched shed along with the charitable centre near the location. With the enthusiastic support and commitment and years of relentless efforts of the members and trustees, backed by an abundance of divine grace of His Gurusamy Sreedharan, the temple was designed in typical Kerala style conforming to the traditional shastraic stipulations and was completed on September 2008.

Later a Navagraha shrine was also added in the temple. The main sanctum of Lord Ayyappa is facing west situated inside the Chuttambalam with Lord Ganesha and Shiva to the left and Goddess Durga (Manjamatha) and Lord Subramanya to the right, all facing the east. The Navagraha shrine is located on the south east corner of the temple.

The vigrahas of Lord Venketeshwara and Anjaneyar along with the Urchavamoorthy in a Natamandapam – a unique architectural and structural marvel – with an imposing small Gopuram was added during the year 2010 with a special kumbabhishekam for the urchavamoorthy – Swami Ayyappan idol made of panchaloha was performed on August 22nd 2010.

There is a spacious and well ventilated auditorium of about 3600 sq.ft. floor area is located in the ground floor of the temple named after Lord Sastha for conducting spiritual and cultural programmes, marriages and discourses. The unique design of the auditorium incorporates the “Koothambalam” style of Kerala temples and matches perfectly with overall architectural style of the Temple.

Sapthahams and discourses by eminent speakers on religious and spiritual topics are held regularly. These discourses help in spreading the message of universal brotherhood and love among the public. For the benefit of devotees participating in Sapthahams, Udayasthamana Poojas, Kettuniras etc. and for the employees and volunteers there is a large kitchen and a dining hall in the ground floor of the temple premises.

The Temple attracts large number of devotees throughout the year. During the Mandalam / Makaravilakku season, hundreds of Ayyappa devotees throng the temple for Darshan, Maladharanam and Kettunira.

The temple is acclaimed as one of the well maintained ones in Harrow council, London. Indeed it is a Mahakshetra in all respects. The temple is about 100m from Harrow and Wealdstone station and ¼ mile from Harrow Civic Centre and is well connected by public transports. To know further please visit http://www.londonayyappan.org.