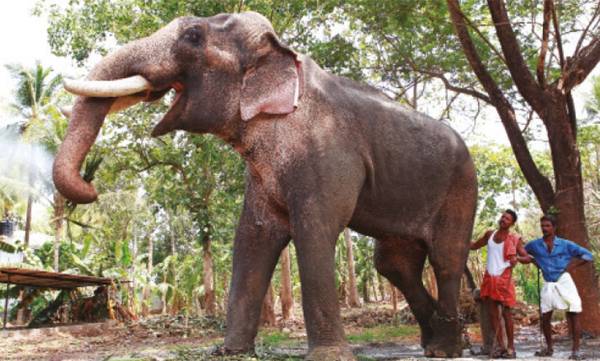 “Thechikottukavu Ramachandran”, the tallest elephant in the state, was standing at the congested compound of the new house overflowing with people, when the animal ran out.

Following the confusion, people ran in panic and two of them were trampled near the house, police said.

The house owner was said to be a member of the manging committee of a temple nearby, where the elephant had been brought for a festival later on Friday.

The elephant was brought to his house for the house warming ceremony.

A case under Indian Penal Code sections — 304(A) (causing death by negligence), 337 (causing hurt by endangering the life or personal safety of others) and 289 (negligent conduct with respect to animals) had been registered against the mahout of the elephant, police said.

The people who were killed were identified as Babu, 66 and Gangadharan, 60.

Nine others suffered minor bruises and their statements have been recorded, police said.