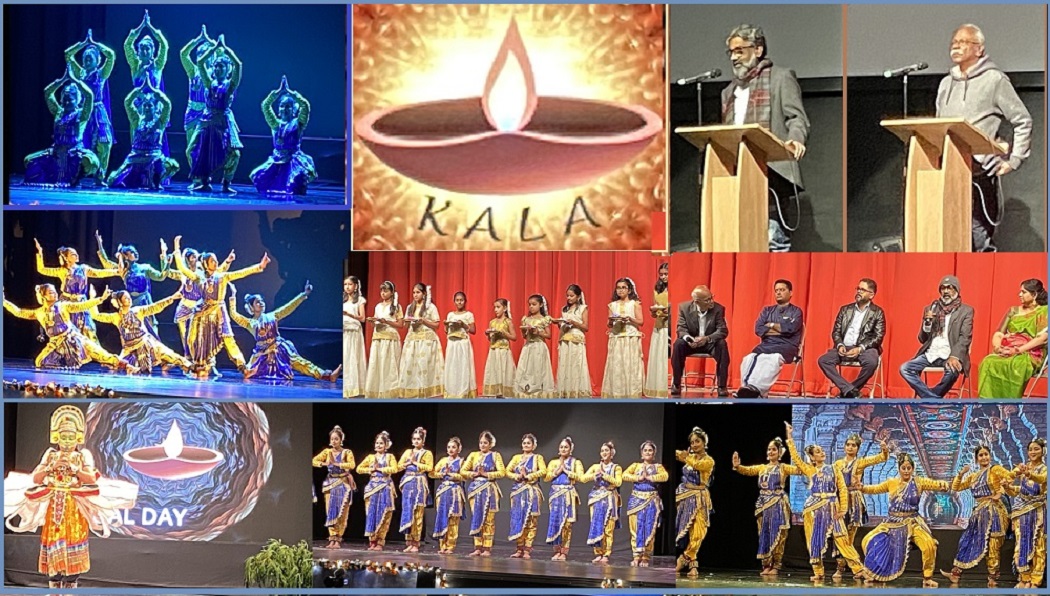 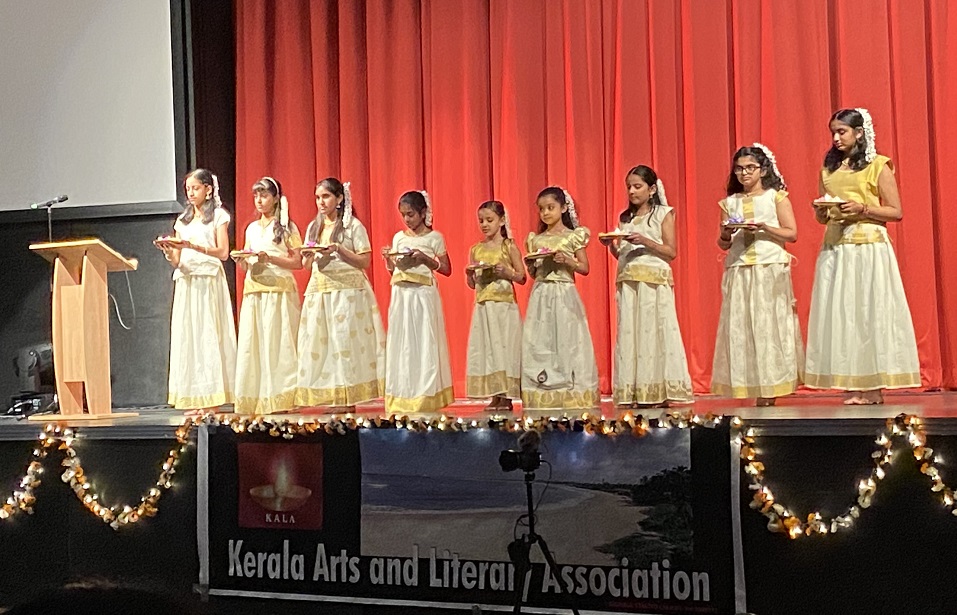 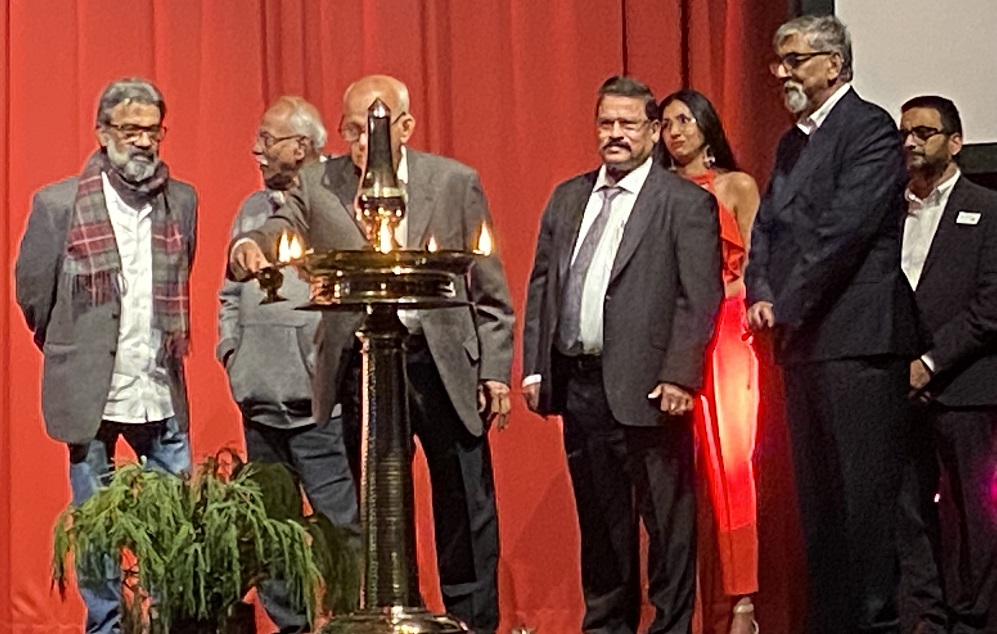 KALA president Gopalakishnan Netuveli, in his presidential address reminisced about the last two years when KALA members weren’t able to meet in person for the annual due to the Covid pandemic. He said he was happy that we were all able to meet again and quoted Charles Dickens, “The pain of parting is nothing to the joy of meeting again” and summed it up by quoting Robert Browning “God’s in His heaven, All’s right with the world! 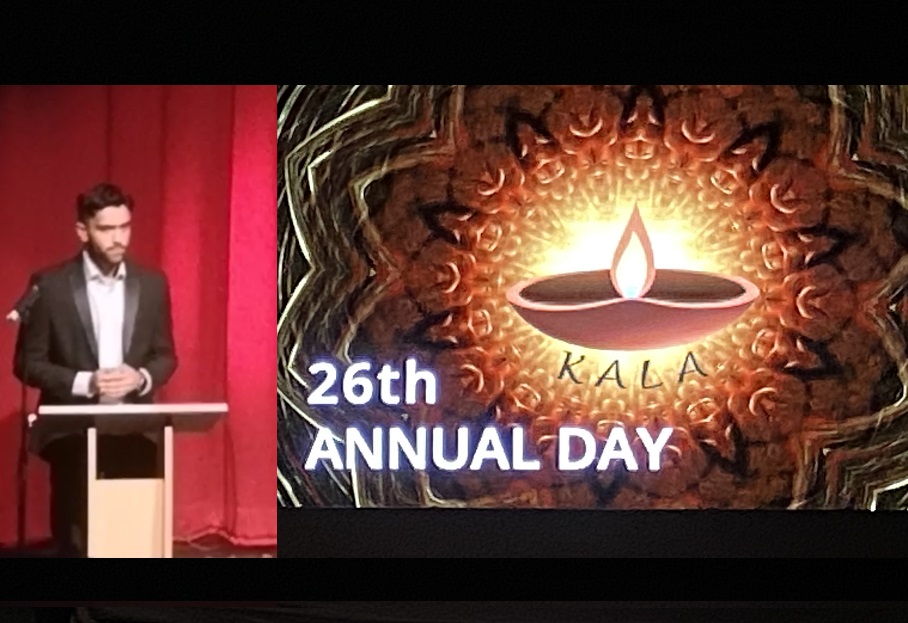 KALA Patron Sukumaran Nair delivered his patron’s remarks and gave an overview of how KALA was able to keep the activities ongoing in the last two years during the pandemic and welcomed the guests.

Director Ranjith lamented on the present socio-cultural situation in Kerala, referring to news of the black magic and cannibalism in Pathanamthitta’s Elanthoor. He felt that Keralites are going back to ‘asuratha’ or evil times. He light-heartedly said that he was reluctant to go back home after hearing the recent news from Kerala and felt jealous about the audience as they could remain in the UK. 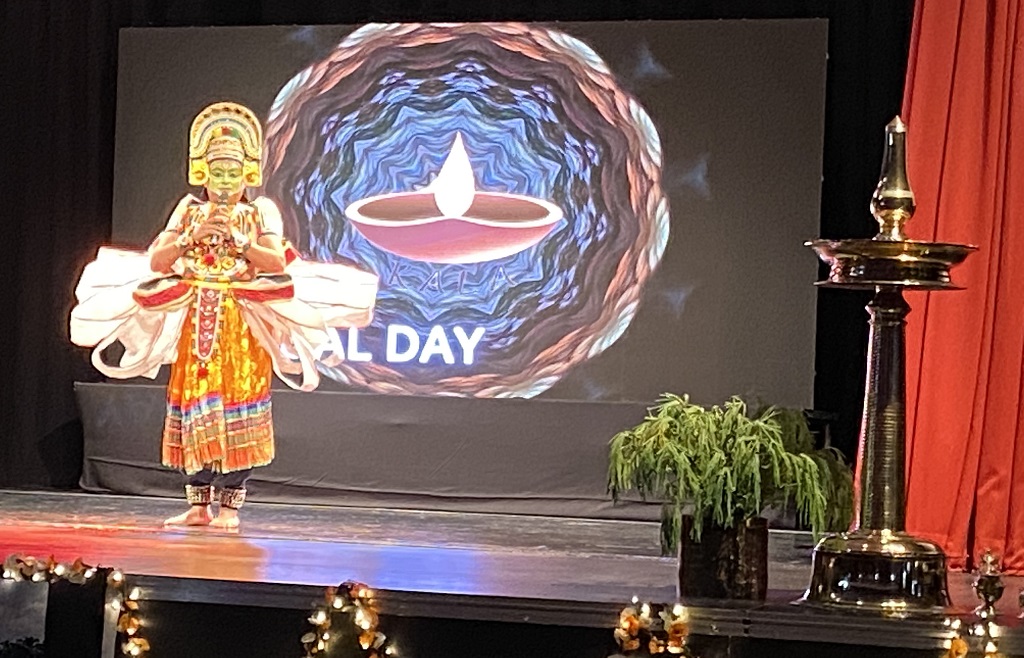 MN Karassery enlightened the audience with the contributions of VK Krishna Menon, the first Indian High Commissioner to UK. MN was passionate when she spoke about VK Krishna Menon’s achievements in the UK and back in India and called for Malayalee organisations like KALA to come forward and follow his legacy. 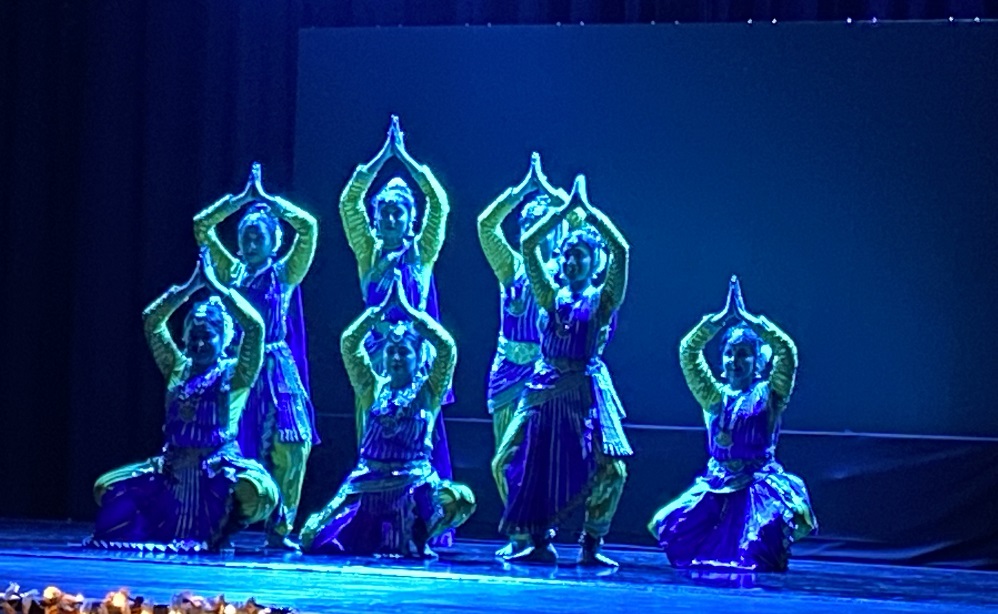 He called upon KALA to institute an annual award in the name of VK Krishna Menon. He also called upon the community to hold close their bhasha, samskaram and sahithyam (language, culture and art). 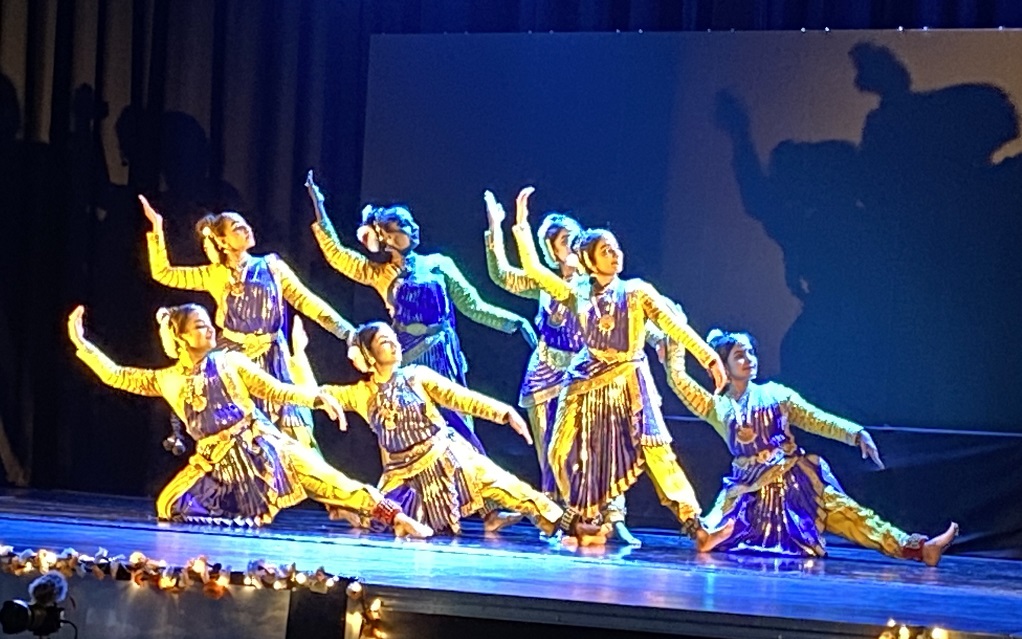 The cultural evening unfolded with Ottam Thullal, a recite-and-dance art-form, by Ambalapuzha Suresh Varma. The art form depicted the wedding of Lord Krishna to Rugmini through Svayamvara an ancient method of marriage in which a woman chose a man as her husband from a group of suitors. Suresh Varma explained Ottham Thullal and significance of Rukmani Swavamvaram to the audience. Suresh depicted the swayamvara with various kings arriving as suitors to marry Rukmini in a humorous way and finally Rukmini choosing none of them. Suresh Varma elicited nostalgic feelings of one being taken on a temple premises during the time of festivals. 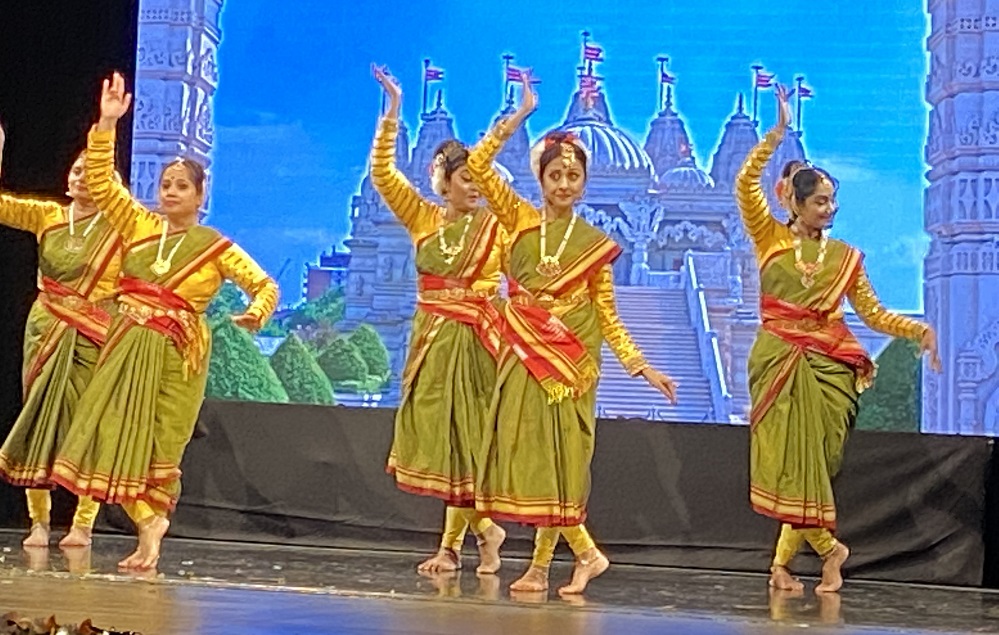 Ottam Thullal was followed with the highlight of the evening, the in-house dance drama Dasaavathaaram. 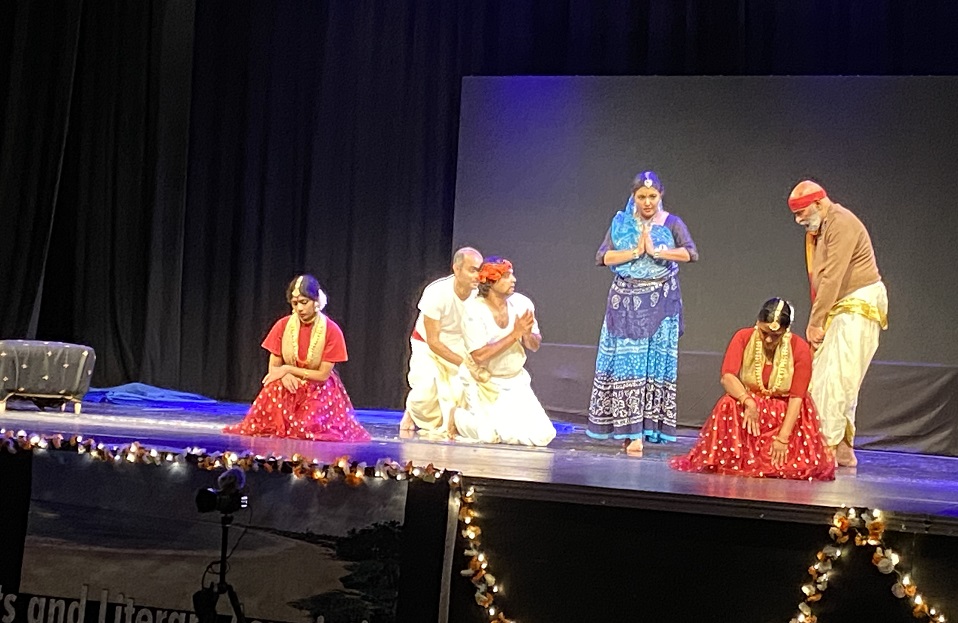 Dasaavathaaram, by KALA arts team, showcased the ten reincarnations of Lord Vishnu. It is believed that Lord Vishnu came to Earth from time to time in a different form (avathaar) to eradicate the evil forces in place and restore cosmic order. 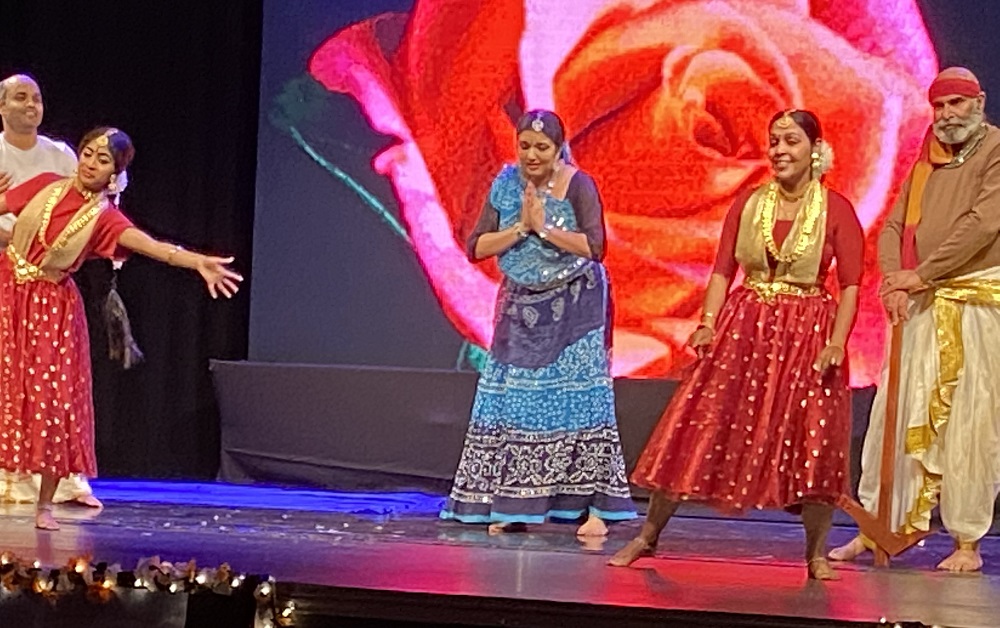 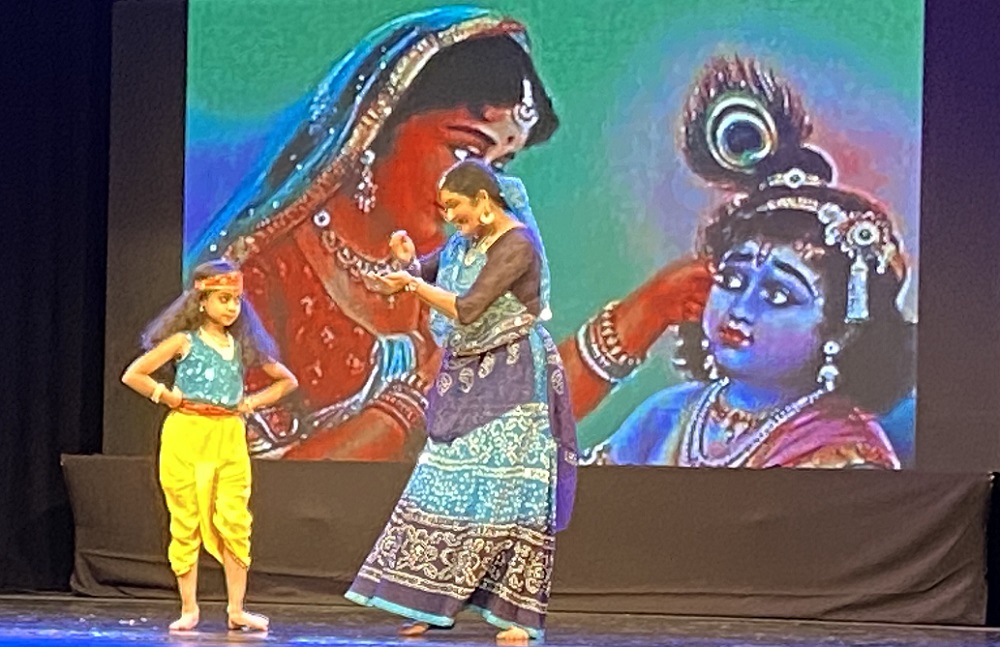 The whole story is presented by Melputhur Narayana Bhattathiri who scripted Narayaneeyam, a medieval text, while at Guruvayur temple suffering with arthritis. 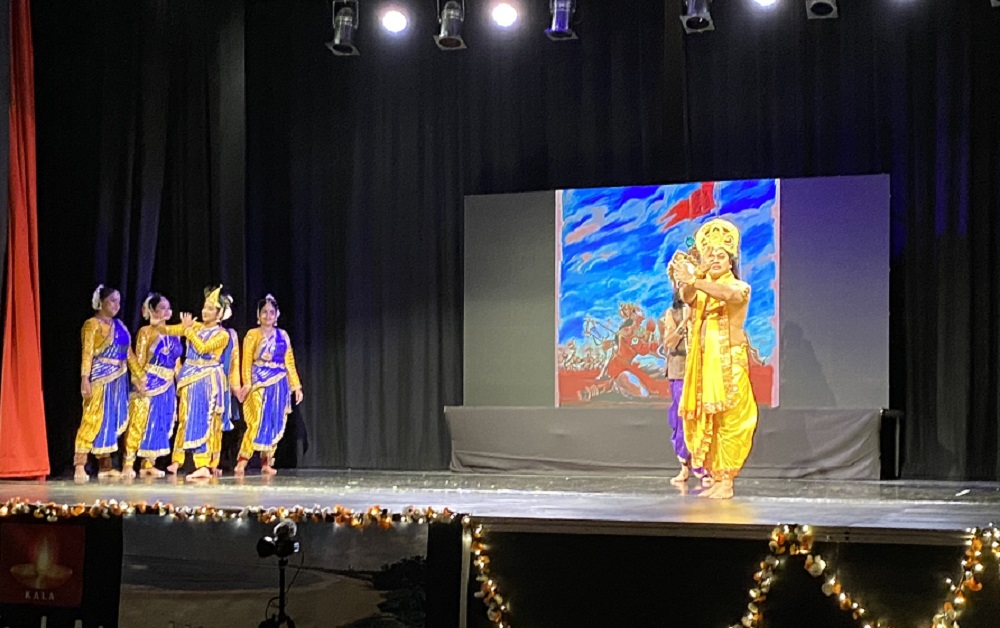 Melputhur narrates the ten avathaars and appears onstage in interludes to propel the show with his narration of Narayaneeyam with him finally getting cured of his arthritis when he finishes his narration. 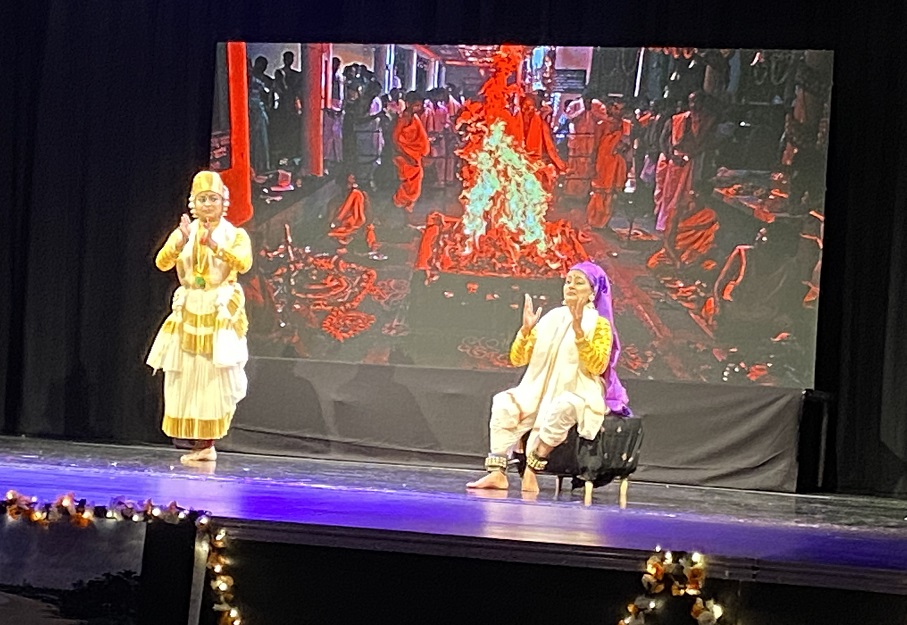 The ten avatars of Lord Vishnu was brought to life in classical dance form by dancers in colourful costumes, intricate footwork, and graceful movements which captivated the audience and brought them closer to understanding how human life is intrinsically embedded with the mighty and how it is all relevant in modern times. 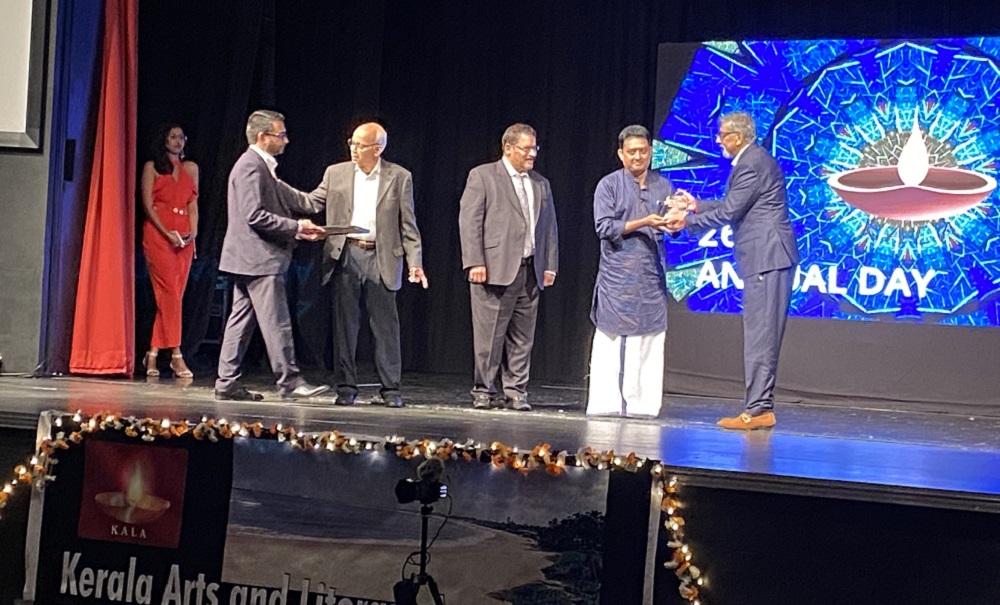 Dasaavathaaram was brought to stage by a cast of around 30 artistes from KALA, who rehearsed through either Zoom or short videos and finally when it came onto stage they put a class act for which they can ever be proud of. 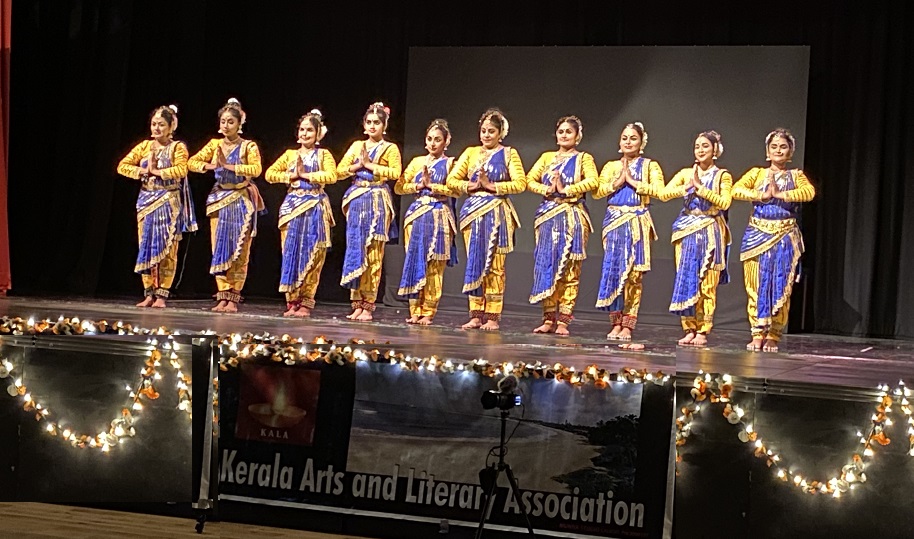 The show was one huge visual and aesthetic delight which would be remembered for the determination the artistes took upon them to bring on stage such a serious and humongous concept. 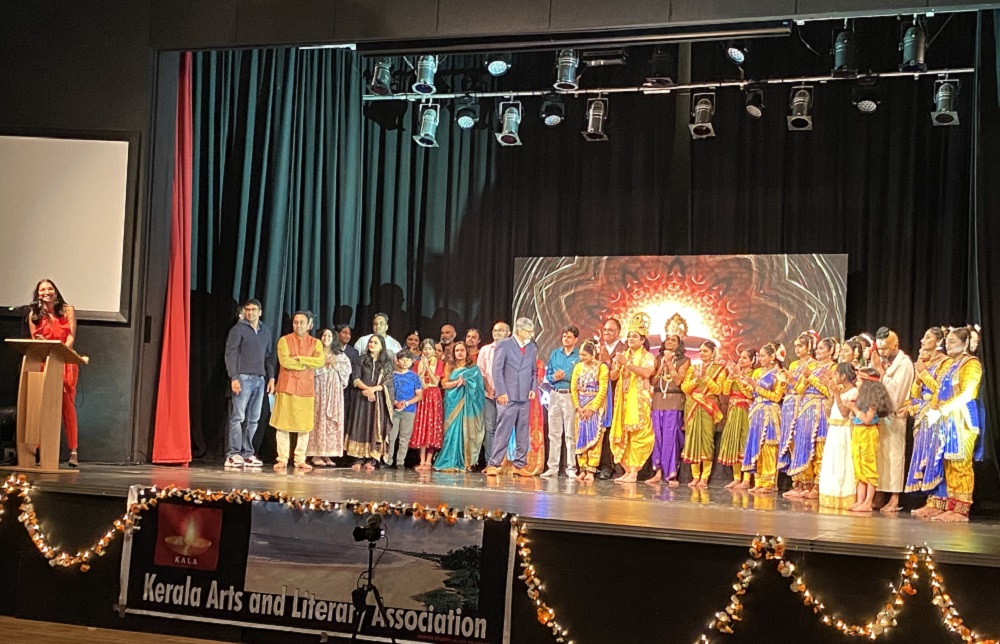 The actors who depicted the various avathaars were the axis of the whole show and it was their strengths that kept the show on a higher keel. 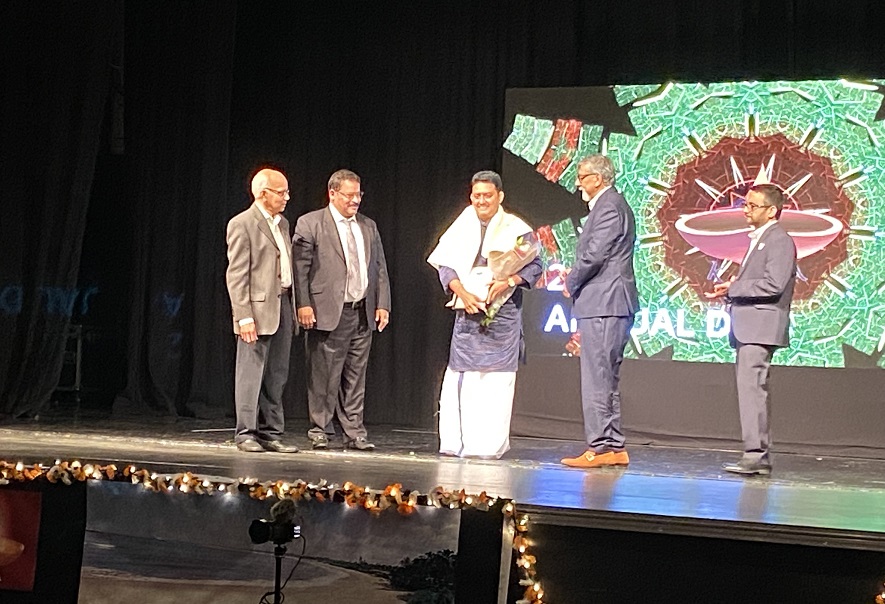 The evening took a break with a sumptuous dinner served where the attendees were able to meet and mingle and socialise. 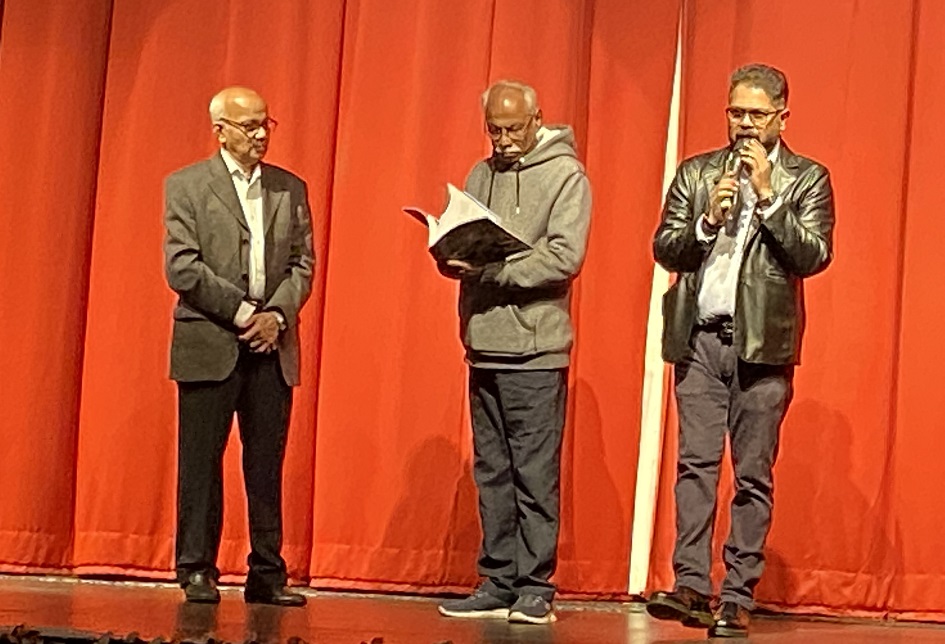 The show resumed with a stunning Siva Sthuthi dance performance by Dr Hema. 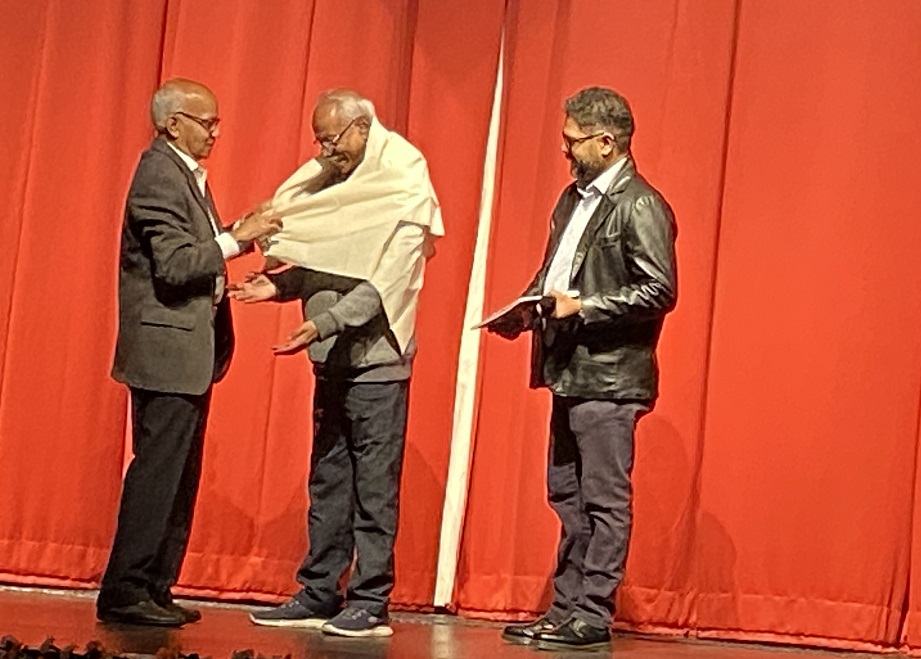 KALA prides in promoting and preserving the rich cultural heritage of Kerala and perseveres to this end by identifying and honouring the most outstanding of the artistes in Kerala each year. 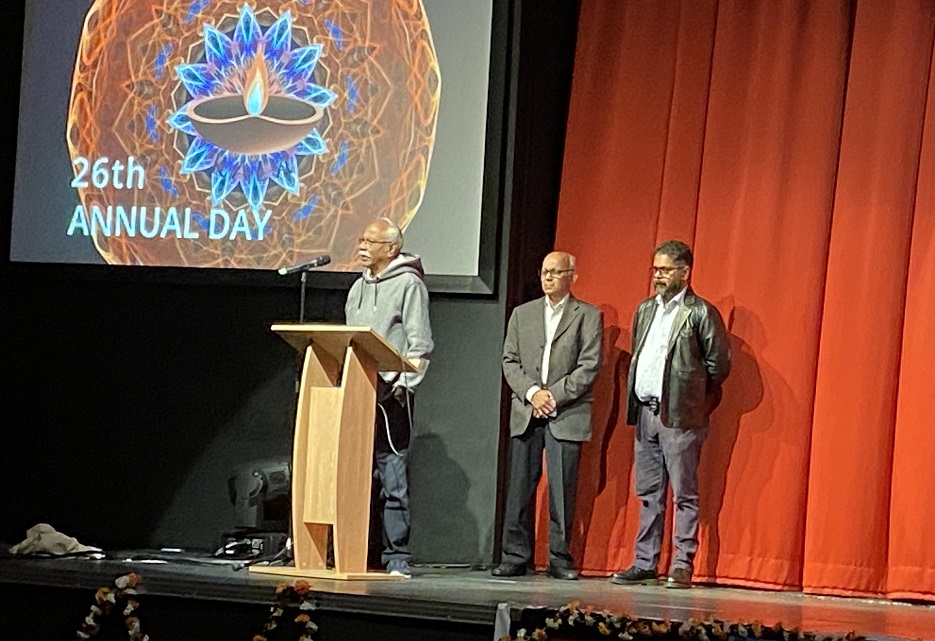 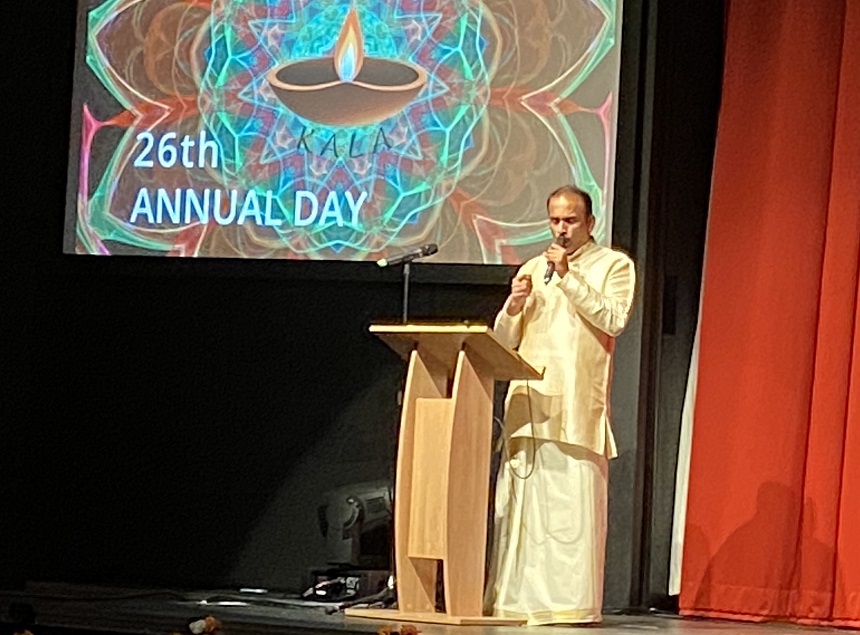 KALA’s annual magazine Palm Leaf was launched during the occasion. The magazine was launched with Palm Leaf editor Sreekumar Kurupath handing over a copy to guest MN Karassery. Speaking during this occasion MN Karassery requested KALA to include the Malayalam meaning of Palm Leaf (Ezhuthola) in their next edition which was received with an applause 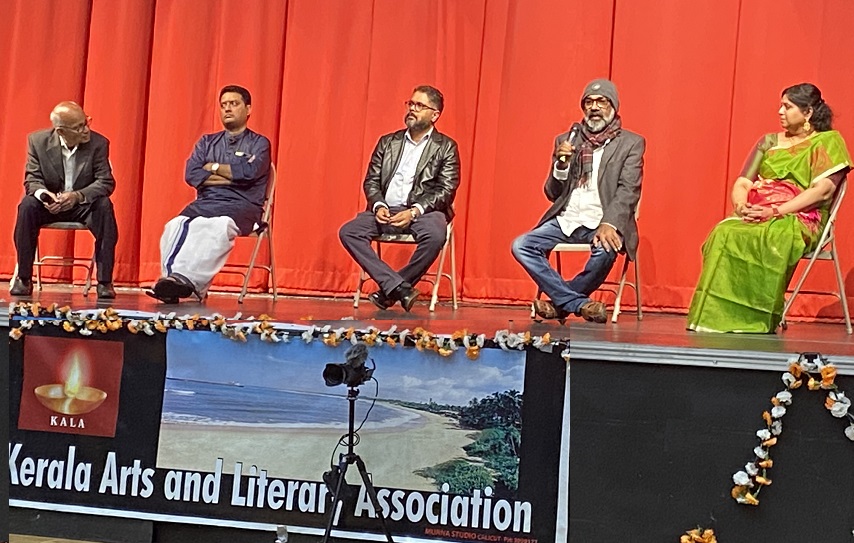 Anusmaranam of Chowallur Kirshnankutty, a noted devotional songwriter, screenwriter and journalist who passed away earlier this year was remembered during the occasion. A short video film by Sunil Nair, depicting the life of Chowallur Kirshnankutty was played during the occasion. His son spoke about his father who was very close to him and his family.

Mukhamukham with director Ranjith saw various questions posed to him by the audience. Ranjith answered them all to expel any myths people have about how films can influence society. Ranjith eluded praise to the newcomers in the Malayalam film industry. He said that the new generation Malayalee film makers will taken on centre stage in the country as such is the calibre they have in film-making. He exuded confidence that Malayalam film industry is in safe hands. 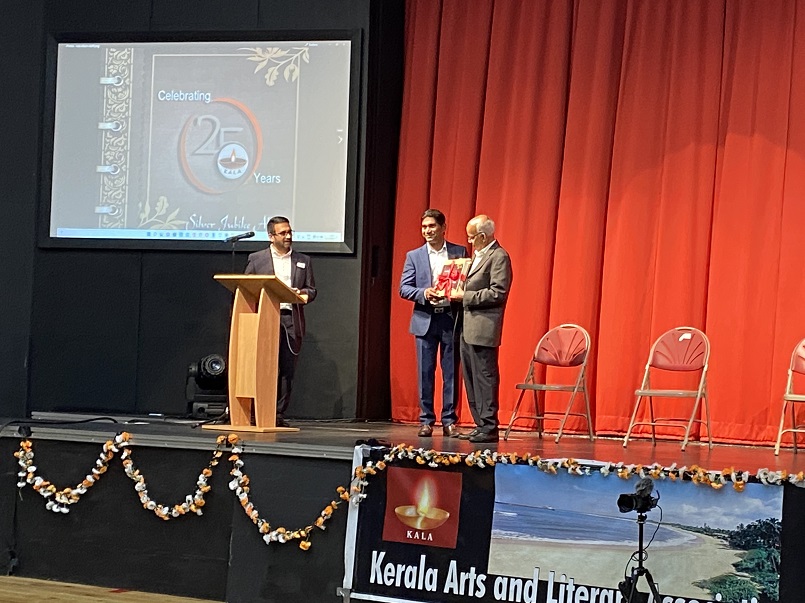 KALA secretary Govindan Nampoothiri proposed the vote of thanks.