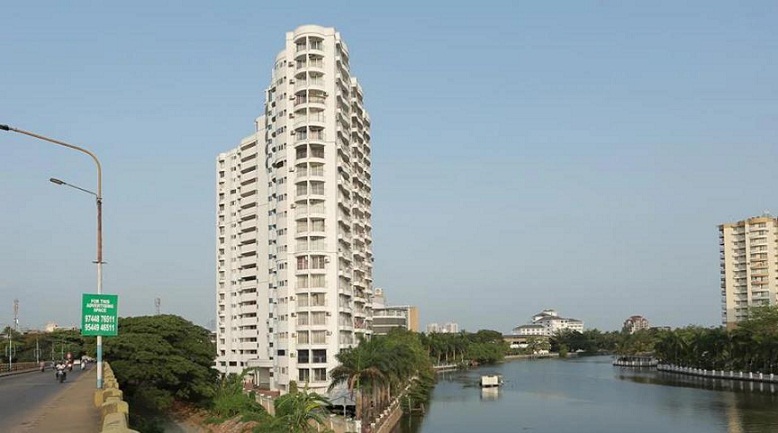 NEW DELHI Sept 28: The owners of 343 flats in four illegally constructed high-end buildings in Kochi that have been scheduled for demolition must be paid ad hoc compensation of Rs. 25 lakh within 4 weeks, the Supreme Court said today.

The court said the demolition had to be completed within 138 days, in accordance with the schedule provided by the state. The court also ordered Chief Minister Pinarayi Vijayan’s government to pay the compensation and recover the cost from the builder.

“Our primary concern is violation in construction but we’re not against them (flat owners). We can’t leave them in the lurch. They have to be compensated suitably,” the court said, adding, “If you are not doing it, we will ask someone else to do it”.

Kerala Chief Secretary Tom Jose has appealed to the owners – who range from retired professionals to bankers, doctors and celebrities and had refused to vacate – to cooperate with the government.”The order comes as some relief for flat owners.

The rest of the compensation amount will be decided by a single-judge committee to be set up by the Supreme Court,” he told NDTV, adding, “We will recover this amount from the builder.

The principal is that the polluter pays, so whoever polluted the environment will be made to pay”.According to sources evictions are likely to begin on Sunday and demolition is expected to begin by October 11. The process will take 90 days and all debris is to be removed by February.

The Kerala government has told the court it is in the process of engaging a demolition agency.Essential services to the flats, including telecommunications, power and water have been disconnected, sub-divisional magistrate Snehil Kumar Singh told NDTV, adding that people living within a kilometre were also going to be relocated since they would be affected by the demolition.

However, some of the flat owners have arranged for generators to ensure uninterrupted power supply.”Today, Supreme Court identified flat owners’ rights and directed the government to pay compensation to flat owners.

It is a good decision, but how to implement this decision, it’s not very clear,” the chairman of the Housing Protection Committee, Shamsudeen Karunagapally, was quoted by ANI.According to the state government the flats, of approximately 2,300 square feet each, were valued at Rs. 39 lakh each, according to the documents.

The next hearing in this matter has been fixed for October 25.On September 6, the court had ordered the demolition of apartment complexes in the Maradu neighbourhood for violation of Coastal Regulatory Zone rules.

On Monday, on being told the state had not followed through on its orders, the Supreme Court slammed the state government.”You are in patent breach of law. Your attitude is of defiance.

Thousands died in devastation. How many houses have you built for victims? Yet illegal structures continue to come up in coastal areas,” a bench headed by Justice Arun Mishra told the Chief Secretary.

In an affidavit filed last week the state pointed out difficulties in demolishing two of the four complexes, saying the flats covered an area of nearly 70,000 square meters that was densely populated and also had two national highways – NH-47 and NH-47(A) pass through it.