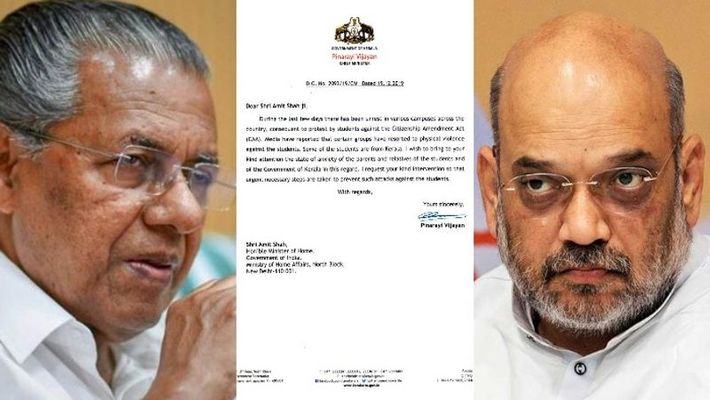 Mr Vijayan, in a letter to Amit Shah, said families and parents of students from Kerala studying in Delhi, are concerned and anxious over their safety.

“I wish to bring to your kind attention the state of anxiety of the parents and relatives of the students and of the government of Kerala in this regard,” Mr Vijayan said.

During the protests against the Citizenship (Amendment) Act, the media has reported that certain groups have resorted to physical violence against the students, he said.

“I request your kind intervention so that urgent necessary steps are taken to prevent such attacks against the students,” Mr Vijayan added.

Bharathanatyam dance lessons to begin in Croydon: Open for all Levels; Register Now