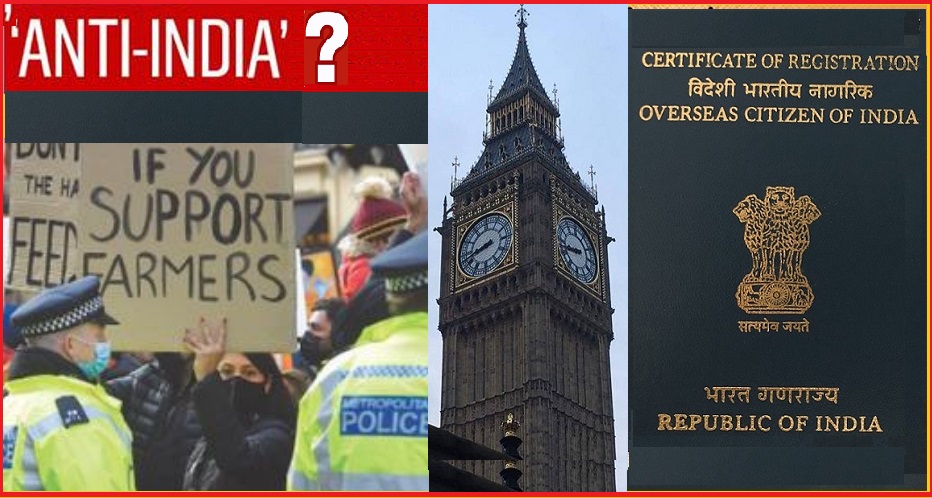 LONDON Nov 8: OCI card holders living in the UK have to be careful when protesting against any policies of the India government. According to reports OCI cards can get revoked if an OCI card holder is involved in protests backing “anti-India” activities.

According to reports, around twelve OCI card holders in Canada those who extended support to the farmers protesting in India had their OCI card revoked.

Even journalists who write articles defaming the India government are likely to have their OCI card revoked. A journalist had his OCI card cancelled for writing an article in Time magazine criticising the Indian prime minister, reports The Week.

According to news reports the ministry of external affairs had alerted its diplomatic missions to keep watch anti-India activities being spearheaded by some of the overseas Indians.

In another instance India revoked the Overseas Citizenship of India (OCI) cards of the Indian-American adoptive parents of Sherin Mathews, the three-year-old girl found dead in a culvert in Dallas, and some of their relatives and friends. Wesley Mathews and his wife Sini from Kerala had adopted Sherin from an orphanage in Bihar in 2016. Welsey Mathews and his wife Sini, were imprisoned for causing the child’s death. The couple’s OCI cards were cancelled by the government, citing that it was not in public interest for them to travel to India. Welsey was found guilty of killing Sherin and is serving time in prison.