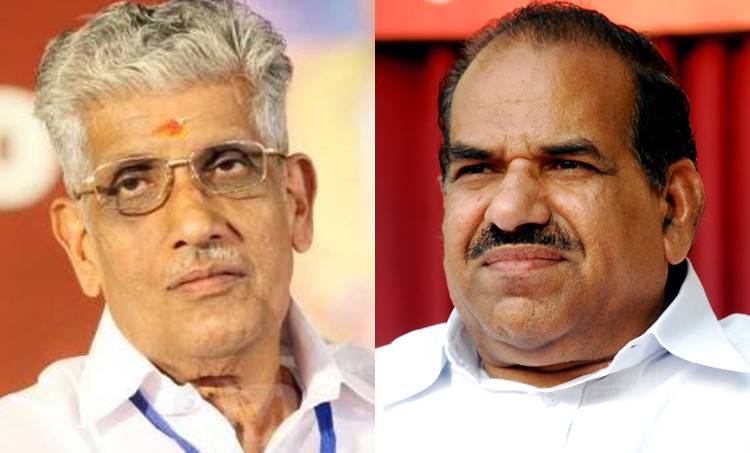 Kottayam Feb 6: The spat between NSS and CPM seems to be getting sharper.  With the Lok Sabha electons nearing,  CPM is sticking to the stand that there should not be any concessions to NSS in the party’s stand.

What provoked Kodiyeri is apparently the challenge implied in  Sukumaran Nair’s response that one could see if the Nair community will heed NSS’s call.

And that itself was in response to Kodiyeri Balakrishnan’s comment that the community would not follow what NSS dictates.

Nair had also said that at election time political leaders will line up  to see community leaders.  Kodiyeri commented that meeting community leaders should be seen only as a natural part of approaching  voters.

In his response Kodiyeri  in effect challenged Sukumaran Nair that NSS could exist as a community organization,  and  if it had any politics it should make it clear or enter the scene with a political party.

Further,  Chief Minister Pinarayi Vijayan who was in Changanassery for a party function advised those who were trying to put the state government on the defensive merely in the light of Supreme Court verdict should ponder whether their stance was justified.  Some people had predicted that the women’s wall would fizzle out,  but things happened to their displeasure,  he said.

What provoked NSS originally is the CPM theory that the community would not go by what NSS dictates.

As of now,  NSS is choosing an anti-government line,  and at the same time it has been noticed that the organization is getting closer to UDF.  There are many who read in the statement of NSS leader, a policy of giving up the declared policy of equal distance from the two fronts.

All the same, the state BJP is in an effort to make political gain by openly supporting NSS.