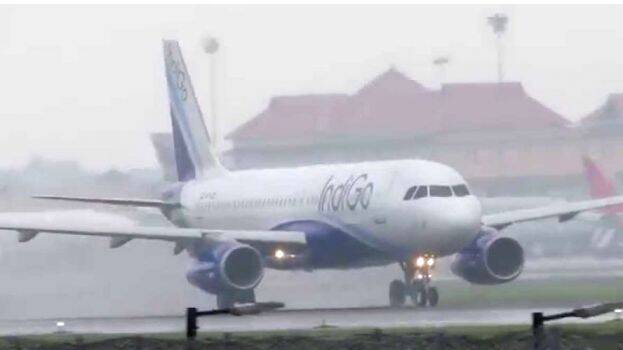 KOCHI Aug 9: The Cochin International Airport has been shut down temporarily following heavy rainfall. The shutdown is till 12 midnight. Flights destined to Nedumbassery will be diverted.
CM Pinarayi Vijayan called for an urgent top-level meeting to evaluate the situation following heavy downpours.

The Central Water Commission has issued a flood warning to nine districts in Kerala. The warning has been issued to Kasaragod, Kozhikode, Kannur, Kottayam, Idukki, Thrissur, Palakkad, Pathanamthitta and Ernakulam.

CM Pinarayi Vijayan said that the state is prepared to face the situation. He added that there is no need to panic in the current situation. He advised the public to avoid dangerous areas. About 13,000 people were shifted to relief centres, he said.

Earlier, Forest officials had rescued ten persons. Currently, the place is approachable only by walking for about five kilometres and the rescue operators had to walk to the destinations.

The first batch of the army is on its way to this place and they too are walking to reach the spot.

The number of people stranded here is not known. Chief Minister Pinarayi Vijayan has held discussions with officials regarding the rescue operation in Meppadi.

Chief Secretary, Army-Air Force officials and Disaster Managements officials took part in the meeting. The chief minister instructed them to carry out the rescue work at war-footing.