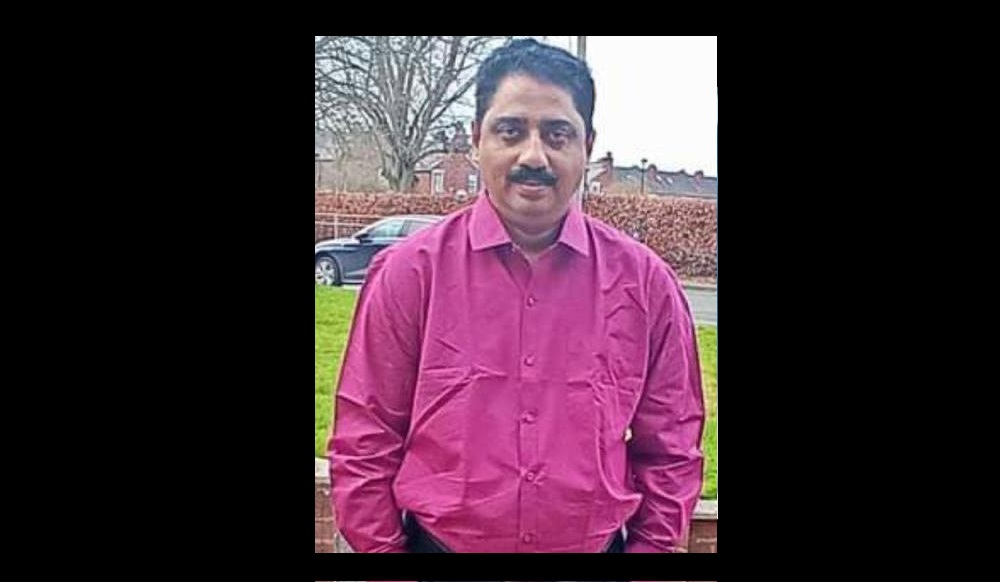 STAFFORD March 8: Biju Stephen (47) and his family, natives of Ranni in Pathanamthitta district of Kerala, arrived in Stafford on a Senior Carer visa with all hopes to set up a life of their dreams.

Biju arrived with his wife Binu and two children on 7th February 2022 and since then the family have been living in another Malayalee’s family home in Stafford.

Biju had sought some treatment for heart related ailment on 25th February 2022 at the Stafford Hospital where it was found that he required further specialist treatment as there were some ECG variation and was moved to Stoke Royal Hospital.

Following further examinations it was found that Biju required an operation due to a heart block and he was admitted to the hospital and was kept under observation with treatment. However, Biju was totally disturbed throughout his stay at the hospital and finally he suffered a heart attack and succumbed to it on 7th March 2022.

The Stafford Malayalee community are supporting the family in such distressing times.

The hardships faced by the family due to the untimely demise of the head of the family are indescribable as they already had spent a huge amount for securing the visa and for the air tickets. Therefore, the Kerala Association Stafford have begun a fundraising campaign to help the family. The plans are also to take the body of Biju to Kerala for the final rites and to donate the rest of the amount to the family.

The Kerala Association requests the community to contribute as much financial assistance as they can into the following bank account.