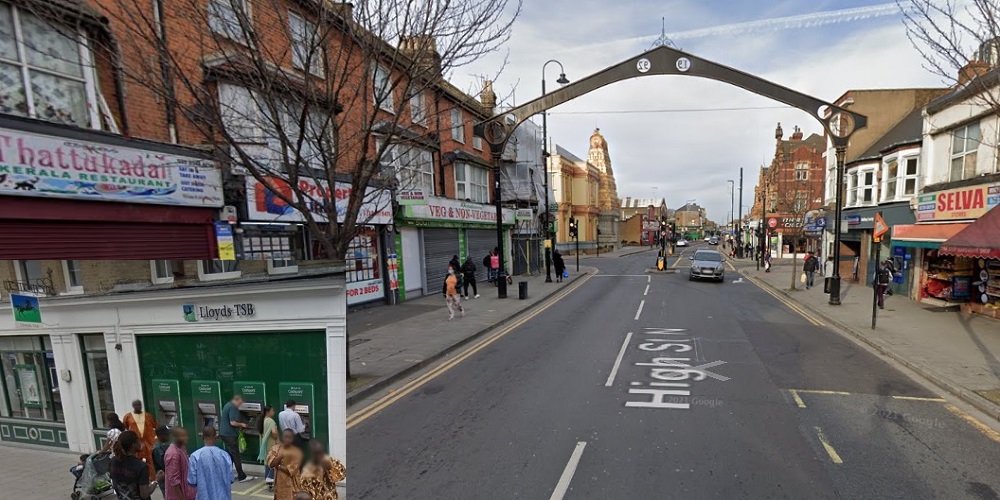 LONDON Nov 16: A Keralite student who arrived in the UK only a month back lost £500 while trying to retrieve the money from her Lloyds Bank ATM cashpoint in East Ham High Street on Saturday 13th November 2021 evening. The theft was committed by a stranger who approached the student at the ATM when she was about to get the money out.

The Keralite student has now had the lost money refunded by Lloyds Bank on Monday (15th Nov 2021). It was sigh of relief for Ranjitha. Ranjitha intially panicked when the stranger took away her money from the ATM. But then she gathered strength to make contacts with the Malayalee community members who she knew and took leads from them and did what she was asked to and thus she had her money refunded by Lloyds Bank.

Also Read: Keralite student loses £500 at East Ham ATM cashpoint after unknown person barges in and runs away with cash

The incident is as below.

Ranjitha was at the ATM Cashpoint outside Lloyds Bank on Saturday to get money out to pay her rent to the landlord when she was approached by a “tall white male who is big in size, most probably of Eastern European/Romanian origin, who speaks English but not in the native English accent”.

While she was about to withdraw the money he began having a conversation with Ranjith in regards to issues he had with his Card getting stuck in the machine etc. Ranjitha became nervous with his conversation as she had already put her bank card in the ATM slot and this man was very much next to her and he barged in took control of the whole situation.

It was all happening very quickly. Ranjitha was all very much caught off guard as she has never been to a cash point before as it was her first time when she had to activate her card.

Suddenly, the next moment she saw cash coming out and in a flash the stranger took the money and ran away. Ranjitha just stood there shell shocked not knowing what to do with such a over powering man who just took control of the whole situation. She was shocked and couldnt utter a word and do anything.

Although, the people behind her were shouting and telling her that he has run away with the money but she was helpless as he had already disappeared.

Ranjitha reported the incident to the Police immediately who registered the case and she was given a Reference Number.

Ranjitha had just lost a month’s rent and her daily living expense. A disappointed Ranjitha returned to her flat without knowing what to do.

She made contacts with whoever, she knew from within the Malayalee community.

She received so much disappointing and not positive feedback. As all those who she spoke to said that she is unlikely to get the money back as it happened outside the bank and it was not an online fraud etc.

However, she persisted with a community member to help her and thus a proper statement was drafted with help from this person. By Sunday midnight emails were sent to Lloyds Bank and their Complaints Team, Financial Ombudsman, MET Police, East Ham MP. The request was for Lloyds Bank and the Police to coordinate by checking the CCTV cameras and nab the culprit to get the money back.

She went to the Lloyds Bank office first thing in the morning on Monday and asked to see the manager. Fortunately, she was seen by a Lloyds Bank staff who was very much helpful. The staff member took all the details about the incident and made contacts with the Police.

Ranjitha was spoken to by the police over the phone while she was at the bank. While at the bank, Ranjitha made regular contacts with the community member to seek advise. Ranjitha waited in patience and after one-and-a-half hours Police and Lloyds Bank came to the conclusion that Ranjitha should be refunded with the money she lost.

Relieving the whole incident Ranjitha said that the worst part of her situation was when her parents made the normal video call on Saturday evening after the incident. Although Ranjitha was on the verge of tears after losing £500 she didn’t tell them about this. She had to keep a bright and happy face so as not to show her sadness to her parents in India. She knew that they would be shocked to hear what their daughter has to go through in another country far away from home.

On being asked if she has shared the happy news with her parents she said: “Yes, I shared the whole incident with them only once I saw the money refunded in my Lloyds Bank account. Although they were a bit shaken they are okay”.

Incidents do happen. But do keep your calm and speak to a community member and report the matter to the police and relevant officials. Pursue the case legally without spending money as you can make complaints by yourselves by email or in person. Chase it up. Never give up if you feel you have been wronged. You don’t need the same political clout or bribe you may do in Kerala or India to pursue a complaint. UK is still a place where you can raise complaints through proper channel.