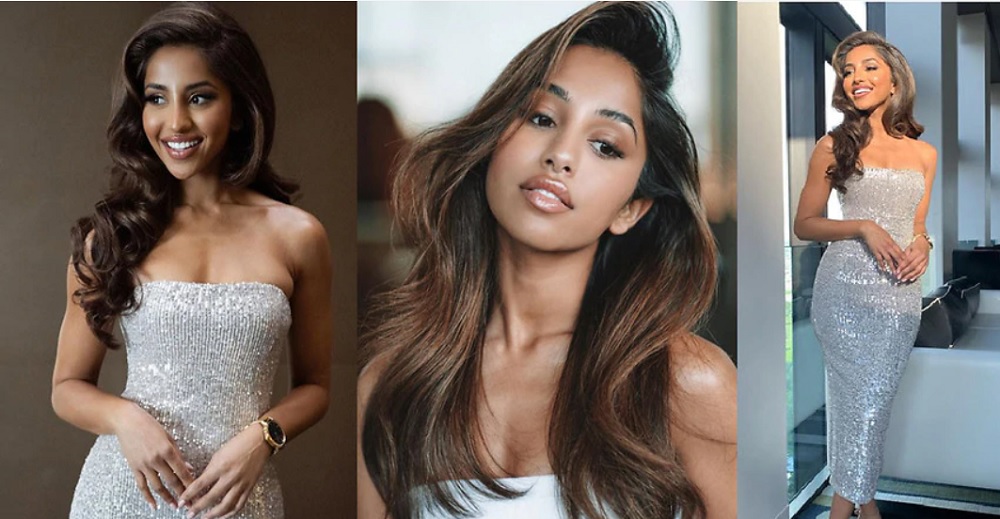 In the pageant, a total of 26 candidates participated, out of which top 5 were accoladed with different titles.

The Pageant event was organised virtually due to the Covid pandemic. Although, the pageant results were announced on October 28, Maria’s crown was delivered to her 2 days late due to the lockdown restrictions. Miss Universe Australia 2019, Priya Serrao presented the crown to Maria Thattil at the end of the virtual event.

Maria Thattil is a 27-year old Indian-origin beauty and fashion influencer. Her South-Indian parents shifted to Melbourne before she was born. She also has her own Youtube channel by the name, ‘Maria Thattil’ where she posts lifestyle and makeup videos.

Her parents migrated from India in the early 90s. Thattil is, however, born and raised in Melbourne. “My dad is from Kerala. He still has family there and I have travelled to India to visit my dad’s side of the family. My mom is from Kolkata. When she migrated, her entire family migrated too. So I grew up with a large family of uncles and aunts and lots of cousins in Melbourne,” she told SBS Hindi.

The last year’s winner for Miss Universe Australia was Priya Serrao of Melbourne. She was also Indian-origin.

Maria is a Creator & Speaker, Inclusion advocate and she also hosts ‘MINDWITHME’ Series to motivate people around her.

Maria posted a sweet video on her Instagram profile sharing her mother’s message. In the video, she is expressing gratitude towards her team, agency and Miss Universe Australia team for sending beautiful flowers as a token of good wishes. She celebrated special moments with her family and friends.