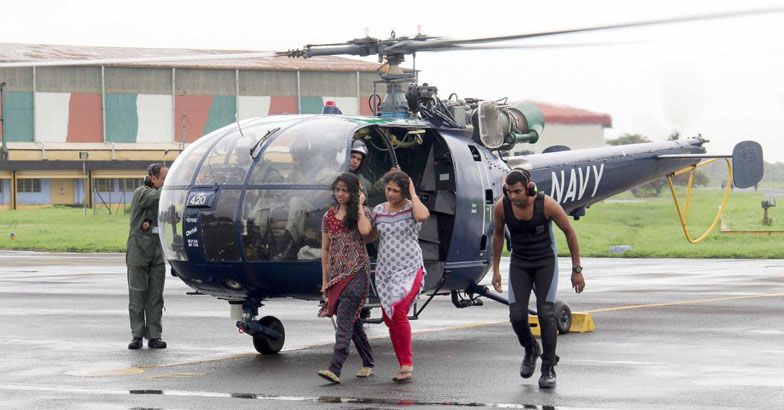 NEW DELHI Feb 5: The centre has forwarded a bill of Rs. 102 crore to the Kerala government for using Indian Air Force planes and helicopters for flood relief operations in the state last year, the Rajya Sabha was informed on Monday.

In a written reply to a question in the upper house, Minister of State in the Defense Ministry Subhash Bhamre said that during the Kerala floods, the Air Force carried out 517 sorties on planes, airlifting 3,787 people and 1,350 tonnes of cargo, and 634 sorties of helicopters, winching 584 people and airlifting 247 tonnes of goods.

“Bills of approximately Rs. 102.6 crores have been forwarded to the Kerala Government for use of IAF aircraft / helicopters for Kerala Flood relief.

The recoveries for providing services of IAF aircraft / helicopters are effected from the State Government and the Administration of Union Territories,” Mr Bhamre said.

The Army and the Navy are also preparing details of expenditure for assistance in the floods in Kerala, he said.

Heavy rain caused floods in large parts of Kerala in August last year, resulting in deaths and damage to property.

The assistance by the armed forces to the civil administration is governed by the “Instructions on aid to civil authority by the armed forces, 1970”, wherein recovery of expenditure incurred by the forces in rendering such aid is specified, he said.

The armed forces compile the details of expenditure incurred and forward the same to the state government, Mr Bhamre said.

“The bills duly scrutinised are forwarded by the state government to the Ministry of Home Affairs (MHA) for reimbursement,” he added. – PTI