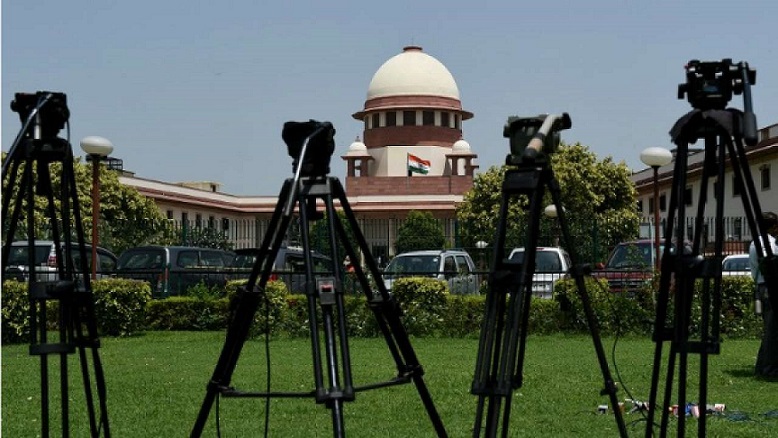 New Delhi July 4: “Is Kerala above rule of law”, an angry Supreme Court asked on Tuesday as it blasted the state government and threatened to put the chief secretary behind bars for not implementing its 2017 judgement on a dispute between two factions on right to conduct administration and prayers in churches.

A bench comprising justices Arun Mishra and M R Shah, which was hearing a matter related to implementation of apex court order on giving control of 1,100 parishes and their churches under the Malankara Church to the Orthodox faction, warned it would summon the Kerala chief secretary for “making a mockery of the justice delivery system” .

“Tell your chief secretary that if he intends to go against the Supreme Court’s order, we will call everyone here. Is Kerala above rule of law? You are making a mockery of the justice delivery system,” an irked bench told the counsel appearing for the state.

The bench also warned that it may put the chief secretary of Kerala behind  bars if the orders passed by the apex court are not implemented by the state, a lawyer appearing for the petitioner said.

Coming down heavily on the state government, the bench said, “You understand the seriousness of the matter. We have tolerated you people so much. The time has come to act against you.”

“What is happening in the country? If they feel that they can do things like this, we will call everyone here. This is not the way the Supreme Court can be treated,” the bench observed and made it clear that its orders have to be implemented by the state.

In its 2017 verdict, the apex court had held that 1,100 parishes and their churches under the Malankara Church should be controlled by the Orthodox faction as per the 1934 Malankara Church guidelines.

Jacobite church followers have been accused of preventing access to the Orthodox faction, despite orders of the high court and the Supreme Court.

The apex court was hearing an appeal filed by St Marys Orthodox Church and others against an order of the Kerala High Court which had “closed” their two writ petitions on the issue, after taking note of arguments of the counsel appearing for the state that earnest steps have been taken by them for an amicable resolution of the disputes between the factions.

The petitioners have claimed in the top court that some of the directions passed by the high court in the matter were contrary to the top court’s directive.

St Marys Orthodox Church and others had filed two pleas in the high court seeking implementation of the apex court’s orders passed in the matter and  police protection for offering prayers in the churches there. – PTI