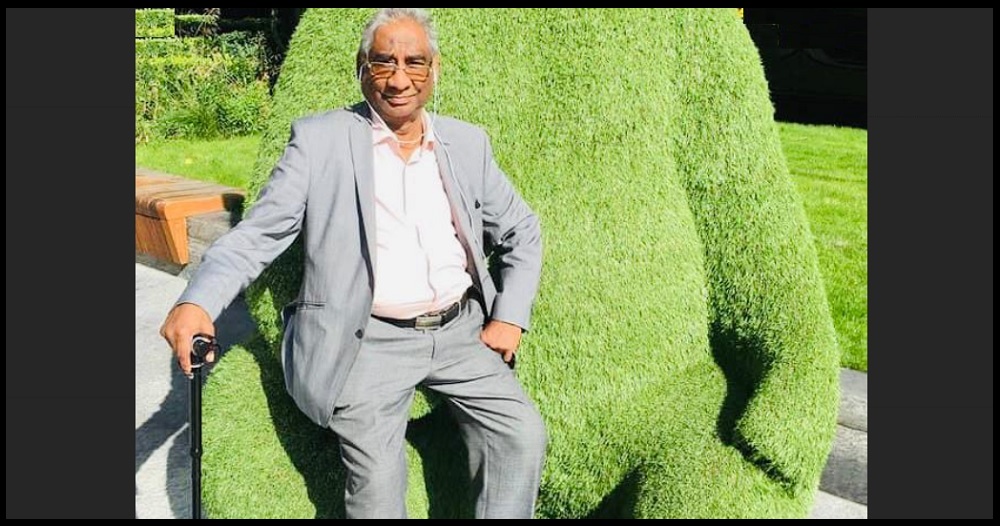 LONDON Jan 21: On Friday 15 January 2020, Mr Mohanan Kumaran passed away due to complications resulting from Covid-19. Son of K.V. Kumaran Vaidhyan (of Kochayath) and Kanakalatha, Mohanan is mourned by his wife, Suseela, and children Harinarayanan and Sreelakshmy.

Uncle Mohanan was a serial entrepreneur and had a number of businesses during his time in UK. Ranging from education, tourism and nursing recruitment, to restaurant and film industry, his areas of interests were vast. He had run the SSGS School of Business and Computers at the turn of the millennium, after which he expanded his portfolio to Continental Food and Wine, and Lettings agency.

Mohanan uncle had introduced many Malayalees to UK through his travel agency, Terra Travels, and nursing recruitment contracts he undertook. That being said, he is most well known, perhaps, for his involvement in the distribution of Kairali, Amrita tv, and Shalom channels across Europe.

He had also managed Boleyn Cinema for almost a decade, during which time he dabbled in Publishing (Heritage Asia magazine), money exchange and restauration. Mohanan uncle retired, and after he was diagnosed with Cancer, and led a more slow paced life with his wife, Suseela.

Coming from humble beginnings in Cheriazheekkal, Mohanan uncle always valued, cared, and loved his family. Every friend he’s made along his journey through India, Saudi Arabia, and UK, he cherished.

Looking back, it’s easy to see that his ventures had a focus on the celebration of his culture, and on providing support, or means to improve lives for those back home in Kerala.

He’d supported many families and friends in establishing a life in UK (along with his late elder brother, Ravimohan) over the years. He was the type of person who would make sure that you are fed, regardless of cost to himself, if you ever passed by his restaurants. Or if unemployed, uncle was more than happy to bring you into his establishment to help build up experience for your desired job.

We would like to also take this opportunity to say thank you to everyone for the condolences and offers of support.

We are also thankful to everyone who wished to contribute as their way of saying thank you to him: we thought the best way to deal with this was to facilitate a way to support those less fortunate than ourselves and help charities in Kerala which, we believe, would represent the type of person Mr Mohanan Kumaran was.

To make a contribution to carry on his vision to help those in need, please get in touch via mohananmemorialfund@gmail.com.

Due to Covid-19, a small funeral shall take place. Please get in touch at mohananmemorialfund@gmail.com if you would like to join us virtually in sending Mohanan off.

Growing up, uncle was a big part of my life in my first decade in London. I would spend the weekends at the cinema and restaurant as a teenager, helping out with this and that alongside my dad, his younger brother.

There I would learn about money handling; and tourism through the expo’s and events he would let me tag along to. Little did I know back then, that the real world was pretty much how my uncle had shown it would be: businesses and money will come and go, but personal relationships are what matters. No one knows this better than those of us who have had the fortune of knowing Mohanan uncle. A big personality, with even bigger dreams, Mohanan uncle never let the odds stop him in accomplishing his dreams.

I hope, his life and attitude to helping others will inspire all of us, and the generation to come, to be kind towards others, and to seize opportunities fearlessly.