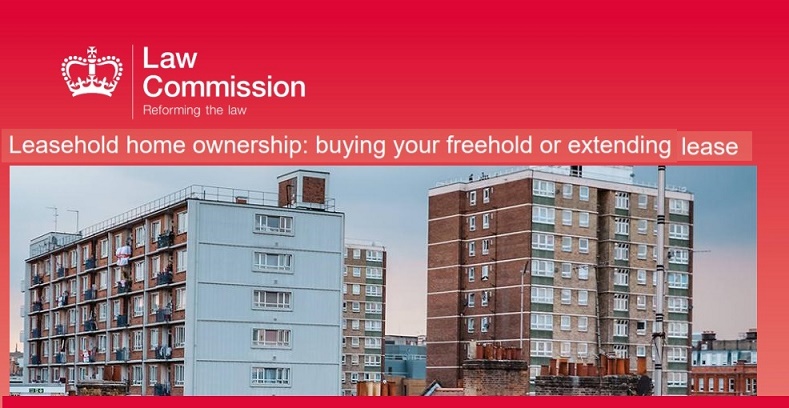 LONDON July 22: The Law Commission, on behalf of the UK government, has published a series of proposals to improve the leasehold system and make it easier for individuals to own their flat outright. The proposals, would make it easier and cheaper for homeowners to buy the freehold, extend their lease, or convert to commonhold.

The proposal also recommend creating a new right to a lease extension for leaseholders of both houses and flats, for a term of 990 years, in place of shorter extensions of 90 or 50 years under the current law.

There would be no ongoing ground rent under the extended lease. The proposal also recommend that leaseholders who already have a very long lease should be able to buy out the ground rent without extending their lease.

In December 2017, the Law Commission, an independent body set up by Parliament to advise ministers, announced that residential leasehold was one of the 14 topics it would explore in reforming. Yesterday, it published the recommendations on commonhold, leasehold enfranchisement and the right to manage.

The report has come as a response to scandals that has seen thousands of homeowners hounded with inflating ground rents and rising fees by developers.

Today, the commission have suggested that existing leaseholders should have the right to a lease extension for a term of 990 years, in place of shorter extensions of 90 or 50 years under the current law.

Professor Nick Hopkins, Commissioner for property law said: “The leasehold system is not working for millions of homeowners in England and Wales. We have heard how the current law leaves them feeling like they don’t truly own their home.

Our reforms will make a real difference by giving leaseholders greater control over their homes, offering a cheaper and easier route out of leasehold, and establishing commonhold as the preferred alternative system.

The reforms will provide a better deal for leaseholders and make our homes work for us, and not somebody else.”

Improvements would make it easier and cheaper for homeowners to buy the freehold or extend their lease, and to take control of the management of their block of flats or an estate

The Commission’s reforms will lay the foundations for future home ownership to be freehold and tackle some key issues that existing leaseholders currently face.

This would be done by:

Reinvigorating commonhold – which allows people to own a flat forever, with a freehold title and no landlord – as an option to replace leasehold for newly-built flats. Recommended reforms would also give leaseholders a route out of leasehold by making it easier to convert to commonhold.

Improving the current system for existing leaseholders by:

Improving the process by which leaseholders can buy the freehold or extend their lease (“enfranchisement”). The recommendations would create an improved enfranchisement regime that would be simpler and cheaper for leaseholders in flats and houses.

Making it easier and cheaper for leaseholders to take over the management of their building without buying the freehold, by exercising the right to manage (“RTM”). The RTM lets leaseholders take control of services, repairs, maintenance, improvements, and insurance.

It has been estimated there are at least 4.3 million leasehold homes in England alone. If enacted our reforms would help those owners and pave the way for a system where flats are sold with freehold title (as part of a commonhold).

To read the full report

Leasehold home ownership: buying your freehold or extending your lease