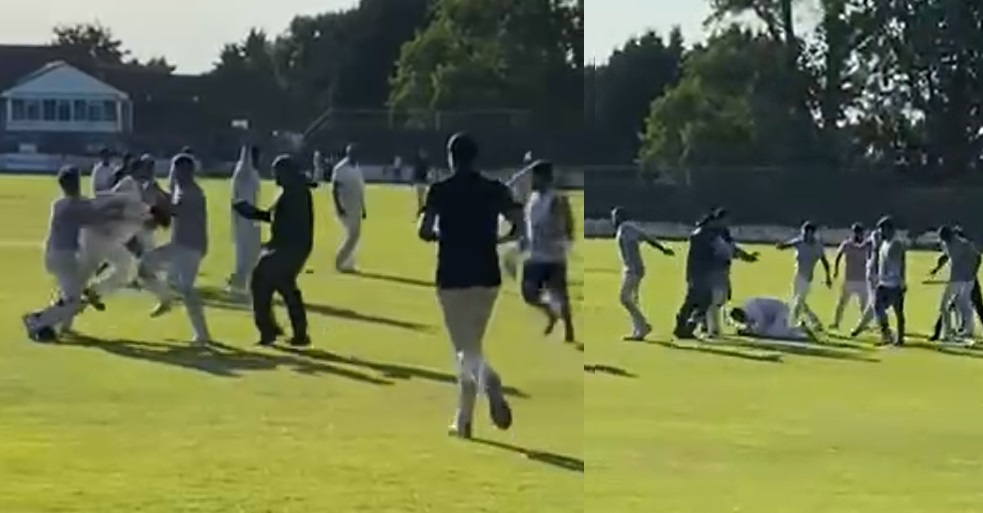 MAIDSTONE (Kent) July 20: A fight broke out at the end of a six-team charity cricket tournament held at Mote Park Cricket Club in Maidstone in Kent on Sunday. Following the fight between group of cricketers the charity cricket match was abandoned.

The charity tournament was hosted to raise money for Share for Care, which helps those in need of medical treatment in Pakistan and the Heart of Kent Hospice.

According to Kent Online, the group of players who fought each other with bats are believed to be from Gravesend and Gillingham in Medway.

The T10 cricket tournament consisted of a mix of Asian cricketers who play in different teams in the Kent Cricket League.

On social media on Monday, The Mote Cricket Club said: “The Mote CC would like to distance ourselves from any events that took place at our club yesterday. 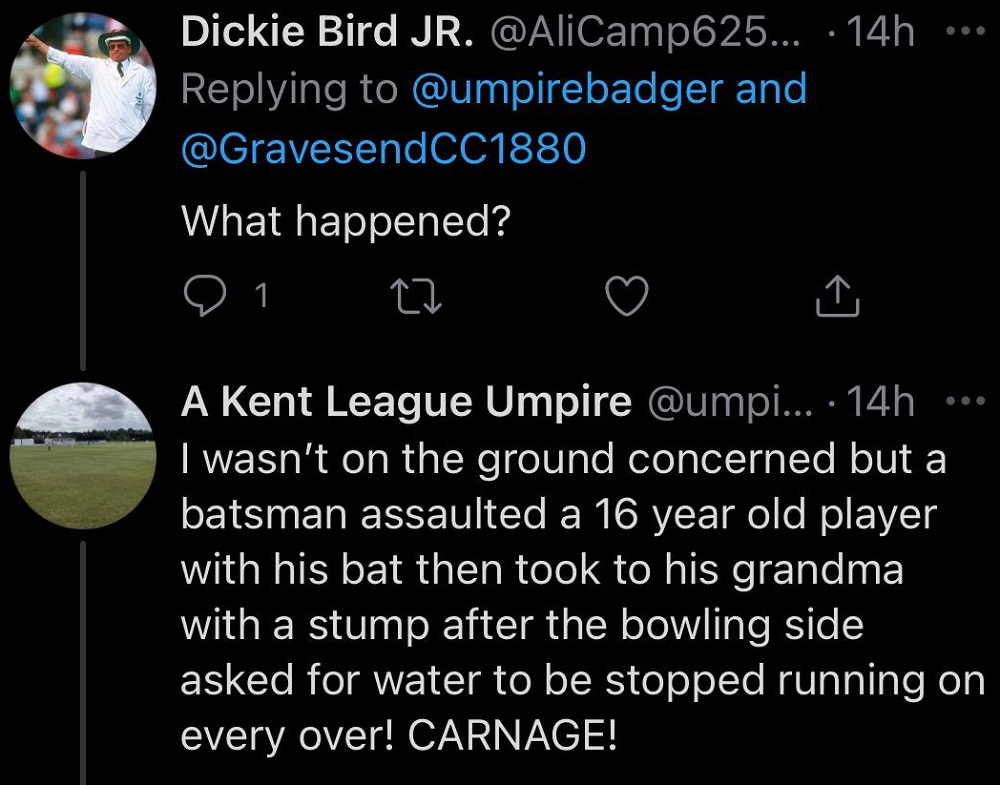 “We do not oversee and are not responsible for behaviour of any of those who commercially rent our ground. 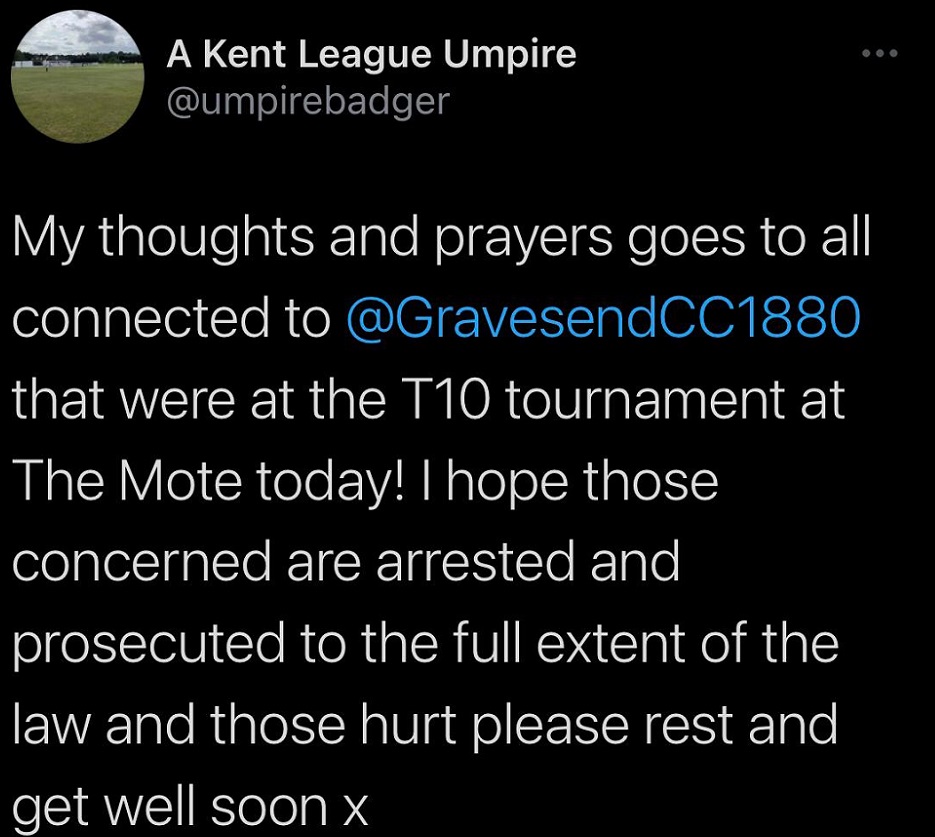 “We do not condone these events, and are saddened and disappointed in the organisers and those involved with the incident.”

The Mote CC would like to distance ourselves fro any events that took place at our club yesterday. We do not oversee and are not responsible for behaviour of any of those who commercially rent our ground…

Footage shows a group of players arguing before a bat-wielding man, who was shirtless, charged at them.

More players are seen exchanging blows while those watching the match scream as they watch the fight break out.

The camera pans around to show that another is on the floor, as more men start waving their bats.

The fight, which broke out around 7pm, left a couple of the men with injuries and police and paramedics were called to the scene.

Shehzad Akram, who helped to run the event, told Kent Online: “We tried our best for charity and these lunatics just spoiled it. At the end of the day, we were having the final match and it was the last couple of overs when some guys came on the pitch and attacked a few of the players.

“I don’t know what the main reason was behind it, but there were some troublemakers in the ground. They started fighting with their bats and hitting people.”

“I was far away from it, but by the time I got near, they were still fighting and swearing at each other. We are not happy – we don’t tolerate this behaviour. No one’s life was lost but a couple of guys got injured in the fight. I told them then that what they’d done was a disgrace.

“There should be stiff action against the players involved. We won’t let these people come into the ground in the future – we know their faces and we can’t take that risk ever again,” Akram added. 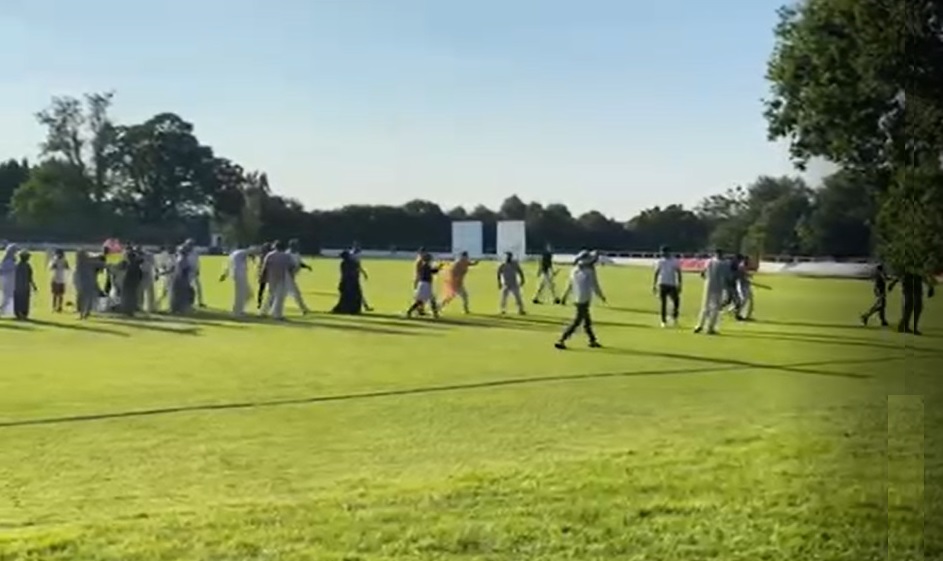 A Kent Police spokesman said: “We were called at around 6.50pm on Sunday regarding a disturbance at a sportsground in Willow Way, Maidstone.

“Officers attended and spoke to those who were present at the scene.

“There have been no arrests at this stage and enquiries are continuing into the incident.”