MUMBAI Oct 8: Indian food delivery portal Zomato posted a simple question on Twitter. “What’s that one dish you could never understand why people like soo much?” In response Edward Anderson, a UK-based Professor of History and expert in India-Britain studies, took to Twitter to post: “Idli are the most boring things in the world,” Anderson wrote.

The post instantly raised eyebrows with South Indians taking to Twitter in hordes to protest the Tweet. The tweet got so much interest that Sashi Tharoor MP’s son Ishan Tharoor too joined in. Ishan jokingly (we hope) referred to Anderson’s take on idli as the “most offensive take” he had ever heard on Twitter. Ishan’s father and Congress’s Thiruvananthapuram MP Shashi Tharoor also joined in the debate.

In response Tharoor wrote, “Civilisation is hard to acquire: the taste & refinement to appreciate idlis, enjoy cricket, or watch ottamthullal is not given to every mortal. Take pity on this poor man, for he may never know what Life can be”.

The outrage was enough for Anderson to take to Twitter and eke out an explanation for his dismissal of the characteristic powdered-rice cakes so dear to South Indians. Not one to seemingly bow down, Anderson wrote,”Before the whole of south India attacks me, can I just say that I love dosa and appam and basically all south Indian food. But idli (and puttu for that matter) are insufferable.” He also informed that his in-laws were from Kerala, perhaps hoping it would help him win against the “idli-defenders”. 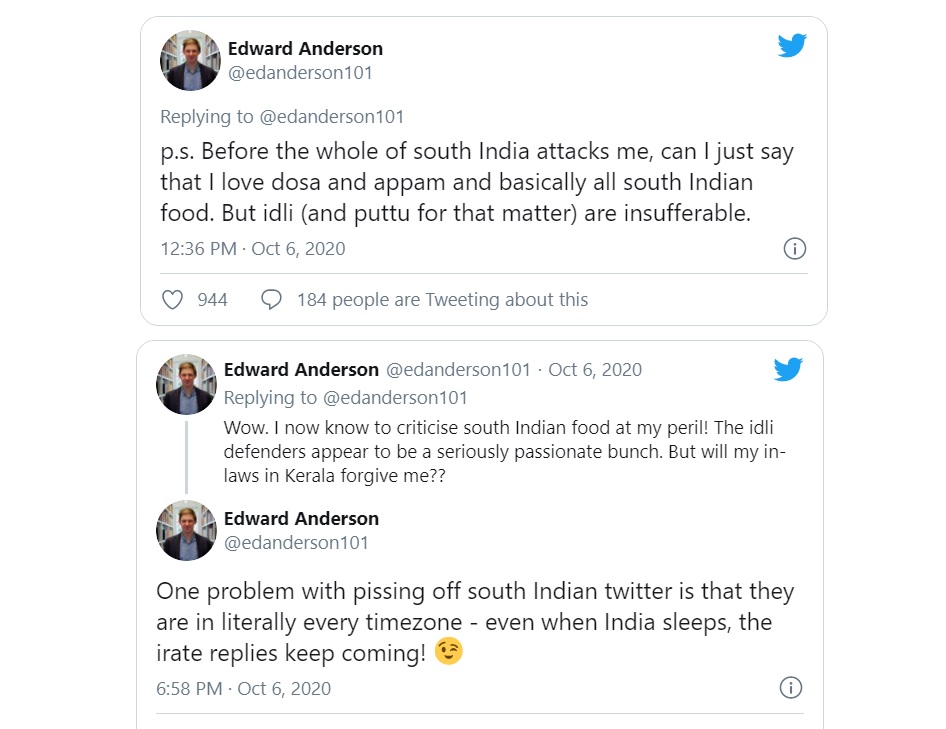 After Tharoor’s response went viral, Anderson replied to him claiming that he had been afraid that the “world’s most famous Idli Evangelist” would see his post and slam him. To defend himself, the clever professor had a copy of Tharoor’s book “Inglorious Empire: What the British Did to India” close at hand. 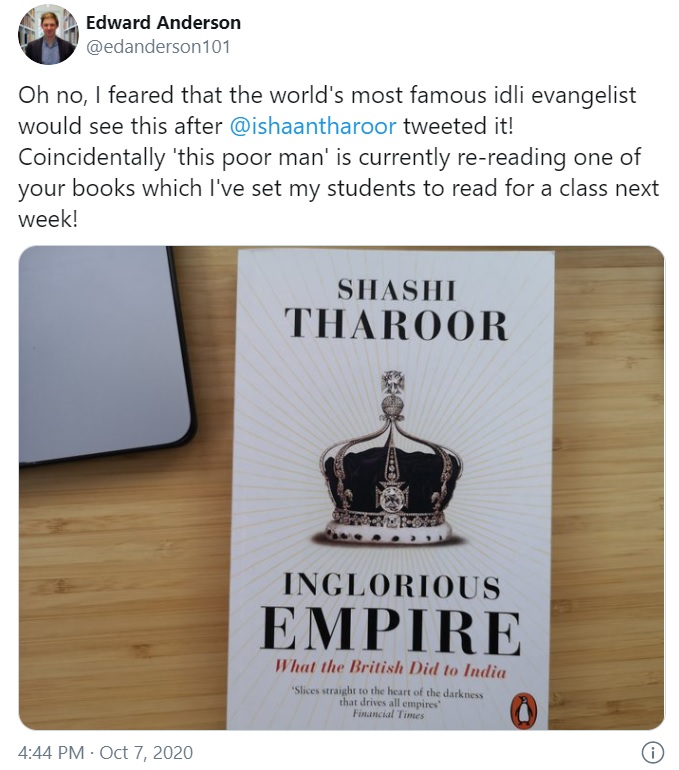 Anderson went ahead to himself order idli that very day and eat it while sharing the entire experience on Twitter. 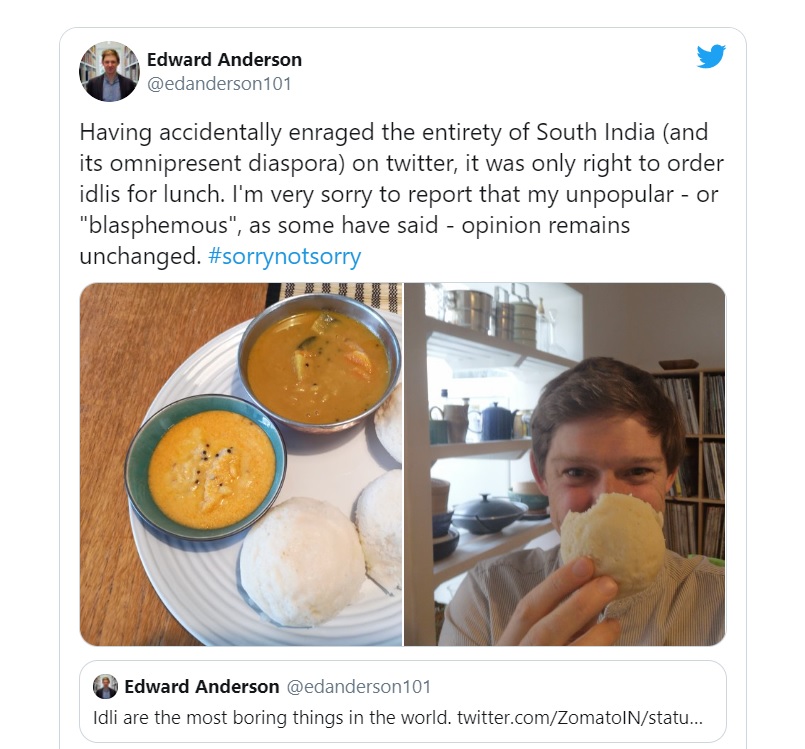