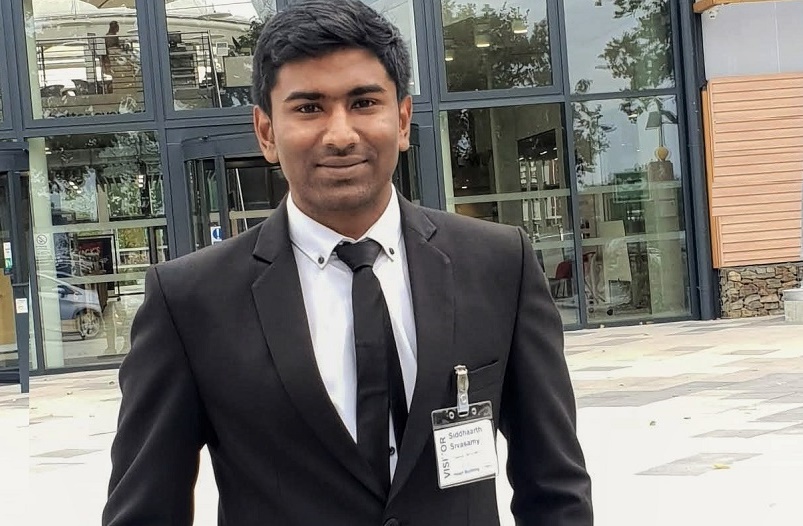 LONDON July 15: In a show of exceptional camaraderie, the Keralites and Tamilians who are stranded in the UK during the time of the Covid, have come together to join hands and work towards helping their brethren to reach their destinations safe and secure.

There are still hundreds of Malayalees and Tamilians who are stranded in the UK unable to make it to the Air India repatriation flight under the Vande Bharath Mission facilitated by the Indian government.

Malayalees Stranded in UK Whatsapp group have been gaining momentum through their activities to those stranded when Sid from UK Tamil Makkal Forum stumbled across the activities of the Keralite community by Anoop Sasidharan and Sanjay Menon. Sid or Siddhaarth Sivasamy soon found a unifying bond between the joint efforts by the two groups.

Sid soon became friends with Anoop and the relationship blossomed with some very common bonding factors. Sid and Anoop communicated and soon they found that there has been a lot in common between them.

Anoop and Sid had the commonality where these two greats humanists always helped their communities at times of need by being there for them whenever there is a query raised. Sid has come

Siddhaarth Sivasamy from Karur in Tamil Nadu had just completed his MBA from Demontfort University, Leicester. He left UK after his studies in June 2019 and his graduation was supposed to take place this month (July 2020) which has been postponed due to the Corona pandemic.

Sid explains on how it all started with his efforts to help those stranded Tamilians in the UK, the travails he had undergone and efforts put in place to achieve the objective of helping those stranded to reach their home safe and sound.

His Whats app group titled UK Tamil Makkal Forum, today boasts a maximum of 250 plus members. Read his blog below on how he was able to secure the help for those stranded.  He continues to work with the Malayalees Stranded in UK Whatsapp group led by Anoop Sasidharan, Sanjay Menon, Sajida, Dr Ajay.

One of my college friend, Puja Subramanian got stranded in the UK and following an emergency situation in India she couldn’t travel due to travel restrictions.

As Vande Bharath Mission (VBM) seemed to be the only way to get back to India both my friend and me had no information or guidelines on booking and on the quarantine procedure.

This was when I started to gather information from social media and elsewhere. By this time already Phase 1 booking was over and only very limited flights were arranged to India with just one flight available to Chennai.

They also had destination wise and Uk region specific group which was very helpful.  From there I got to know about a whatsapp group created by Mr Karthikeyan for Phase 1 Chennai people.

I joined that group to connect with similar people looking to travel in Phase 2 and also  to help my friend  with required information. By that time Phase 2 schedule was announced and there were no flights arranged to Tamil Nadu while most of the other states had at least one flight schedule.

So , we decided to set up an online petition  (https://t.co/rKjqerBgWM ) to get counts of people wanting to get back to  Chennai and also collect their necessary reasons to get back home.

By now more number of people started joining  the Phase 1 whatsapp group through  word of mouth and from the petition we created. By then  60 people had already signed the petition.

This is when Shyamala and myself decided  that we need a separate whatsapp group for Phase 2 people to get better focus and we did the same.

As word of mouth started spreading more people started to join our Phase 2 whatsapp group. We additionaly created a google form to get more information on people and their emergency so as to pass this  on to respective authorities.

By then I  got to know from the google form  that there were many Chennai travelling people  in UK  emergency cases (10+ bereavement cases, 6 people with parents/family diagnosed with cancer, elderly stranded with critical health condition, laid of workers, students, visa expired people, tourists who were struggling financially)

This is when things got to become more serious and we decided to take this forward to the next step  and by now we had almost 200 people in our  whatsapp group who came  to us from various sources.

So, we then started  contacting officials regarding peoples situation  and started to send emails  to all concerned State and central government authorities,  newspapers, TV channels, celebrities, etc.

We started to work round the clock with just a few hours of sleep every day. We then set up a page on both twitter and Facebook to loop in our concerns  and the page started to get recognition as well!  (https://twitter.com/uktamilmakkal)

Initially there was no reply to any of our emails. Then we tried to contact journalists, celebrities and politicians from TN on twitter. We finally got to get an article written by  Siddharth Prabakar of Times of India (https://t.co/U8VWi8i5Ob) and we started to get responses from other newspapers and media houses.

This followed up with contacting MLAs and MPs to help us. We had volunteers in our groups who would follow up with each of them personally. We were able to get letters sent by MPs to the Home Ministry and External Affairs minister to arrange a flight to Chennai.

We were hopefully waiting for some good news and again  with unfortunate news,  additional flights were added in Phase 2 but Chennai was missed again. So, we began to lose hope and started working on another alternate plan side by side in  arranging a Charter flight with help of an UK official.

After putting all our efforts continuously , at the end we got to know that Tamil Nadu government denied permission for charter flight landing in India, leaving us with the only hope of getting to india via Airindia evacuation flights.

We continued to be hopeful, waiting for some good  news and kept following up with politicians, Celebrities and media houses to help us. And finally one day we got the announcement that Phase 3 has been announced with 3 Chennai flights with the first scheduled flight to Chennai.

By then,  we had almost 250 people in our group and most people were able to get their tickets after some hassle. Also people without tickets were called by air india personally and got it booked.

By then my friend got her travel tickets to Kochi as there was an  error in her booking to TN. It was then I got to know through my friend about Anoop and his group from Kerala for helping stranded people from different countries throughout the world.

I joined the group to help out my  friend to reach  Kochi safely and got myself introduced to Anoop and congratulated him and his team for their efforts in helping Kerala  people.

That was when we both agreed to the fact that we both state people to support and help each other to so that everyone can get  best guidelines and  latest travel information.

By this time, most of the Phase 3 people have settled and Phase 4 was announced. We had to create a separate phase 4 group and repeat the process for helping out everyone.

Now, this is going to continue until all phases are completed and people are settled and have reached home safe after their quarantine period!