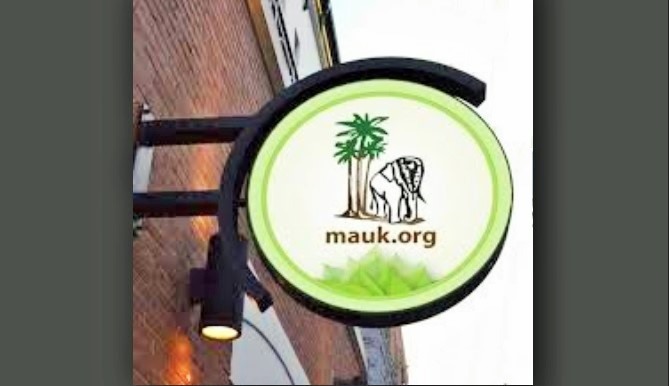 By A Staf Reporter

This website had published an Editorial titled “Delayed repatriation of Rajeev’s body a shame to UK Malayalee community” on Monday March 25, 2019. This was as a result of the delay in the body of Rajeev Thankappan, who was found dead on March 2, 2019, being repatriated to his home back in Kerala. The body of Rajeev was taken to Kerala from the UK on Monday night and it reached Kerala today (March 27, 2019) at 3.30am. The family received the body around 7am and was taken to the home in Thiruvananthapuram for the funeral which should also take place today.

In response to the editorial, the Malayalee Association of UK (MAUK) has responded to this website as below on March 25, 2019. Please find below a full and comprehensive explanation on why the delay happened.

I am a MAUK director Board member who has been assisting with the repatriation of the Late Rajeev Thankappan’s mortal remains back to his young daughters and wife in Kerala.

This morning (Monday March 25), on my way to pick up the No Objection Certificate (NOC) to repatriate Rajeev’s body from the High commission of India (HCI), I was forwarded the link to your article titled ‘Delayed repatriation of Rajeev’s body, a shame to UK Malayalee Community.’

I have eagerly read your interesting take on this sad saga and would like to, although reluctantly, respond to the questions you posed to MAUK.

Firstly, let me thank you for highlighting the delay in repatriation of the body and for raising public awareness about the responsibilities of the sponsor (or as some would say ‘people traffickers’), who brought Rajeev over to London by making false promises.

Also, from the outset, let me inform your readers that the Board of Directors of MAUK are individuals who have volunteered their time, effort and energy to serve our community while upholding the high values and vision of MAUK. We do not have any paid staff.

Nearly all our directors work full time and most have young families. MAUK Directors work within the moral and legal boundaries of MAUK Code of Conduct, Charity commission, Companies House, Fundraising Regulator, local statuary bodies and at the direction of its membership.

We are a service-oriented organization, that do not seek fame, authority or have desire to be in command of all community issues.

Now to the issues raised in your article. On the evening of Friday, 1st March I was informed of Rajeev’s death by an individual from East Ham and was asked for advice on repatriation of the body.

I immediately got in touch with our contacts in Loka Kerala Sabha and spoke to Rajesh Krishna, who agreed to do what is necessary through NORKA. I conveyed this message to this individual and gave him Rajesh’s telephone number to liaise directly.

I was informed by the individual that Rajeev’s family was informed of the tragedy and his wife and brother had authorised him to act on their behalf. Having faith in his ability, I offered full assistance on behalf of MAUK and trusted him to do what was necessary.

A letter from The Principal Secretary to Government of Kerala, seeking urgent repatriation of Rajeev’s body by meeting relevant expenses was forwarded to High Commission of India (HCI) as early as 5th March by NORKA Joint Secretary.

Eleven days after the death, a relative of Rajeev contacted me to complain about the slow progress in the repatriation of the body and requested assistance of MAUK. He was concerned that even the postmortem hadn’t been done yet.

I informed him that as the family had authorised the individual from East Ham to act on their behalf, MAUK can only intervene if an official request is made by the family, which he did in writing to MAUK Secretary.

Following this request, I have taken days off from my day job to work alongside the individual to speed up the process using MAUK’s resources, knowledge and volunteers.

The Coroner’s report, Free of Infection certificate, Embalming Certificate and transportation details had to be arranged for the HCI to issue the No Objection Certificate to take the body to Kerala.

This meant liaising with many offices with different working practices and ethos including the Wathamstow Coroner’s Office, two different Funeral Directors, NORKA and HCI. Having to meet the demands of various offices was a stressful and time-consuming task.

I can assure you that the individual from East Ham has spent a considerable amount of time, often at the cost of managing his own business, to get necessary paperwork completed as I personally accompanied him on most occasions.

MAUK even had to pay a deposit of £1,000 to the funeral directors so that they could start preparing the body and get the paperwork ready, which was required by the HCI to release Embassy funds that were agreed.

We also received calls questioning what MAUK is doing to prevent incidents like this re-occurring by naming and shaming people traffickers in our community.

As a compassionate organisation that beholds humanitarian values dearly, we appreciate the desire of people who take risks in the hope of migrating to a foreign country to better their lives.

However, we realise that wider awareness is needed about the difficulties faced by those who overstay their visas and will aim to highlight this through our media.

To answer some of the questions raised in your article, we do not have a special fund set aside for emergencies such as bereavement but have a commendable track-record of helping community members when in dire situation.

There are no set policies for every eventuality, but we take each request made to us on its merit and take appropriate action based on the general consensus of the board members. We do not have a dedicated welfare officer to deal with such matters either.

However, if a request is made to MAUK, the vast experience and the diverse expertise and contacts of the Board members are utilised to achieve the results more effectively, efficiently and promptly.

MAUK welcomes everyone with open arms and warm hearts. I can assure you that community members who approach MAUK in times of genuine emergencies will be treated with utmost empathy and all support and assistance will be provided in line with our policies, promptly and confidentially.

Would it have speeded up the process if MAUK took ownership and worked on behalf of the family? I can confidently answer yes to the indirect question that was raised through your article.

And the reason is that as a charity we are accountable to our members, the public and various governmental agencies and would have acted impartially without deviating from the core task at hand.

But I ask your readership these questions? Is it the responsibility of individuals or community organisations to coordinate the repatriation of the body of an Indian citizen? What is the value of the life of an Indian citizen when abroad? Shouldn’t there be a single window outlet at the Indian High Commission’s office to deal with such matters?

Isn’t it the responsibility of the Office of the High Commissioner of India to coordinate the prompt and orderly repatriation of the remains of Indian citizens rather than leave it to the mercy of fellow compatriots?

I have just handed in the NOC which I collected earlier from HCI to Albin International, the company that undertook the embalming and preparation of Rajeev’s body and got back to my day job with the knowledge and relief that Rajeev’s body will be flown out this evening to his two young daughters who will finally be able to mourn the death of their father and find closure.

I believe that as a reputable organisation representing and working for the social, educational and cultural advancement of UK Malayalees, MAUK

have on this occasion too acted and delivered what was expected of it in a dignified manner from behind the scenes.

I wish to bring your attention to the timely response and invaluable assistance of Rajesh Krishna in getting the funds sorted through NORKA. The officers of NORKA also deserves special mention for their prompt actions.

Finally, I thank your website for giving us the opportunity to explain our involvement, although we would have found solace in the knowledge that ‘a good deed is never lost’. – Director | MAUK