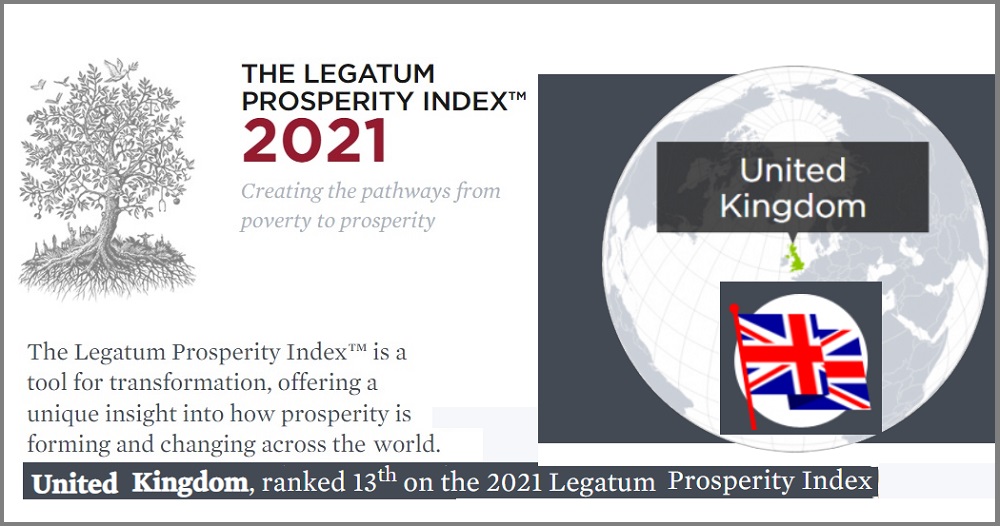 Scandinavian countries, Denmark, Norway, Sweden, topped the list again, with the UK slipping to 13th place behind Ireland despite being the 6th largest economy in the world.

The world’s biggest economy, the US, was ranked 20th and the number two economy China only ranked in 54th place, behind countries like Panama and Georgia.

Whilst the plateauing of prosperity has been caused — at least in part — by the health and economic consequences of the COVID-19 pandemic, it has also been driven by the concerning erosion of many of the core features that underpin prosperity. Specifically, we have seen an ongoing deterioration in Political Accountability and Freedom of Speech and Assembly in most regions of the world. We are calling this out as a key area of concern.

We have seen prosperity stall for the second successive year in the world’s two most prosperous regions (North America and Western Europe), while in the least prosperous region (sub-Saharan Africa), it has improved for the 11th year in a row.

The cost of living in the UK rose at the highest rate in 10 years as the official inflation rate hit 4.2% this month – more than twice the Bank of England target rate.

Interest rates will rise in December or January after the central bank’s Monetary Policy Committee held the base rate this month.

Inflation is getting out of control around the world, party fuelled by rising commodity prices and money printing, and rate rises to control it could trigger another recession and stock market fall.

Markets are already jittery, but Gold and Cryptocurrencies have increased on inflation fears.

Joe Biden’s $1.7 Trillion spending plan has been passed by the US House of Representatives. The UK and Japan have also announced multi-billion spending sprees to revive their economies.

Amazon has stopped accepting payments Visa credit cards in the UK due to higher charges in a move which could see a payment system disruption.

Property prices eased last month, which is normal for the time of year, but China and the US continue to experience market falls.