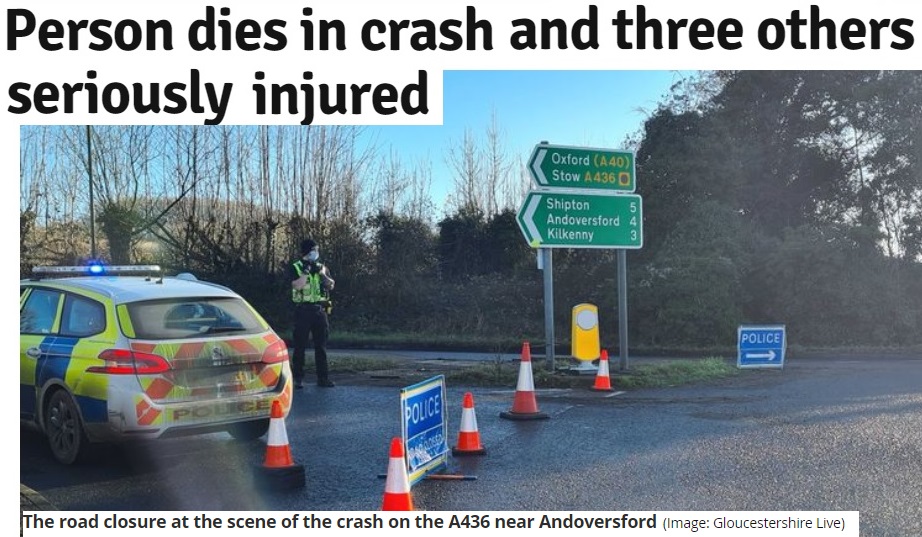 Gloucestershire Jan 17: Two Keralites have been confirmed dead in a crash involving a lorry and a car at a roundabout near Cheltenham in Gloucestershire. The collision on the key road near Andoversford was first reported shortly after 11.15am this morning.

The dead has been reported as Ernakulam Kunnakkal native Bins Rajan (32) and Kollam native Archana Nirmal.

There were five passengers including a child in the car.

Reports say that the family included Bins Rajan, his wife and his child and another couple.

Bins Rajan is reported to have died at the scene. His wife Anakha and child, who is severely injured are admitted to hospital in Oxford.

Archana, native of Kollam, was admitted to a hospital in Bristol but she succumbed to her injuries.

Bins Rajan arrived in the UK in August 2021 alongwith his wie Anakha and child. Wife Anakha was a student at the Luton University.

The Keralite families were travelling from Luton to Gloucestershire when their car collided with a lorry.