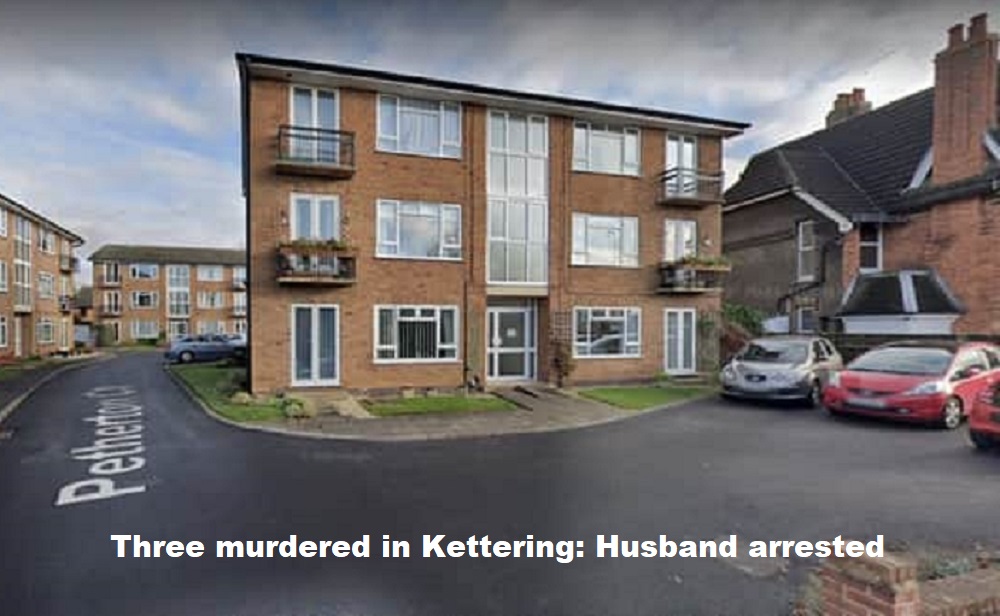 According to Northamptonshire Telegraph, “police officers were called to Petherton Court in Kettering at 11.15am today (December 15) where a woman and two children believed to be around aged 6, and a girl understood to be aged 4, were found with serious injuries. The woman died at the scene and the two children later died in hospital. A 52-year-old man has been arrested on suspicion of murder in connection with the incident and remains in police custody. At this time, officers are not seeking anyone else. Forensic post-mortem examinations to establish the cause of death will be taking place in the coming days.

Unconfirmed reports say that the family are from Kannur in Kerala. The woman is said to be working as a staff nurse with NHS.

According to the information circulating among the Keralites, the husband who tried to run away from the spot was chased by the police and caught.

A triple murder investigation has been launched following the death of the woman and two children.

Local policing area commander Superintendent Steve Freeman said: “There are no words to describe how upsetting this incident is but I want to reassure the public that we have a team of detectives working on the case, absolutely determined to get justice for this woman and the two children.

“The man we have arrested is currently being questioned by detectives in custody however anyone with any information is encouraged to contact us, either by calling 101 or by calling Crimestoppers anonymously on 0800 555111.

“We understand that the local community, and indeed many people across the country, will be shocked by this event. It is a desperately sad incident and I want to be absolutely clear on our unwavering commitment in establishing what has happened here and in seeking justice for this woman and these young children.”