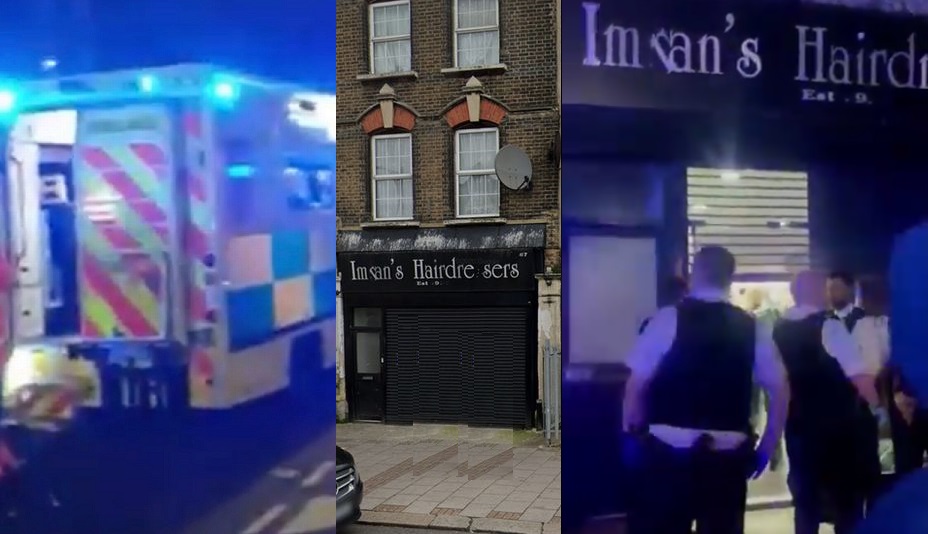 London Ambulance Service were called at 6:58pm on 8 October to Imran’s Hairdressers in Upton Lane, near Forest Gate station, to reports that a number of people were injured.

Three people, who were found with gunshot injuries, were treated at the scene and all three were taken to a major trauma centre.

BBC reported that the 22-year-old man suffered gunshot and stab wounds and was in a critical condition after the attack in Upton Lane, Forest Gate. Two other males, aged 17 and 19, remained in hospital in a condition which is not described as life-threatening.

It was confirmed to this website by family friends that the 22-year-old was from the Keralite community residing in the Newham borough. His condition is reported to be stable with his parents having visited him in hospital.

Due to the nature of the incident and case, no details or names are allowed to be made public at this instance.

Malayalee association members and community has offered any assistance the family requires.

Initial reports from community members close to the victim says that it would be a case of the 22-year-old being in the wrong place at the wrong time.

Full details of the incident will come out only once investigations are completed by the police.

Metropolitan Police have confirmed that the shooting is not being treated as a terrorist incident.

The A114 Upton Lane in Forest Gate was closed on Friday evening in both directions, with traffic queuing from Grosvenor Road to Whyteville Road.

#UPDATE | Police were called at 18:59hrs to reports of a shooting in Upton Lane, E7. Three men were found with gunshot injuries and taken to hospital. We await an update on their conditions. No arrests at this early stage. Any witnesses please call 101 quoting CAD 6941/08Oct.

A Section 60 stop and search order was authorised across the borough of Newham until 3pm Saturday October 9.

A car believed to have been used by the suspects, a black Audi A7, was abandoned in Devenay Road, police said.

Det Sgt Mat Freeman said: “The use of a firearm last night in a crowded part of Newham was callous and reckless. I need to hear from anyone who saw a group behaving suspiciously with this vehicle or recalls seeing an unfamiliar black Audi A7 parked in the area.”

No arrests have been made at this stage, and police are asking for witnesses to get in touch by calling 101 quoting CAD 6941/08Oct.