The T20 World Cup Super 12 stage gets underway from today (Saturday October 22), with Australia taking on New Zealand at the Sydney Cricket Ground.

India will begin its campaign at the 2022 T20 World Cup with a match against Pakistan at the Melbourne Cricket Ground (MCG) on Sunday.

A host of changes made to the playing conditions by the ICC (International Cricket Council) came into effect from October 1. Here is a look at five changes that could be major talking points at the T20 World Cup in Australia.

1. Running out non-striker
The mode of dismissal, in which the bowler runs out a batter who is out of his crease at the non-striker’s end, is no more considered ‘Unfair Play’ and has been moved to the ‘Run Out’ section. Informally called ‘Mankading’, the mode of dismissal has left the cricketing world divided after India’s Deepti Sharma ran England’s Charlie Dean out in this fashion last month.

2. Slow over-rate penalty
The fielding team may often be in a hurry to finish bowling its quota of overs at the T20 World Cup this time with the in-match over-rate penalty rule in place. The rule, which came into effect in January 2022, forces the fielding team to have only four fielders outside the 30-yard circle, instead of five, for every over that begins after 85 minutes have passed since the start of the innings. However, umpires make allowances for injuries, DRS, umpire reviews and other instances beyond the control of the fielding side.

4. Unfair movement by fielders
While there is no change in terms of what is considered unfair movement by fielders, there is a new penalty in place for those found breaching the law. Any unfair and deliberate movement by the fielders while a bowler is running in to bowl will result in the batting side being awarded five penalty runs and the ball being declared a dead-ball. However, it is important to note that a fielder’s movement mid-delivery, in anticipation of the batter’s shot, is deemed legal.

5. Striker’s right to play the ball
A batter will have to have some part of his person or bat within the pitch while playing a shot. If the batter ventures beyond that, the delivery will be called a dead-ball. In case the batter is forced to leave the pitch due to the nature of the delivery, the umpire will signal no-ball and the batter will be awarded a free-hit on the next delivery.

T20 World Cup 2022 final will be played at the MCG on November 13. Below is the full fixture list of the Super 12 stage. 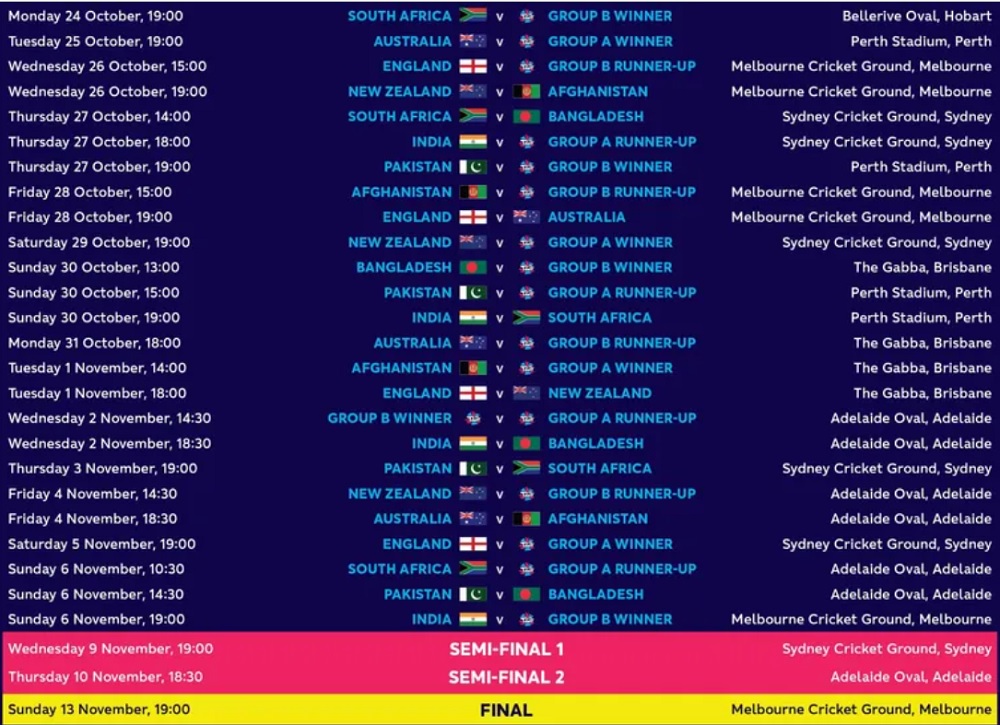