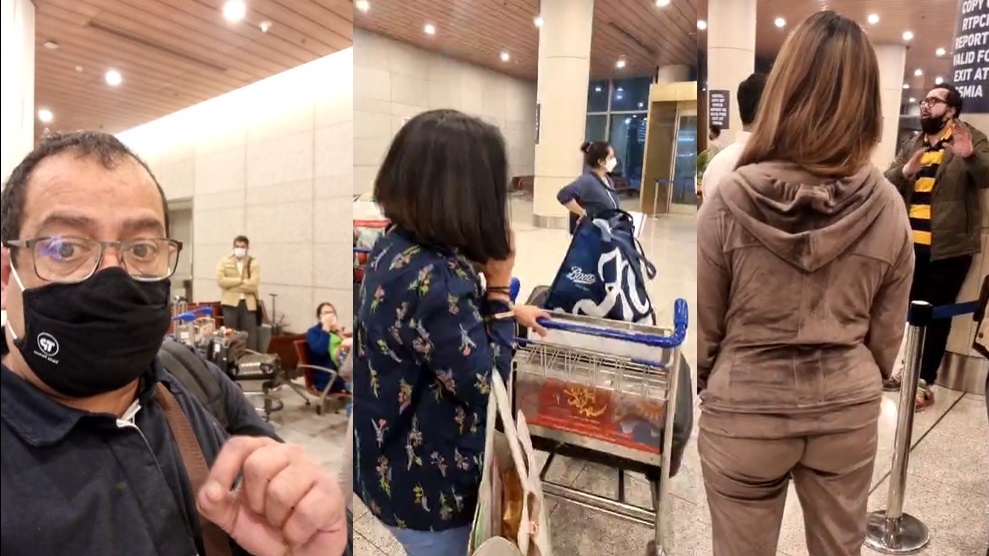 LONDON Jan 3: A Facebook video of an Indian origin British national has gone viral after him being tested Positive for Covid at the Mumbai International Airport. He was tested Negative the previous day prior to departure from Heathrow Airport.

Reports says that Mr Ladwa and wife Sharmili departed Heathrow on December 29 after them having had a PCR test before flying which was negative. The flight landed in Mumbai at 1.30am on December 30 and it was then Ladwa was tested positive while his wife was negative and allowed to leave the airport.

Ladwa was told that he will be moved to a Covid ward in a hospital by the Bombay Municipal Corporation. This was when Mr Ladwa went on facebook online.

Having received a negative test report before they boarded the plane from London’s Heathrow airport, Mr Ladwa claims he asked for a second Covid test at Mumbai for confirmation but was refused. He was reportedly shifted to a government-run quarantine facility and missed the funeral.