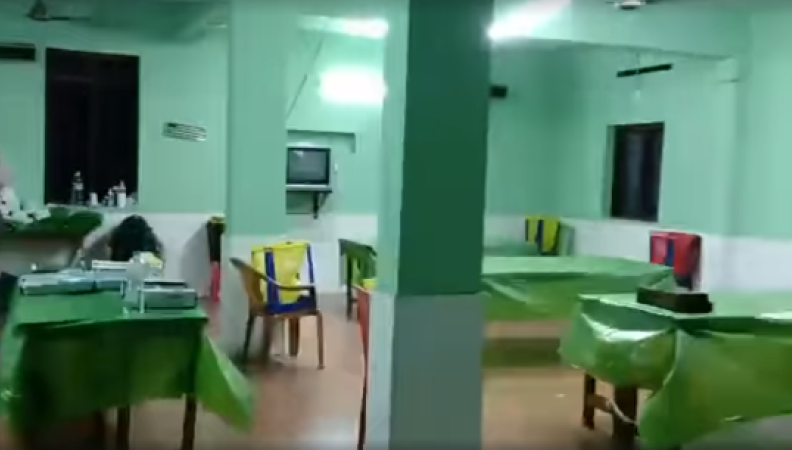 Malappuram, Aug 16: A mosque in north Kerala has offered its prayer hall to perform autopsy of the people who were killed in a massive landslide at a nearby village last week.
The management of the Salafi Juma Masjid at Pothukal near Nilambur in Malappuram district threw its doors open for the autopsy of the decomposed bodies of the landslide victims, cutting across religions.

The mosque is located few kilometres away from Kavalappara, a remote hamlet in the district where a large number of people and children were killed following the landslide last Thursday.

Search operations are still on to trace the bodies of the people, who have gone missing and are feared to have been buried alive.

The remoteness of the place and practical difficulties in shifting the decomposed bodies to the nearest hospital, which is at least 45 km away, have forced the authorities to look for a temporary facility for post-mortem.

When the police and authorities approached the mosque management with the request, they wholeheartedly offered a portion of their prayer hall and other facilities for performing the autopsy.

Thus, the prayer hall is now working as a makeshift autopsy centre and study tables there are used for post-mortem, health authorities said.

The bodies of nearly 30 people, recovered after days of searches, were brought at the mosque for autopsy till Wednesday, they said.

The noble gesture came to light after Parameswaran, a staff in the government medical college, Manjeri, posted a video of the prayer hall and the makeshift autopsy facility on social media.

He said it was one of the finest examples of communal harmony prevailing in the state.

While delivering the Independence Day speech in Thiruvananthapuram, Chief Minister Pinarayi Vijayan on Thursday lavished praise on the mosque management, saying it was a great model of communal harmony and secularism the state can proudly present before the country.