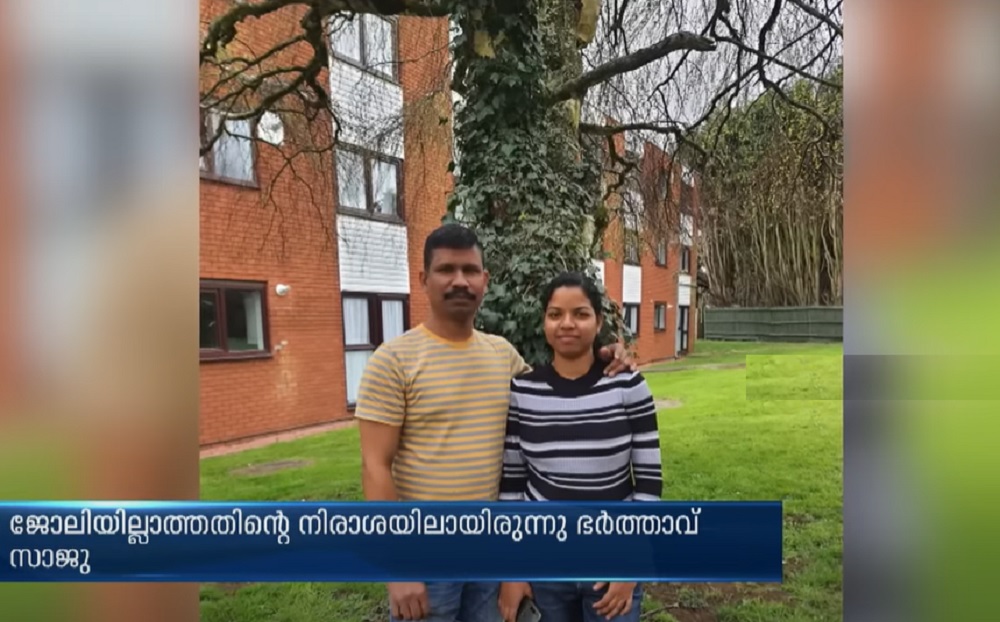 KOTTAYAM Dec 16: A Keralite mother and her two children were allegedly murdered by her husband and father to her two children at their home in Kettering. Although police have not yet revealed the names of the deceased news reports from Kerala confirm that the family is from Kannur.

The deceased have been identified as Anju (40), a native of Vaikom in Kottayam; and her children Jhanvi (4) and Jeeva (6). The woman’s husband Chelevalan Saju (52), a native of Kombanpara at Kannur’s Padiyoor panchayat, is being questioned by Northamptonshire police.

A video news report from Asianet says that husband Saju’s joblessness situation and friction due to financial issues between couple may have lead to the incident. Asianet News spoke to Anju’s father who said that the information he has received from the UK states that it is Saju who committed the gruesome act. It was confirmed that there were financial issues as the family were not sending any money home and also it appeared to them that there were friction between the two.