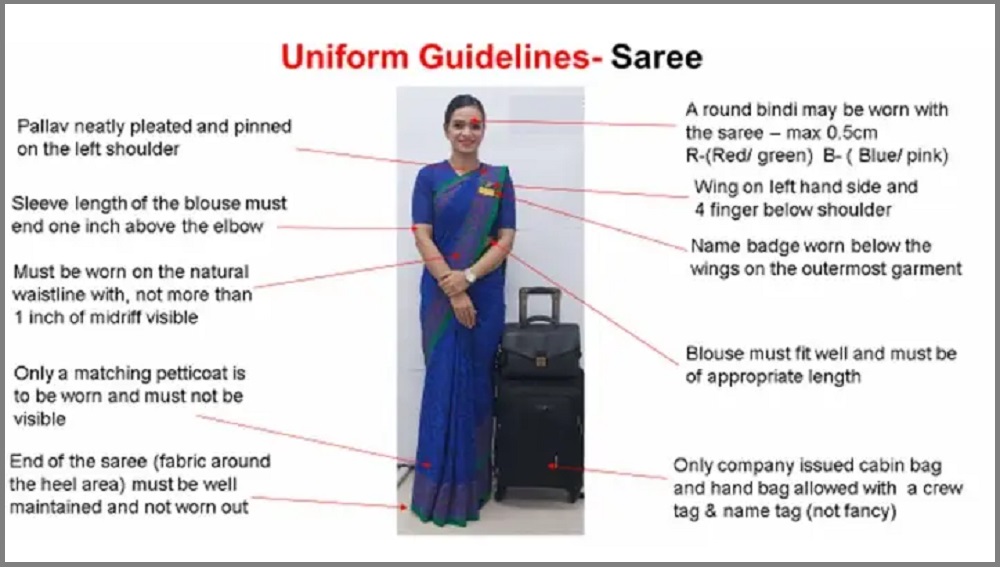 NEW DELHI Nov 25: Tata-owned Air India has updated its grooming rules for its cabin crew. One of the points in the refreshed guidelines says male cabin crew with deep receding hairline and balding patches should switch to a clean shaved or bald look.

“Air India is the only airline in the country which has been serving the world for many decades. Representations and images of the crew are not as per international standards. The new management wants to change the perception of flyers,” ANI reported, quoting one of the sources.

“Bald look is allowed for crew with male balding patterns. Crew with U and V shape hairline on crown, visible scalp and large bald patches must keep a full bald look. Head must be shaved daily for a clean look. Crew cut is not permitted,” the cabin crew handbook says.

The guidelines published under the name “Cabin Crew Handbook” also says, “Unbecoming lounging while in group should be avoided and decorum whilst in uniform should be always maintained. Quiet conversation is always appreciated.”

Tata Sons in October last year regained control of Air India nearly 70 years after its nationalisation. The government picked the salt-to-software conglomerate as the winning bidder for the airline.

Air India will progressively induct 30 new aircraft, including five wide-body Boeing planes, from December this year as the airline looks to boost its domestic and international services.