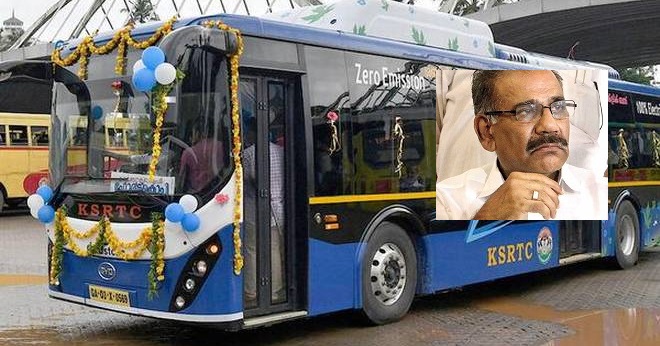 THIRUVANANTHAPURAM May 12: Kerala government’s plan to switch to electric mobility (e-mobility) platform is poised to get a thrust as a high-level delegation from Kerala aims to visit the United Kingdom in June 2019, Express News Service reported.

The four-member team led by Transport Minister A K Saseendran is scheduled to embark on the foreign visit from June 1st to 9th. However, sources said that the visit is
subject to clearance from the External Affairs, Finance and Home Ministries.

“It was based on an invitation from the UK that the state government decided to send a delegation team there. The invitation was for attending an international
seminar. Though the state had given its nod for the visit, the final approval will have to come from the ministries concerned,” said Saseendran.

However, the proposal note sent by the state to the Centre mentions that the visit is for exploring the new trends and possibilities in the mobility sector and to
learn various transport mobility initiatives adopted by UK.

There are concerns that the Centre might not process the proposal for the foreign visit as the state is required to send the same to the ministries concerned at least
three weeks before the scheduled visit. Also, the visit to the UK by the minister and other officers coincide with the 15th session of the Assembly, which will begin
on May 27 and last till the second week of July.

When asked, Jyothilal said: “The visit has come in the backdrop of a couple of meetings that the state had with the delegation from the UK. And that includes the
meeting of British High Commissioner to India Dominic Asquith with Governor P Sathasivam and Chief Minister Pinarayi Vijayan.”

He further added: “The high commissioner in his visit to the state in November had expressed interest in cooperating with the state in e-mobility, waste management,
skill development, technical education and urban development. Also, some UK based companies had extended their cooperation in the state’s efforts to switch to e-
vehicle platform.”

According to the Transport Secretary, the visit to the UK might help the state to get new insights for developing a robust infrastructure for electric vehicles.

Earlier, Finance Minister T M Thomas Isaac in 2019-20 Budget had stated that due to the increase in pollution from diesel and petrol vehicles it has been proposed to
encourage registration of electric vehicles. The minister further added that in accordance with State Electric Vehicle Policy, steps will be taken to increase the
number of electric vehicles to ten lakh by 2022. The budget also proposed that in the first phase, all the services in Thiruvananthapuram Corporation will be changed
to electric buses. Thereby making it the first city in India to have a hundred per cent e-bus service.