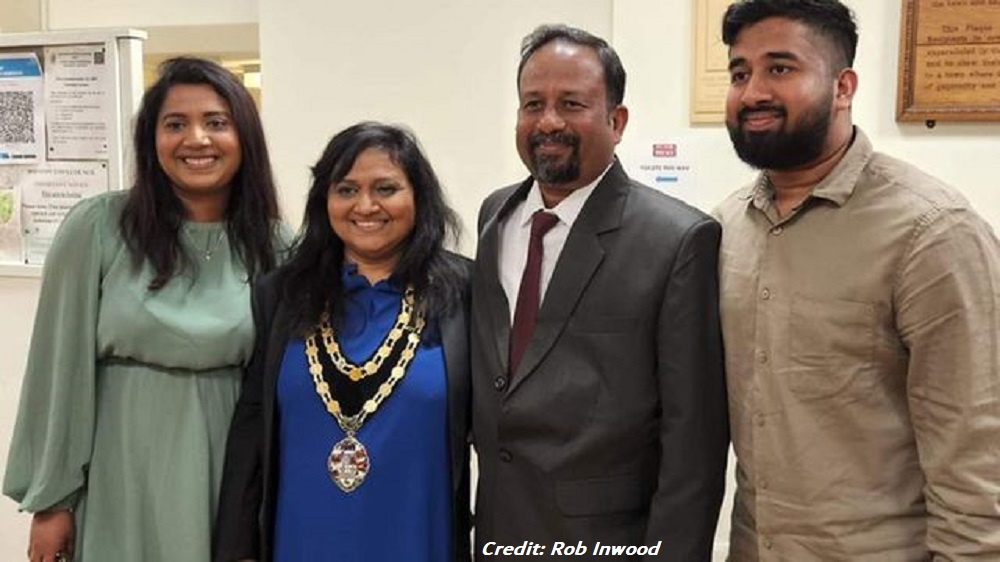 LONDON May 18: Keralite Mary Antony of Royston Town Party has been elected the first Asian mayor at Royston Town Council following the recent council elections held on 5th May. The vote was unanimous from all present council members and from all political parties at the council meeting.

Mary Antony is also the deputy leader of the Royston Town Party, which was founded to promote local initiatives.

Speaking to Royston Crow she said: “I am an educator by profession and promoting higher learning is very close to my heart. Secondly I have great concern for the elderly people. Making transportation accessible to all and enhancing the medical service will be a priority for me. In line with RTP as a mayor I will promote tourism and support local businesses.”

Mary Antony is native of Perumbadavom in Kochi who lived and worked in north India.

Mary Antony worked as a teacher in Mumbai and Baroda before settling in the UK. She had also served as the principal of a school in Kerala for two years.

She lives in the UK with her family consisting of husband Dr Robin Antony and two children Ria Robin and Reeve Robin.

Dr Robin Antony is an active member of the Cambridge Malayalee Association and a former secretary. Members from CMA attended the swearing in ceremony held at the Royston Town Hall.